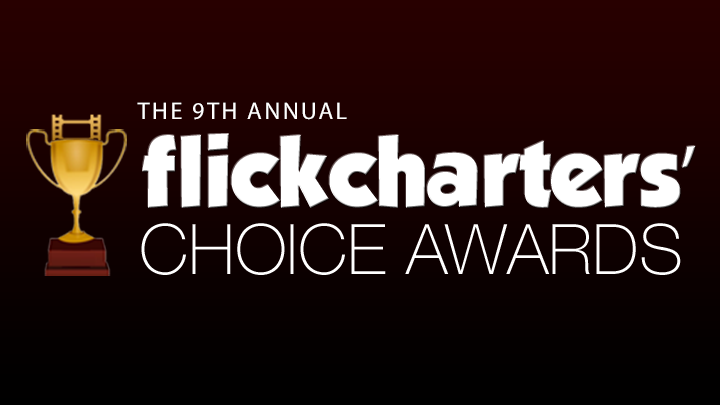 For the ninth year in a row, Flickcharters have voted for their favorites in a wide variety of categories, from the worst and best of the previous year to the films that interest us most in the coming year. Now that the votes have been tallied, here are your winners for The 9th Annual Flickcharters’ Choice Awards!

Climax
The Farewell
I Lost My Body
Pain and Glory
Parasite 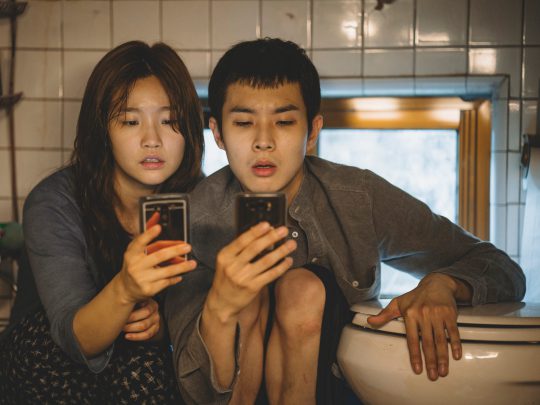 In one of the most commanding leads in Flickchart Awards history, Parasite dominated this category with 84.7% of the votes. By comparison, second place Pain and Glory only received 4.7% of the votes. 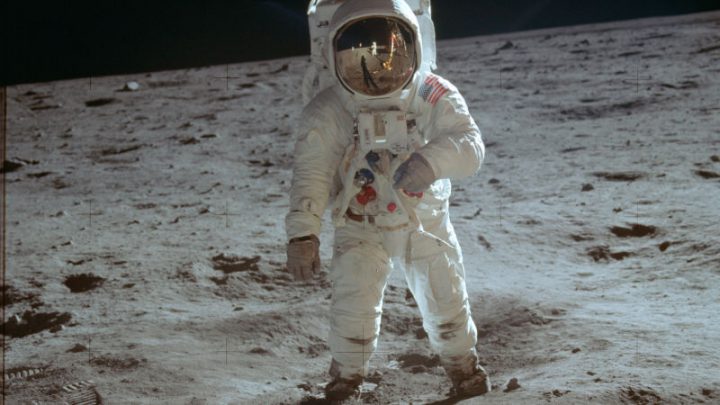 Receiving almost half of all votes in this category, Apollo 11 easily wins with this stunning in-depth look at this important NASA mission to the moon, defeating fraudulent music festivals, Macedonian beekeepers, former British schoolchildren, and even the dark lord himself.

How to Train Your Dragon: The Hidden World
I Lost My Body
The LEGO Movie 2: The Second Part
Missing Link
Toy Story 4 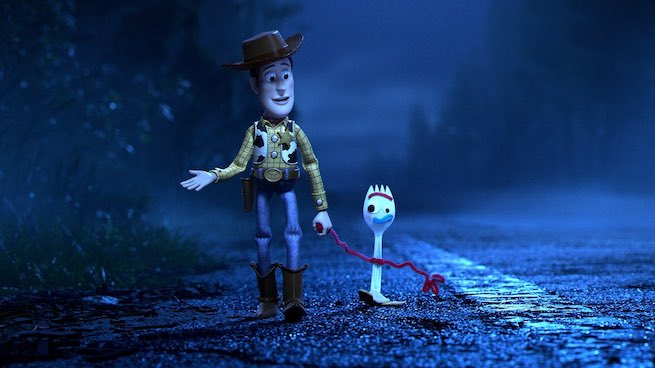 No other film stood a chance against Woody and Buzz’s fourth adventure, as Toy Story 4 receives 54.8% of all votes. Toy Story 4 becomes the third Pixar film to win this category, after Inside Out and Coco and the fifth year that Disney has won in this category.

And The “Winner Is… 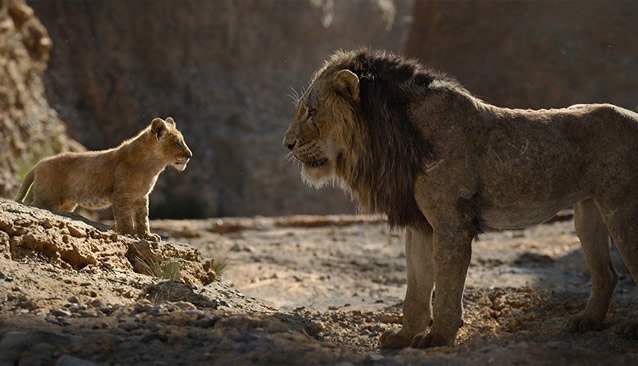 In a break from most years, Worst Film was also filled with some of the biggest films of the year, making for a category that was dominated by Disney properties. Despite making over $1.5 billion dollars worldwide, Disney’s “live-action” The Lion King remake “wins” with 27.6% of the vote. Disney properties accounted for 63.8% of the votes in this category this year.

Most Anticipated Film of 2020

Dune
The French Dispatch
Mank
No Time to Die
Tenet

In the first ever Flickchart Awards, Christopher Nolan won most anticipated film for The Dark Knight Rises. This year, he wins that category again for the upcoming Tenet, which looks to be a twisty, mind-bending story that is right in Nolan’s wheelhouse. Last year’s winner, Once Upon a Time…in Hollywood not only became one of our most nominated films this year, but also ended up receiving a nomination for Most Overrated.

Best Underranked Film goes to the best film which under 200 people have ranked on Flickchart, with past winners including Room, Manchester by the Sea, and Phantom Thread. This year’s winner, The Art of Self-Defense, squeaked out a win, beating second place Pain and Glory by only one vote. 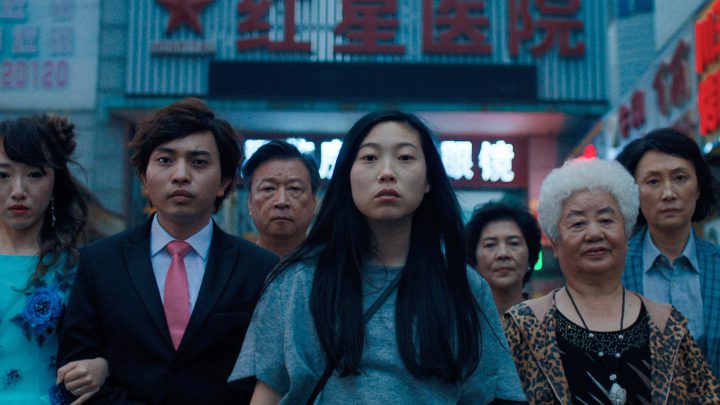 After a complete shutout in the Oscar nominations, it’s no surprise voters thought Lulu Wang’s The Farewell deserved more love. With 35.1% of votes, The Farewell easily wins .

Avengers: Endgame
The Irishman
Joker
Once Upon a Time…in Hollywood
Star Wars: The Rise of Skywalker 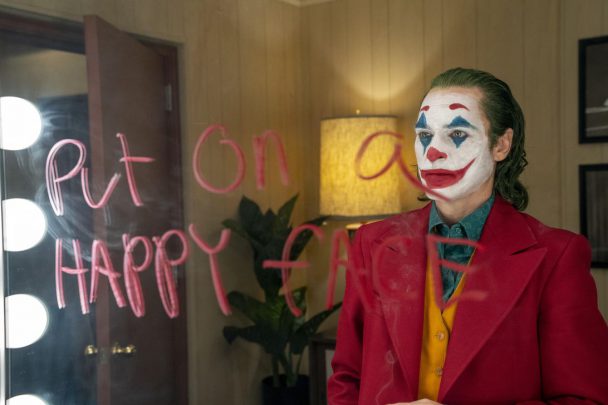 Joker was certainly one of the most divisive films of the year, but voters came out on the negative side in this category, giving Joker an easy win with over a third of votes. This year’s nominees included three Best Picture nominees and three of the highest-grossing films of 2019. Joker was not only nominated for Best Picture, but was the ninth highest-grossing film of last year. It becomes the fifth film based on a comic book character to win in this category.

Avengers: Endgame
Knives Out
Parasite
Ready or Not
Under the Silver Lake 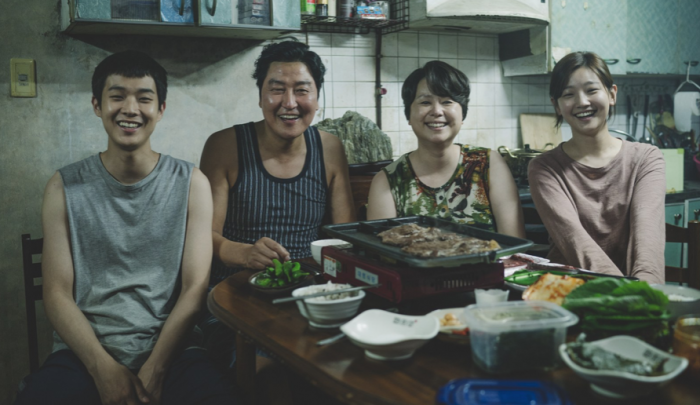 Bong Joon-ho‘s Parasite is full of twists and unexpected turns, a film best to watch knowing as little going in as possible. Because of that, Parasite‘s win here makes perfect sense. However, Parasite had tight competition in this category, beating Knives Out by only one vote. 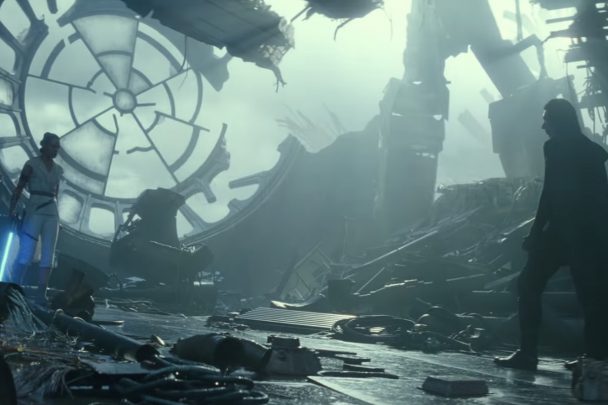 For the second year in a row, a Star Wars films wins in this category after 2018’s Solo: A Star Wars Story. The conclusion of the Skywalker Saga was not a satisfying one for voters, as Star Wars: The Rise of Skywalker won almost half of the votes, receiving 48.6% of all votes.

In another runaway win, 1917 wins handily with 40.8% of votes, thanks to Sam Mendes and cinematographer Roger Deakins. This is the second time a Deakins film has won in this category, after his win for Blade Runner 2049. 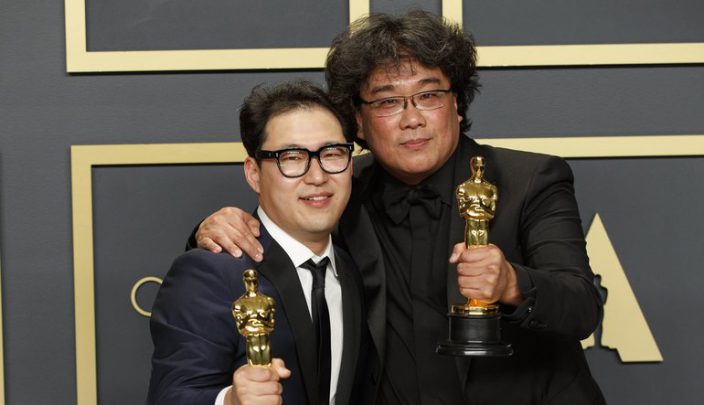 With a commanding third of the votes, Bong Joon-ho and Han Jin-won’s win for Parasite makes this the first film not in English to win in this category. 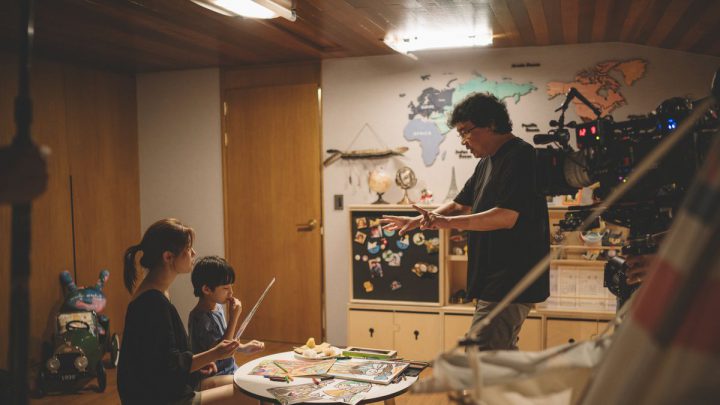 In another major lead for Parasite, Bong Joon-ho wins here with 39.3% of votes. Parasite becomes the first film ever in Flickchart Awards history to win both writing and directing. 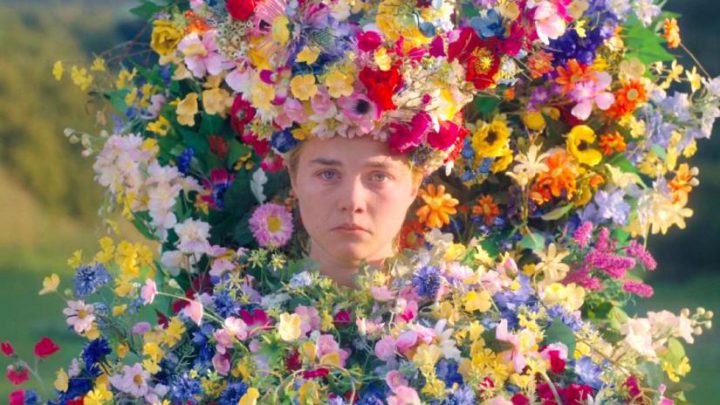 In a year that gave us two scene-stealing performances from Florence Pugh, both in Little Women and Midsommar, it’s hard to imagine this category going to anyone else. With voters giving Pugh 55.2% of the votes, 2019 was clearly the year of Florence Pugh. 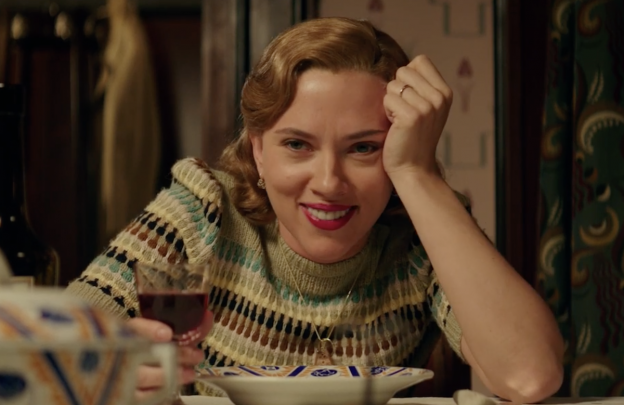 In one of the closest, most evenly voted categories this year, Scarlett Johansson squeaked out a victory as the mother to the eponymous Hitler youth in Jojo Rabbit. Johansson beat Park So-Dam by only two votes, and Florence Pugh by four. 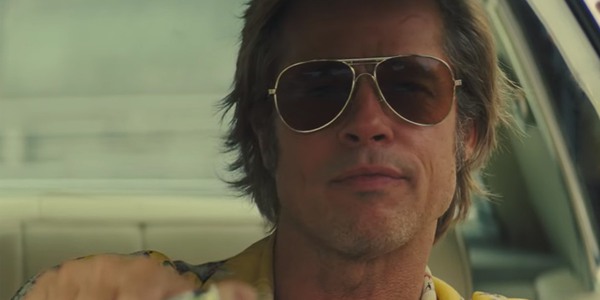 Brad Pitt in Once Upon a Time…in Hollywood becomes our fifth winner in this category to also win the Oscar for Best Supporting Actor. With 36.7% of the vote, Pitt wasn’t quite a runaway win, as Willem Dafoe came in close behind with 30.6% of votes. Meanwhile, Timothée Chalamet received the least amount of votes in any acting category, getting only seven votes. 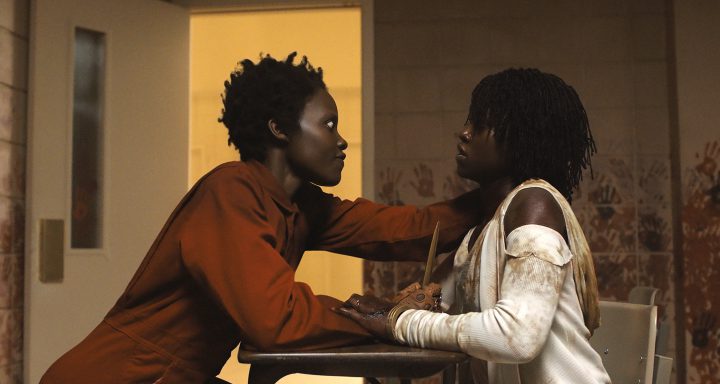 The only acting winner this year also snubbed by the Oscars is Lupita Nyong’o shocking dual performance in Us, winning with 37.1% of votes. Nyong’o is only the second actress, along with Viola Davis, to win multiple acting awards at the Flickchart Awards. Nyong’o previous won Best Supporting Actress for 12 Years a Slave. 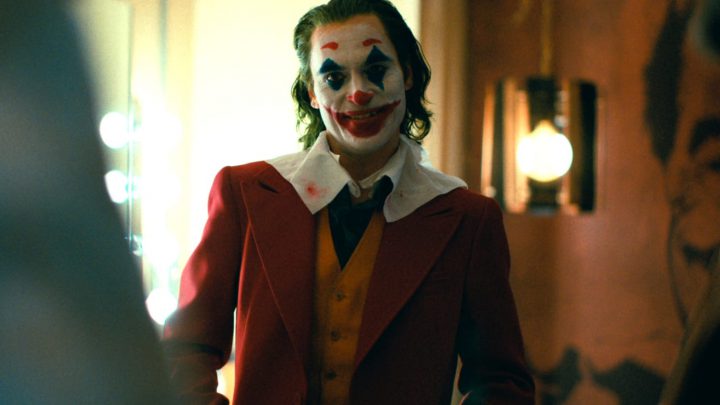 Despite winning Most Overrated, Joaquin Phoenix‘s performance in Joker had the biggest lead in any acting category, with 42.9% of votes. It is the first win for Phoenix, despite this being his fifth nomination.

Avengers: Endgame
Knives Out
Little Women
Once Upon a Time…in Hollywood
Parasite

And the Winner Is… 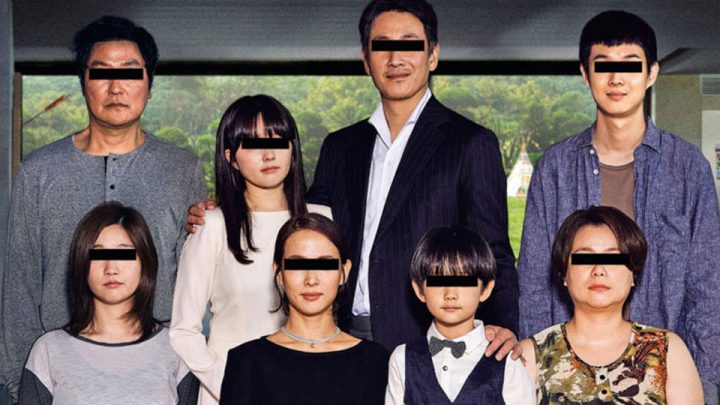 Despite going up against nominees with massive stars and casts, Parasite once again gets the win, winning with 28.8% of votes. 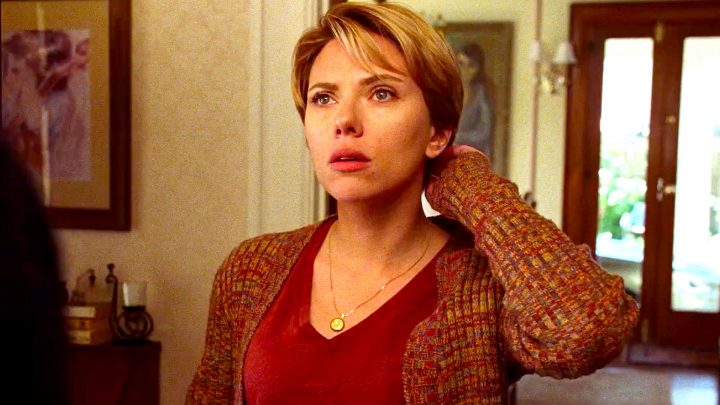 With a year that included performances in Jojo Rabbit, Marriage Story and Avengers: Endgame, and receiving her first two Oscar nominations, not to mention being nominated in two other categories of these awards, Scarlett Johansson makes a lot of sense as winner here, getting 32.2% of votes. Despite excellent performances in The Peanut Butter Falcon and Honey Boy, which he also wrote, Shia LaBeouf becomes the least voted-for nominee in any category. 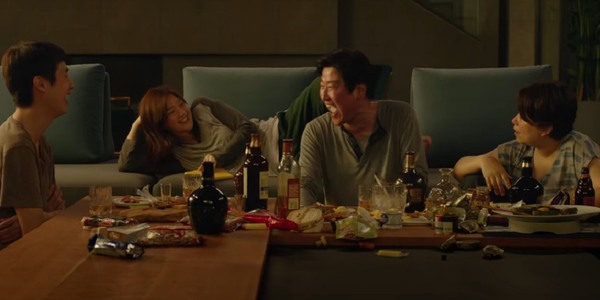 Without giving too much away, the “Early Homecoming” scene from Parasite is one of the most exciting and tense moments from 2019, and our voters easily voted in the Best Scene of the year, with 31.5% of votes, despite Avengers: Endgame and Marriage Story both receiving dual nominations in this category.

Best Film of the Decade

Avengers: Endgame
Knives Out
Little Women
Once Upon a Time…in Hollywood
Parasite 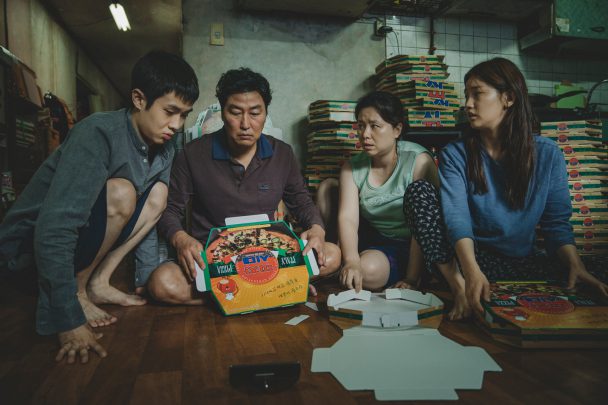 In a massive runaway victory — a rarity in Best Picture — Parasite becomes the first film not primarily in English to win this category, with 50% of all votes. Parasite not only dominated our awards this year, but with seven wins overall, becomes the most awarded film in Flickchart history!

Those are your 9th Annual Flickcharters’ Choice Awards Winners! With seven wins, Parasite destroyed the competition this year, becoming the only film to win multiple positive awards.

Thanks for participating in this year’s awards. Start watching 2020’s films now to prepare for next year’s!