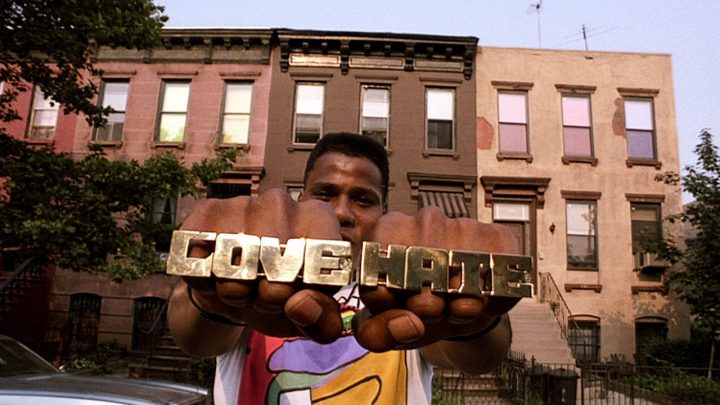 Hollywood loves to tell stories about New York City because it likes to believe that New York is the soul of America. We want to believe that the entire Western Hemisphere never sleeps, that big buildings signify a civilization and culture just as sophisticated as our engineering, and that the close proximity of wealth to poverty means that the extremes to which we take both of them in this country are reasonable and justified.

Since the dawn of cinema, we have desperately wanted New York City to be our shining city on a hill, a symbol of American exceptionalism and a celebration in microcosm of the great communal experiment of continuous unchecked collisions of capitalism and multiculturalism.

As such, as our collective Yankee optimism waxes and wanes over the decades, you can see how this is reflected in how we present life in those 176 zip codes. The stories that come closest to the “truth” about what New York City is really like are the rare films which attempt to speak directly to the divided nature of the city’s essence — how the city is trying to be many things to many (many) people all at once and tripping over itself in the process. Films that come to mind in this vein are The Naked City, Scrooged, and Big, each trying, with varying degrees of success, to portray and explore the constant cross-class clashes that constitute the city’s normal modes of being.

But this is hard. Trying to make a movie accurately complex in its social realities is difficult enough, and when you do, it can take over the movie, forcing your simple little crime story or whatever to meditate on sociological topics way above its weight.

Most films that use the Apple as a backdrop avoid the problem by making a choice as to which New York they’re taking place in. A movie chooses a particular, filtered, blinkered, trope-ic gestalt that is tailor-made to support its characters and story. The better films justify this through the socioeconomic choices of their main characters, but their visions of New York are inevitably flattened, simplified tourist flyers, sticky enough to adhere to the minds of the audience.

To be sure, this isn’t done in bad faith (usually), to talk down to the audience, nor is it (necessarily) bad storycraft. All stories must present an image of the world that is simpler than the actual world; that’s what a story is, a custom-cut image of the world seen from one particular angle. The phenomenon of simplifying New York City provides a specific, hard-edged case study of the kinds of cherry-picking and boiling-down that happens to various degrees all over the screen.

I hope you sound off in the comments about your favorite New Yorks in film, but there are three main flavors that we see over and over again. Let’s explore these streets together and see what they have to teach us about the challenge of telling stories in the most complex, and most American, place on Earth. 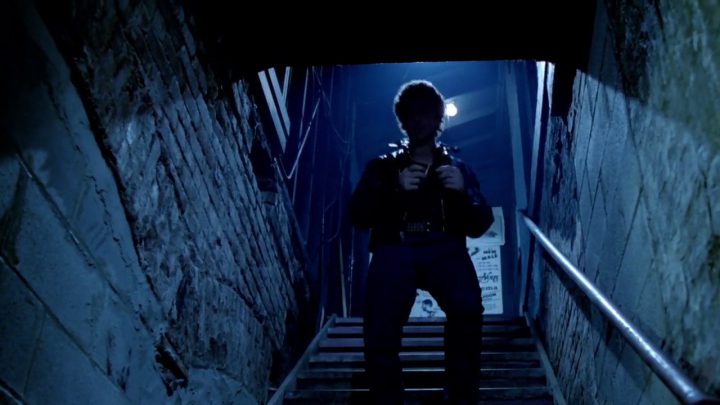 This is Travis Bickle‘s New York, where The Warriors roam and where there’s Panic in Needle Park because of all the Cruising during the Summer of Sam. This is the only place where ghostbusters could believably live side-by-side with men in black and mutant turtles, all right under the noses of the Normals, because look around you: a hellboy is probably the least nightmarish thing you’ll see on the subway tonight.

This is the apotheosis of city-as-modern-jungle, an environment inherently hostile to human life, and ironically so, because we did it to ourselves.

2 – The Mecca of Chic and Elite 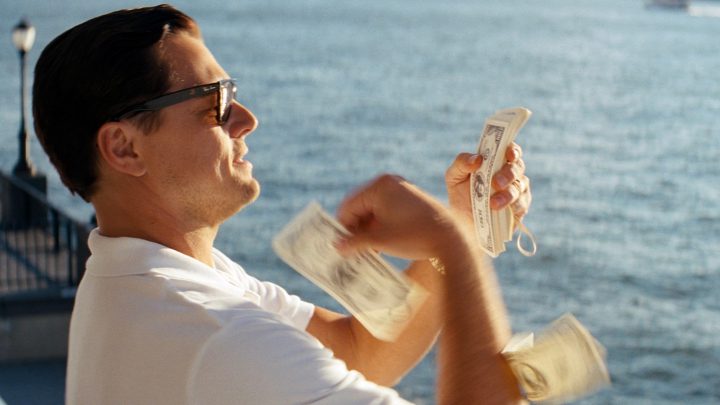 At the other end of the spectrum is the New York that isn’t an adversary, but rather uniquely tailored to, or maybe made in the image of, the ultra-rich and the uber-stylish. This is the New York that is the American Paris, our crown jewel populated by our most cosmopolitan classes, a place where they can go to “be rich” and live the lives that the rest of us dream about down in the salt mines.

Michael Douglas spends a lot of time here, on the various Wall Streets and in Fatal Attractions. He probably would have been the better choice for Eyes Wide Shut (but maybe he would have fit in too well; that’s a film about discontinuity; more on this in a future essay). I’ve written at length about the frothy, pink, gold-flecked upper tax brackets of The Nanny Diaries and The Devil Wears Prada, films that make only the barest hints of slightly-lower-class lifestyles below Union Square, lifestyles which are still remarkably clean, comfortable, and color-coordinated.

The most recent incarnation of this New York, one that reveals all sorts of nuance about our relationship to crime as well as wealth, is John Wick, where we are shown a shadow society of criminals which exists alongside our own, and which from the outside looks “merely” like the upper echelons of the American oligarchy. The city’s appetite for excess, for the exclusive “baller” lifestyle that we’re told we’re all supposed to exalt and pursue relentlessly, is so enormous that several international crime families can easily hide inside of it. This is utterly believable. 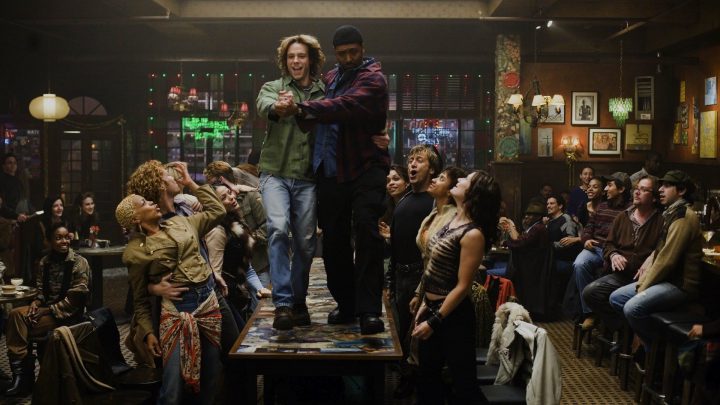 As with most stereotypes, the first two New Yorks described above are essentially negative. Most of these films manage to find some kind of redeeming quality in their setting, perhaps only as the impeding force that the characters must triumph over in order for the plot to happen. But the general take-home message tends not to be a glowing endorsement of the city as a whole.

There is another New York, related but distinct from the other two, that allows the city to brag about its unique alchemical impact on the human imagination. This is the New York that catalyzes the human spirit into an engine of creation, joining the city’s ancient lineage of gods and monsters who sang and danced and wrote and painted and generally managed to scream back at the world because the city bathed them in just the right mix of neon radiation, wet humanity, and grime.

This is the artistic, intellectual, cultural New York, the one that Hollywood alternately mocks and glorifies from the opposing coast, jealous of its seniority and distrustful of its establishmentarianism but unable to deny the legacy of Whitman, Warhol, Parker, and Henry Miller, now shouldered by the likes of Allen and Scorcese.

We see this New York on display in Birdman, in Black Swan, in the improbable class collisions of Finding Forrester (improbable anywhere else but NYC), in the crucible that is Whiplash, even in the dangerously encouraging fable Coyote Ugly where it is strongly put forth that being all the way over in South Amboy, New Jersey (25.14 miles from New York City) is essentially to have no future in music and you might as well not even bother unless you are able to physically move your shitty keyboard and terrible wardrobe to literally the island of Manhattan.

But let’s face, Coyote Ugly has a point. Piper Parabo is merely doing what all other artists do: finding the surroundings in which their art seems to happen more easily. It’s not her fault that millions before her have turned her choice of destination into a cliché, any more than it’s the fault of the throngs currently on their way there now as we speak.

We are drawn to this place because others have been drawn here, because others have been drawn here, again and again through history. At first we just want a little of what they had, something maybe that rubbed off onto a park bench that we might just happen to find. But then later we start to see that they were simply drinking from the well, some subterranean vibration of ley lines or magnetite or isotopes in the hot dog mustard from which we too can learn to extract just a little something extra, maybe just a placebo, but something that makes us better artists, however we choose to define that.

These are the movies brave enough to try to tell at least a little piece of that raw, complicated, emotional story. 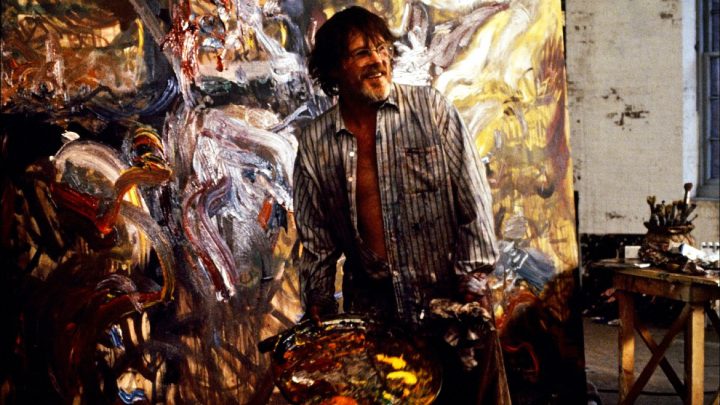 All of the above New Yorks are real places. The City is the largest place on Earth, conceptually large, ontologically large. It remains a mainstay in cinema because it is both discrete and wide-reaching, an island chameleon that wants to help you tell whatever story it is you have in your heart.

There are other cities, brilliant and beautiful cities where magic happens every day and which make their movies better, but none has managed to displace the chaotic-neutral iconicism of New York City from its place as Everyman’s Babylon, the urban jungle where everything that can happen, does.

What are your top New York City films on Flickchart?