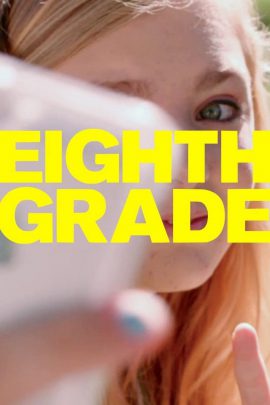 Coming-of-age films can be dime a dozen. Many of them follow a familiar formula: young person undergoes growing pains, learns lessons about life, has a conflict with a friend or parent, and resolves to move forward to a brighter future. Bo Burnham‘s directorial debut, Eighth Grade, confidently checks some of those boxes. In many ways, the movie follows the template. Yet it succeeds through a startling honesty in its depiction of middle-school life, and its embrace of conventionally un-cinematic qualities to tell a less-Hollywood version of the story with no clear answers and a refreshing lack of resolution for many of its plot threads.

Eighth Grade follows Kayla (Elsie Fisher) in her final week of middle school. She’s hardly the most popular girl at her school. Kayla earns the superlative of “Most Quiet” early in the film, an identity that Kayla doesn’t agree with as we see in one of her many YouTube segments. A striking feature of this character is the bright red acne splashed across her face. Many films depicting teenagers are instantly unbelievable thanks to their unblemished faces, so this is a powerful, if subtle, way to up the authenticity.

Don’t get me wrong — Spider-Man: Homecoming, for example, is still a fine teenager film. But few teens ever look like Tom Holland. Eighth Grade is unafraid to show not only Kayla, but the entire cast, as real people with pockmarks, zits, differing body types, and all sorts of features of regular people. Even the popular girls look like real people, not like the Plastics of Mean Girls.

Burnham’s commitment to authenticity is clear throughout his script. He doesn’t shy away from depicting real moments for these Gen-Z middle-schoolers, even to the point of being uncomfortable for some parents who might view the film with their middle-school aged children. Kayla, at one point, uses the amazing powers of the internet to look up how to perform oral sex. Burnham also depicts young girls emphasizing their sexuality to get boys’ attention, and being pressured by boys to do sexual acts. One scene on this topic is authentic in a chilling way, showcasing aspects of sexuality that feel eerily on-point in the wake of #MeToo. 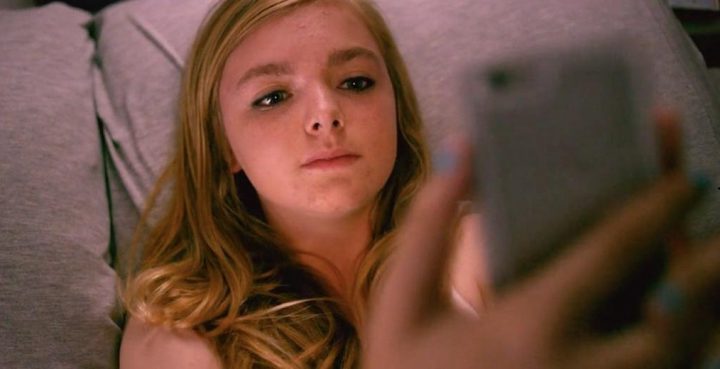 But it’s not at all grim. Kayla finds friends in unlikely places through the course of the film. Great acting is everywhere, too: Elsie Fisher’s bubbly nervous energy as she makes plans to meet a new friend at the mall rings true. Some great moments also come from her relationship with her father. He’s a neat, if minor, character who doesn’t fall into the Movie Dad tropes. Josh Hamilton‘s character certainly has awkward moments, but he’s a real character dealing with his own issues, hinted at occasionally. One of the best-acted scenes in the film is the one in which he and Kayla sit around a fire together. Kayla’s mother isn’t in the picture, but the film doesn’t dwell on this.

One could criticize Burnham’s film for being a little too on-the-nose. The film ends with Kayla basically spelling out the moral of the story. It might be slightly convenient that Kayla goes through a wide variety of adolescent experiences in the course of a week. Yet bluntness is what you’d expect from a middle-schooler. Kayla’s YouTube videos are an effective device for her to convey her lessons, and they serve as believable bookmarks on her experiences. Burnham develops an audio cue for these videos in a nice bit of editing. 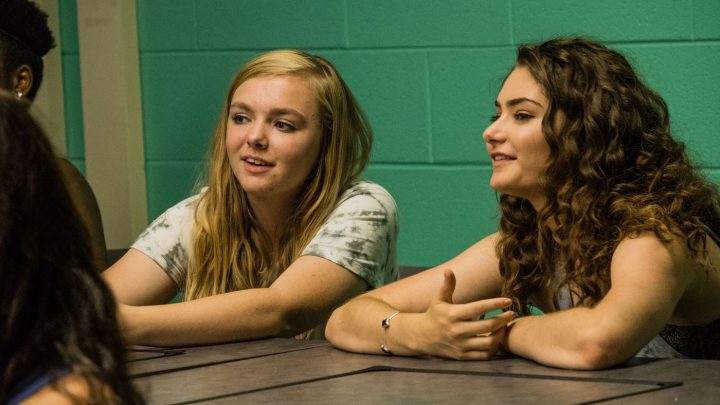 A vignette approach helps Burnham avoid excessive tidiness. We never see how Kayla’s relationship with her newly-made friends progresses after their first meeting, and the film doesn’t follow up on her first romantic date. The movie shows only small indications of where her life might be headed. And that’s authentic; high school can be a time of great change, and Burnham’s recognition of Kayla’s uncertain future is Eighth Grade‘s greatest strength. And after this, it’s also exciting to wonder where Burnham’s directorial career will take him.

2018 has been a summer of strong directorial debuts, and Eighth Grade is another for the year’s tally. While coming-of-age stories are not new, they are in a sense eternally fresh, because their details change with each new generations. There are commonalities to the adolescent experience that make the movie resonate with audiences of all ages, but the current generation will hear its voice spoken clearly in Eighth Grade.

Rank Eighth Grade and every other coming-of-age film on Flickchart!