The Ready Player One References You Might’ve Missed

In the lead-up to its release, the creators of Ready Player One stated that they wanted audiences to scream out the references they noticed. Steven Spielberg and his team have made a pop culture feast in their adaptation of Ernest Cline’s 2011 book. Spielberg has made some of these references immediately obvious, such as the DeLorean from Back to the Future and bringing back the Iron Giant for battle. The story of Ready Player One is literally one big Easter egg hunt. Given the sheer number of references, though, it can be hard to catch them all. To help you out, we’ve created a list of some you might’ve missed on first viewing. 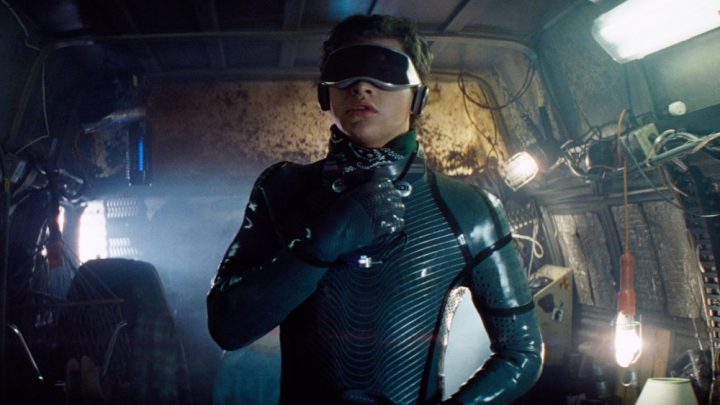 The first jolt of references comes when Wade Watts enters the OASIS for the first time. The OASIS is a virtual world where players can become whatever they desire. More often than not, people seem to become various pop culture characters. Some of these are incredibly obvious, like Hello Kitty or Marvin the Martian, but a closer look shows some surprising cameos.

Spielberg’s camera moves pretty fast through this sequence, but right behind Marvin the Martian, the trio of Gex, Bubsy the Cat, and Aero the Acro-Bat can clearly be seen in the background having a conversation. Also, behind Hello Kitty, eagle-eyed viewers can catch all sorts of characters, including The Snorks, Elmyra from Spielberg’s Tiny Toon Adventures, Statler (oddly without Waldorf) from The Muppets, Bullwinkle, Long Duck Dong from Sixteen Candles and Balki Bartokomous from Perfect Strangers.

When Wade shows the planet DOOM, which is in constant battle, there are some obvious choices for the fight, like Duke Nukem, Freddy Kreuger, and Jason Voorhees. Spielberg throws a few unexpected faces into the fight, too. Among the fray can be seen Purple Tentacle from the video game Maniac Mansion, Joan Crawford armed with wire hangers from Mommie Dearest, Bulk and Skull from Mighty Morphin’ Power Rangers, Blue Suede Goo from ClayFighters, Condiment King from Batman: The Animated Series, and the Pong paddle shooting out balls at enemies from high above the battle field.

The first big set piece of Ready Player One is a giant race through an insane, pseudo-Hot Wheels track that ends at Central Park. In the race, one can see Ryu from Street Fighter or The A-Team’s quite easily. But did you catch some of these other racers?

Near the back of the race is Harry and Lloyd’s sheepdog van from Dumb and Dumber.

Among the cars destroyed on the way through the race are the Canyonero from The Simpsons, the Ambiguously Gay Duo’s penis car, the Flintstone family car, and the Oscar Meyer Wienermobile. Finally, the location of the finish line at Central Park is obviously a reference to Friends and the Central Perk cafe, which the six friends frequent regularly.

Speaking of cars, later in the real world, we see Helen Harris (Aech) in her own vehicle, which is an old mail truck that seems to have a giant camera built into the side of the car. This is a clear homage to the Oscar nominated Faces Places — the critically-acclaimed Agnes Varda and JR. film from last year.

The OASIS also features a giant nightclub, which OASIS creator James Halliday made when he was too afraid to take a girl out dancing. This segment is meant to be a high point of the romantic relationship between Wade’s Parzival and Art3mis. Yet throughout the club, Spielberg has thrown in a combination of strange character pairings that each have a significant number of shippers across the Internet.

When Parzival and Art3mis take the dance floor, flying high above them is the curious pairing of Shadow the Hedgehog and Shrek, while throughout the dance sequence can be seen the following couples: Squall from Final Fantasy VIII and Stefan Urkel, Frankenstein’s monster and Voldemort, Slimer from Ghostbusters and Dipsy from Teletubbies and Freakazoid with Kuzco from The Emperor’s New Groove.

As one of the most iconic filmmakers of all time, it’s no surprise that Spielberg would reference himself throughout Ready Player One. It’s hard to miss the dinosaurs from Jurassic Park, but Spielberg’s best self-references are a bit harder to spot.

During the climactic battle at the end of the film, Oskar Schindler can be seen riding the War Horse into the fight. At the Halliday public library, several characters can be studying together in the stacks, with Tintin, Abraham Lincoln, Haley Joel Osment’s David from A.I. and Matthew McConaughey’s Roger Sherman Baldwin from Amistad all studying at the same table. Also if you look close enough, during the fight on DOOM, you can see Quint from Jaws being shot in his arm, then going back to pick up his own arm, a clear homage to Saving Private Ryan.

The film’s big villain, Sorrento, is known for his lack of pop culture knowledge, and is considered the villain because of it. Yet there are still several pop culture references that can be seen quite quickly in his office.

Sorrento’s OASIS rig is said to look like a giant hamster ball. While this might seem like a generic comment, his rig is actually an exact replica of the hamster ball from G-Force. On the inside of Sorrento’s rig, he has made the poor choice of putting his password on a Post-It note for all to see; even this is a reference! In the 1997 film Romy and Michele’s High School Reunion, the character Michele lies that her father was the creator of Post-It notes. This is a clear reference to that classic ’90s comedy, proving that literally everything can be referenced in the world of Ready Player One.

Did you catch some references that we didn’t? Let us know in the comments!