The Past, Present, and Future: “Black Panther” and Afrofuturism

“Tell me what you gon’ do to me
Confrontation ain’t nothin’ new to me
You can bring a bullet, bring a sword, bring a morgue
But you can’t bring the truth to me”
Kendrick Lamar, SZA – “All The Stars”
Black Panther The Album: Music From and Inspired By (2018)

A lot has been said about Marvel’s Black Panther. That’s partially because of the film’s historical significance and partially because there is a sheer need to talk; to get it all off our chests. There may be fatigue for the average reader at this point. Simply put, take a number. We’ve been waiting to speak to the therapist for some time.

On my second viewing of the film, I cried — out of nowhere. I couldn’t even explain it in the moment. The credits rolled, Kendrick and SZA rang in my ear, and I saw a whole people’s frustration and anxiety wash away in royal hues of gold, red, and purple; no matter how temporary that catharsis may have been. The black experience is traditionally (or stereotypically) an angry one – at least, superficially. But there has always been a duality to this experience.

Michael B. Jordan‘s Killmonger is the embodiment of this anger and despair. He is abandoned, forced to grow up before his time, and used as a weapon for someone else’s gain — something which he embraces as a way of life, a way to survive. This is the figure that most audiences recognize. We know that angry man. We know that young man who has become a product of his environment, of things beyond his control. And when he discovers that he can, in fact, take control of his life, he thinks it is his absolute duty to take control of the lives of so many like him. He’s wrong, like so many wrong-headed leaders of post-colonial nations in the real world. However, this drive is almost always propelled by the need to survive, only to then be corrupted by power. You see the system that has crippled so many and you rage against it, failing to learn that it is autonomy which is the desired outcome, not autocracy. But power is how empires are built and it is what the black experience has, at least symbolically, lacked.

And yet, as has always been the case, there is Wakanda. A people that emanate joy, that know no other way of existing. This too is the black experience. This is the truth that we see in our homes, in our friendships, and in our familial relationships. If Killmonger is the beaten path then Wakanda — and by extension, T’Challa (Chadwick Boseman) — is our due north. A truth that will outlast and, as is the dream, ultimately triumph over all other stories. As a diaspora, scattered across continents, islands, and languages, we have thrived through jubilance in spite of ignorance. We seek knowledge, growth, and happiness. We embrace technology, we invent, we innovate — all of which flies in the face of the stories we’ve been fed. This is the essence of Afrofuturism. 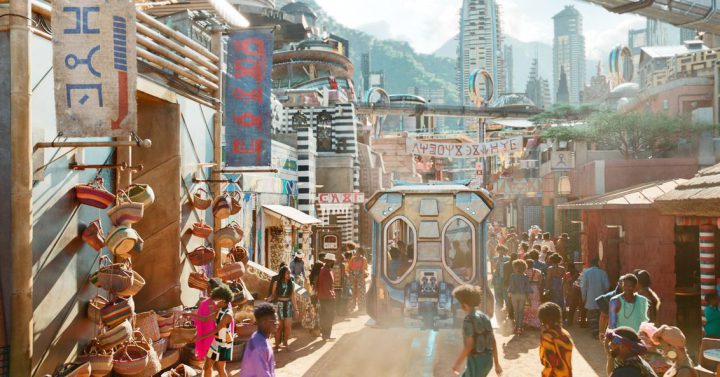 At its core, Afrofuturism is the “audacious” idea of an Africa and a black experience in an “alternate reality.” It posits a brighter black experience to the world: one that reflects the vibrancy of the culture; one that not only engages with technology, but pioneers it. All of this is why Black Panther looks the way it looks. The costumes, hair, and makeup are direct extensions of this notion. It is a black nation that is thriving, one that has control of its own resources and reaps the benefits; one that can choose to be isolationist, rather than one that is forced into a state of isolation caused by disrepair perpetuated by outside influences. Okoye (Danai Gurira) is displeased with the need to wear a wig because in her reality her hair has never been a point of contention; a sore thumb that sticks out and tells the world what she is and isn’t; what she can and can’t be.

Even to simply appreciate Black Panther aesthetically is to appreciate the notion of Afrofuturism. It is to willfully imagine and embrace a black experience that is strong, self-sufficient, self-governing, and consistently lit as f*ck. It is no coincidence that Wakanda is a place unfounded by outsiders. It is a beacon of “what could be” and “what if.” There are very few nations in the diaspora that can boast the reality of this “what if.” They’ve all been invaded, subjugated, and thoroughly rampaged. There is no better example of this than Haiti. As the only nation with a successful slave revolt, Haiti was effectively punished by the French government using the only weapon they had left. Where the slaves bested them with strength and resilience, the French bested them with money, sinking Haiti into a debt that they could never successfully repay. But just the idea that a nation of slaves could take back what they had lost breathes life into the idea of Afrofuturism. If a nation with a people as powerful as Haiti had the opportunity to truly be independent in every imaginable way, what would the world look like today? That’s the idea behind Afrofuturism. 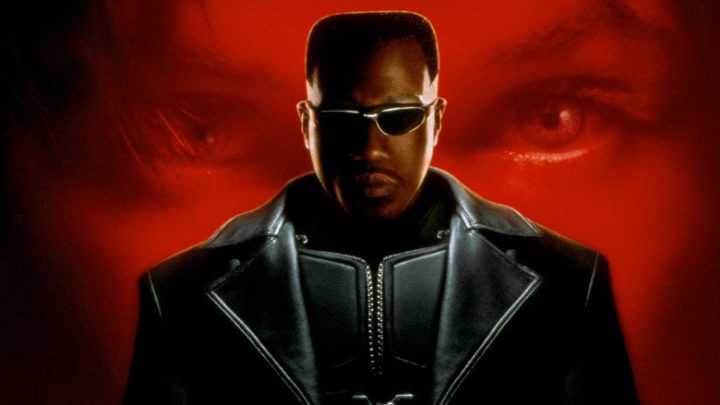 While Afrofuturism on film is still a burgeoning genre, perhaps the most significant pre-Black Panther example is that of Blade (1998). There’s also the quirky, Michel Gondry-esque film, An Oversimplification of her Beauty (2012) that premiered at Sundance. And if you’re a Spike Lee fan there’s certainly a sort of proto-Afrofuturism at play in his early joints, with his colorful, dynamic, and hyper-realistic visual choices. Many more examples exist in music and literature, from singer/actress Janelle Monae and her Wondaland collective to the comic Niobe by actress Amandla Stenberg.

Colonial history is complicated and messy. It’s bloody — bloodier than the stories you know or imagine. But it’s also more than slavery, more than colonialism, and more than dirt. Afrofuturism forces the narrative forward through art, philosophy, and culture. This is not an unfamiliar notion in the black experience. From steelpan to jazz to the samba, the black experience has always been about the future and the audacity of pride.

Tags: An Oversimplification of Her BeautyBlack PantherBlade

I like sunflowers and ice cream. Don't @ me. I'm Trinidadian-British and my British accent sucks. Again, don't @ me. Writer's block is my worst enemy.