The Most Offensive Line of Dialogue in Movie History 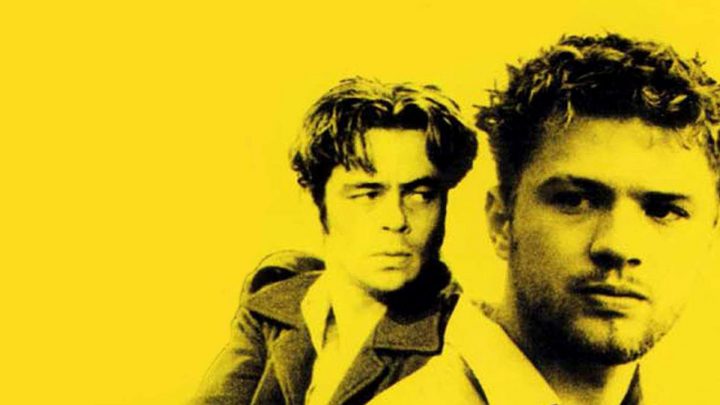 Part of what we evaluate when we evaluate films, when talk about them or write about them or pit them head-to-head here on Flickchart, is how successful the filmmakers were at using language to accomplish the tasks of storytelling and thematic exploration. Sometimes this language includes words or phrases that can be painful or upsetting to hear. Words can be weapons, there is little doubt, and just like actual weapons, movies often make use of their hurtful power to tell stories, explore characters, and evoke emotions in the audience.

What does it mean for language to be offensive? And who are we talking about being offended, its intended target in the scene or the audience itself?

Offensive language is language that intentionally violates any of our society’s ethical contracts in order to do some sort of emotional harm. In film, this is a fairly common occurrence between two characters, a central story conflict allegorized in a verbal sparring match. But what is less common, and thus more remarkable, is language that so outrageously transcends the norms and expectations of linguistic combat that although the target is inside the frame of the film, its impact on the audience attains an altogether different quality.

A movie’s dialogue can be so harsh that it jars us out of our role as audience member and forces us to consider the words not as organic parts of a whole, but as individual screenwriting artifacts. Sure, this can ruin the spell of the film, but by any measure, it is still an achievement of screenwriting to so violently step outside the audience’s expectations of the bounds of language, even movie language, that the fourth wall — at least partially, at least momentarily — dissolves.

Despite the arrogance of this article’s headline, I know better than to think that I have actually found the most perfect example of this phenomenon. Offense (as with most other film-driven emotions) is a subjective thing, and our individual life experience will obviously make certain images, metaphors, and linguistic constructs more hurtful than others. That is why being offended hurts, because it is the experience of something both painful and incredibly close, like a spider under the skin. My hope is that in discussing the nominee that I have in mind, we can suss out a loose rubric of what makes speech offensive and how it’s constructed, the better for us to better appreciate the skill that the art of offensive language requires.

I hope that you will sound off in the comments with your own picks for this category, but in the meantime, let’s dig into this ripe cherry of verbal putrescence from 2000’s The Way of the Gun that has a lot to teach us about the psychology of screenwriting and our culture’s relationship to language.

“Shut that cunt’s mouth or I’ll come over there and fuck-start her head.”

The context hardly matters, but what’s happening is that Ryan Phillipe is responding to Sarah Silverman‘s slapstick-aggro verbal assault in defense of her boyfriend’s car. The boyfriend, red-coiffed Henry Griffin, has attempted to shout Benicio Del Toro off the hood of his car, to no effect. Then his girlfriend, Silverman, jumps into the situation with both feet:

To this, Phillipe’s character has the above answer. He was able to ignore the boyfriend’s mild threats and invectives, but using only words and tone, the girlfriend is able to escalate the situation to one that requires some definite response from him. Somehow, again only using words, Mr. Parker signifies that he wishes the conversation to escalate even further, or to end.
Why are the lines spoken by the lady (a character named simply “Raving Bitch”) considered comedy, while Parker’s sentence achieves something altogether deeper and more disturbing? I see at least three layers to Christopher McQuarrie‘s brilliance in this line.

We need to get this out of the way. The word “cunt”, in American English, holds an explosive power. As a man, I feel compelled to treat it just like I treat the n-word as a white person. It is the only member of Carlin’s original Seven Words You Can Never Say On Television that has not (at least in the U.S.) lost its punch through sheer overexposure.

There is no equivalent single word that Raving Bitch can call Mr. Parker to get the same effect (we watch her try and fail to do this). The word by itself is probably not sufficient to get the reaction he wants, but it is a crucial component of his payload.

To this vile word, Mr. Parker attaches a threat of sexual violence. This is, among other things, poor debating technique, to attempt to silence your opponent by implying physical penalties if she continues to speak. It is an offensive, reprehensible tactic for one of our “heroes” to use in his first spoken line, and although we may (may) gradually come to understand the character’s nihilistic context, our relationship with him is immediately put on the wrong foot.

And since the threat is worded in such an unusual way, the impact goes beyond what a simple, everyday threat could accomplish. “Fuck-starting” is not, as far as my research shows, an actual accepted term for violent intercourse (consensual or otherwise). From the context, we assume Mr. Parker is threatening Raving Bitch with oral rape, but he goes about it using such an odd collection of words that our attention catches on them, like a hangnail on cotton fabric.

Our jaded moviegoer ears, inured to normal profanity, find tantalizing purchase on this choice of words. It halts our attention before it can elide over just another profane utterance; it forces us to stop and consider: what precisely is he threatening? Should we try to picture it? Where did he learn this phraseology? Did he make it up or is it part of the culture that he comes from?

The rejection of normal American speech patterns, even in the context of profanity, sharpens the offense, somehow. Parker’s sentence doesn’t just rail against civilized morality between human beings but against the very structure of civilized communication. He can’t even be bothered to threaten someone like civilized person. He is being introduced to us as an agent of chaos, a consciousness living so far outside the system that even his English has turned feral.

But the central core to the offensiveness of this line is its systematic dehumanization of its subject. Referring to the woman by a body part is only the most obvious way in which the man insults her by stripping away her humanity.

He also utilizes the “…or I’ll come over there…” sentence structure so favored by bullies and dads and dads who are bullies (related: “Don’t make me come over there.”)  This format of delayed, pre-described punishment activates submissive pathways in the human limbic system, placing the listener into the role of subordinate as well as victim.

Even more powerful than that is not addressing the woman at all. Instead, he gives orders to her male companion regarding how she should be handled, implying that she is an agentless entity not even worthy of direct conversation.

Moreover, the threat that Mr. Park delivers is not directed against her as a person but against only a part of her. He does not threaten to “fuck-start your girlfriend”, or even “fuck-start her face” (only anthropomorphic objects have faces); rather he just threatens the head.

Forget personhood: she is not even given objecthood. She is merely a collection of parts to be used, a mouth to be shut, a head to be fuck-started, and a cunt so that she can be distinguished from a man. 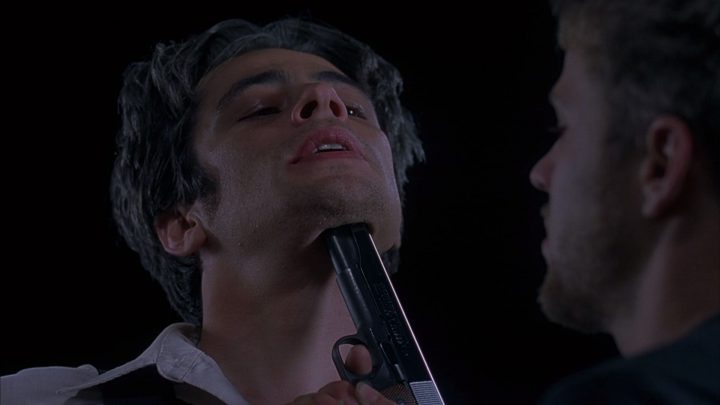 All of this taken together makes for an eye-gougingly insane-making outrage of the English language. To assemble all these hateful elements into a single brief, imperative sentence is an unparalleled achievement in screenwriting, revealing the complex layers that truly offensive speech must contain in order to do the damage that it intends. This is not mere cursing, the deployment of pseudo-taboo words and phrases, which can be used for comedy as well as tragedy. This is true profanity, in that the sadistic intent behind the character’s words profanes the moral code that normally governs human speech, even between enemies.

In this single line, McQuarrie 1) gives psychological and cultural insight into one of our main characters, 2) demonstrates the plasticity of hate speech in the hands of a true artist, 3) sets the proper intense emotional tone for the subsequent story, and 4) emotionally bruises the audience. I don’t know if this is objectively the most offensive line in film, but it’s the line that has hurt me the most, and I love it for that.

Do you have another suggestion for this dubious honor? Let us know in the comments!