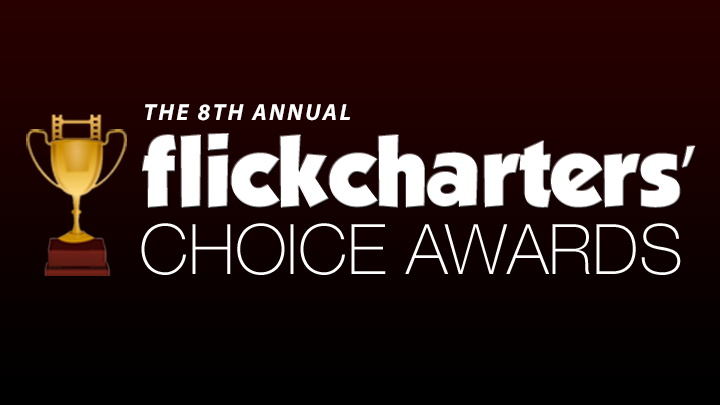 For the eighth year in a row, Flickcharters have voted for their favorites in a wide variety of categories, from the worst and best of the previous year to the films that interest us most in the coming year. Now that the votes have been tallied, here are your winners for The 8th Annual Flickcharters’ Choice Awards!

With over 60% of the votes, Roma wins by the biggest margin of any winner this year. Alfonso Cuaron’s semi-biographical film is also the first Spanish language film ever to win this category.

Fahrenheit 11/9
Minding the Gap
Shirkers
Three Identical Strangers
Won’t You Be My Neighbor? 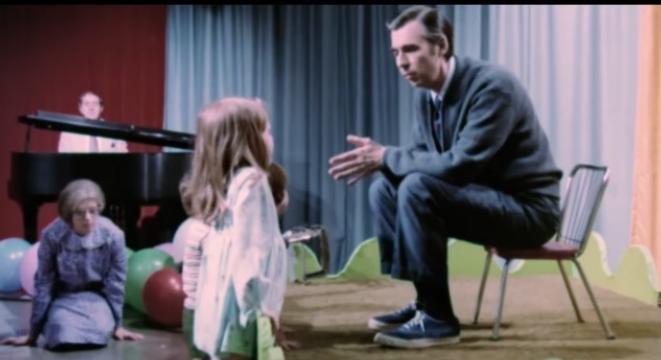 In another commanding win, Won’t You Be My Neighbor? receives almost 3/5ths of all votes in the category. This warm-hearted look at the life and work of Fred Rogers is a kind respite from the slate of bleak documentaries that usually command this category.

Incredibles 2
Isle of Dogs
Ralph Breaks the Internet
Spider-Man: Into the Spider-Verse
Teen Titans Go! To the Movies

The second Phil Lord and Chris Miller film to win in this category (after The Lego Movie), Spider-Man: Into the Spider-Verse is another easy winner. Best Animated Film also features the only nominee not to receive a single vote on the final ballot: Teen Titans Go! To the Movies. 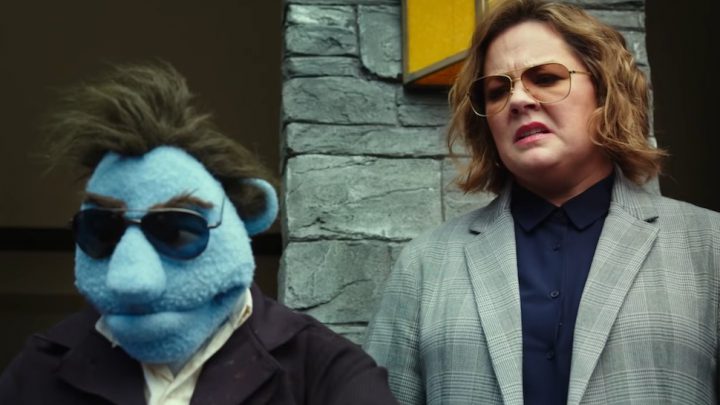 This year’s nominees featured big franchises and highly-anticipated new films from beloved directors, but it’s The Happytime Murders – the only non-franchise film in this category – that was so terrible it had to win. Who would’ve thought we would ever see Han Solo and Dumbledore in this category?

Most Anticipated Film of 2019

Avengers: Endgame
Once Upon a Time in Hollywood
Star Wars: Episode IX
Toy Story 4
Us 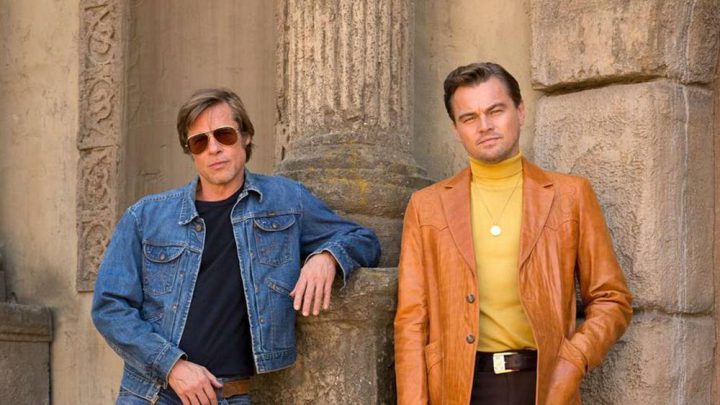 Most Anticipated is quite often won by various superhero or Star Wars films, but neither franchise stands a chance against the latest from Quentin Tarantino. Once Upon a Time in Hollywood, QT’s star-studded look at Charles Manson and 60s-era cinema, is one of two films nominated this year without even having a trailer, but we’ll only have to wait until this summer to see if Tarantino’s latest is worth the hype. 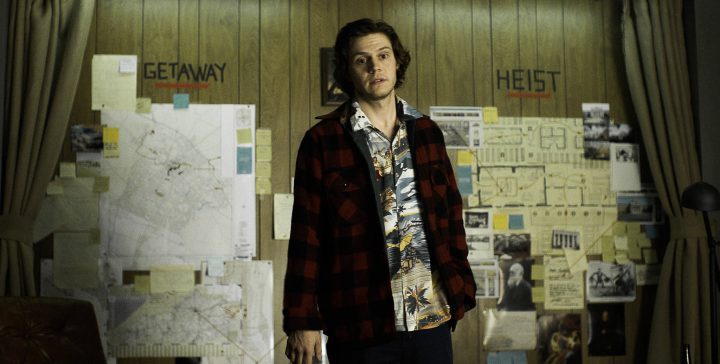 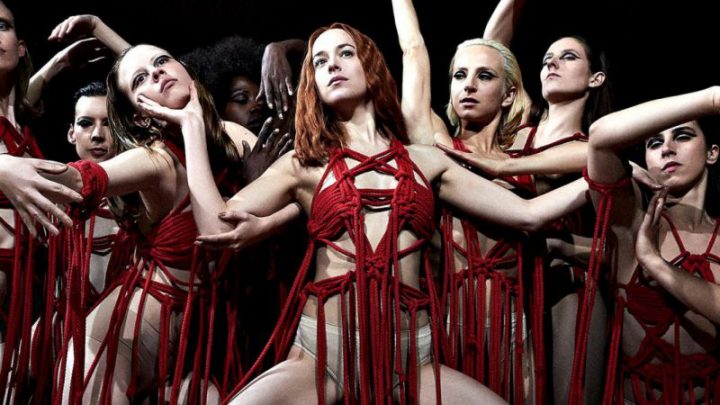 A tie! Both American Animals and Suspiria received about a quarter of the votes, while the other three nominees pretty evenly distributed the rest of the votes. Both films have been ranked by just under 200 users, so hopefully both of these won’t be underranked for long. 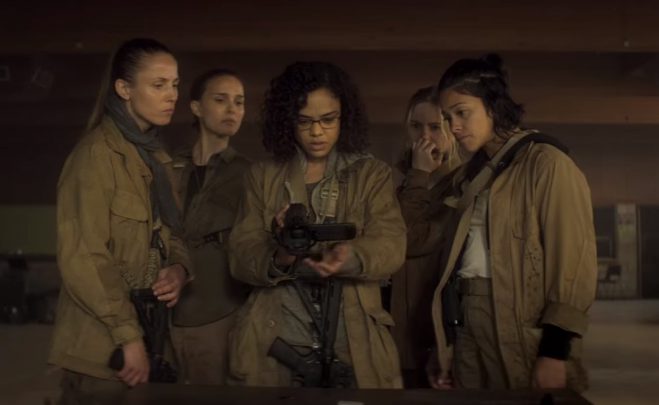 Considering that Alex Garland’s first film – Ex Machina – won our Best Picture for 2015, it’s no surprise that his follow up, Annihilation, would easily come ahead in this category. You Were Never Really Here came in fourth place despite being the only Best Picture nominee on the list. 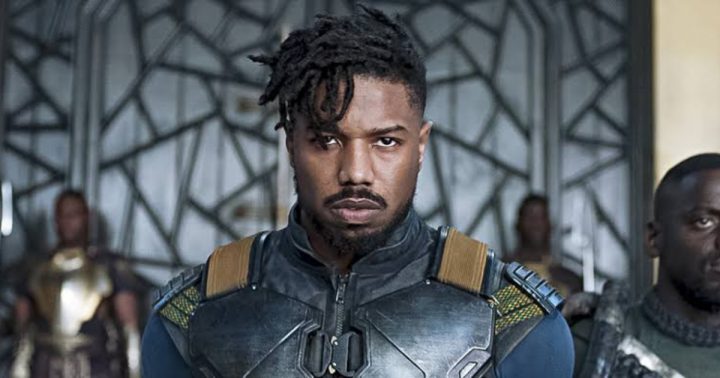 Game Night
Hereditary
Mandy
Sorry to Bother You
Spider-Man: Into the Spider-Verse 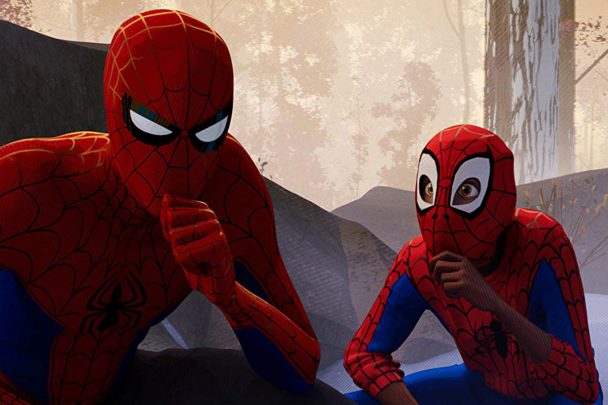 After continual reboots and generic superhero films over the years, it’s Spider-Man: Into the Spider-Verse‘s refreshing style and sense of humor about itself that made it the most surprising film of 2018. 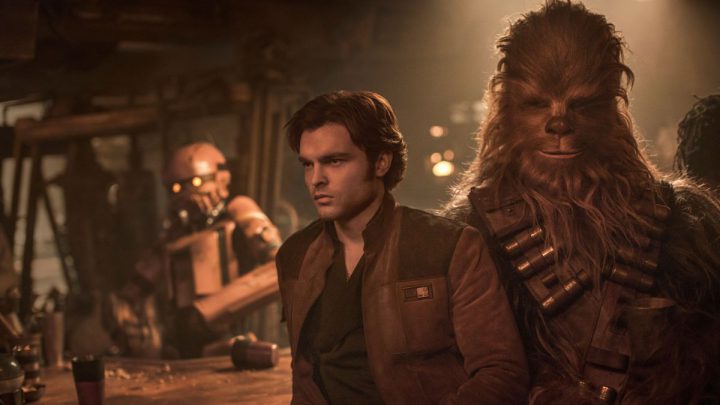 After only two Star Wars origin stories, the release of Solo: A Star Wars Story was all it took for Disney to rethink their strategy with the franchise. Telling the beginning of one of Star Wars‘ most beloved characters should’ve been a slam dunk, but a problematic production and over-saturation of the brand made Solo: A Star Wars Story one of the biggest disappointments ever in the Star Wars universe.

Annihilation
Isle of Dogs
Mandy
Roma
Spider-Man: Into the Spider-Verse 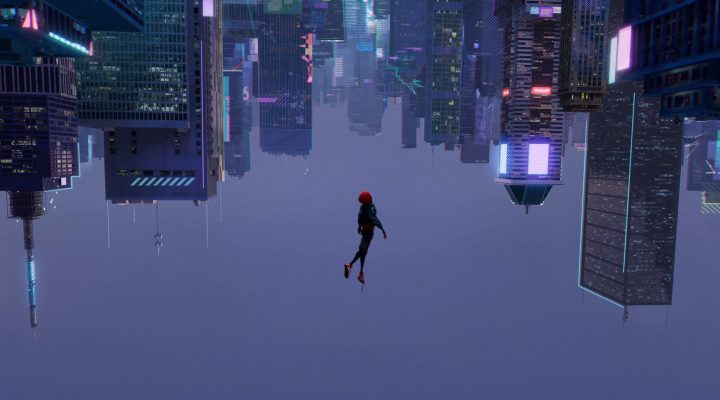 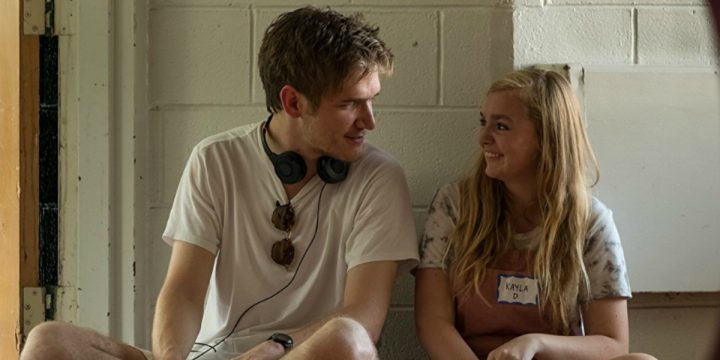 For the second year in a row (after Jordan Peele‘s win for Get Out), the winner in this category goes to a comedian writing their first directorial effort. Bo Burnham and his cringe-inducing (in a good way!) Eighth Grade win here. 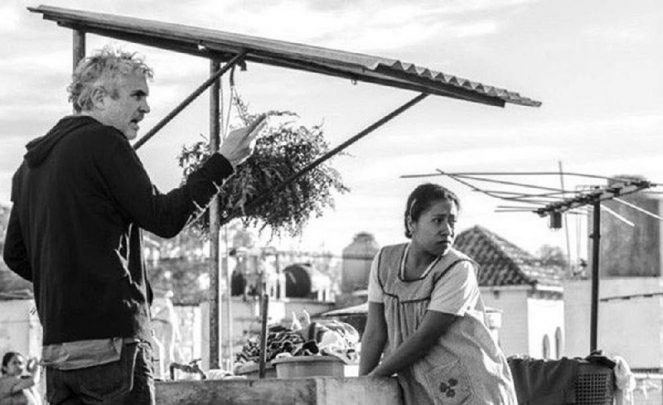 The first director to win in this category twice, Alfonso Cuaron wins for his gorgeous black-and-white film Roma. His last win was for the grandiose blockbuster Gravity, but Roma‘s stunning filmmaking – with cinematography also by Cuaron – is just as powerful. 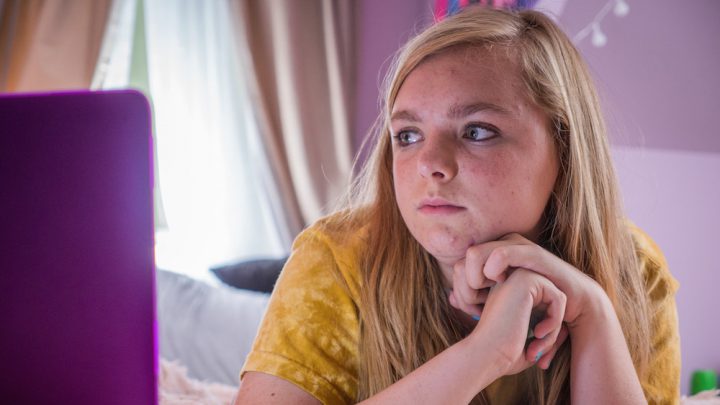 Another major win for Eighth Grade, the film’s star Elsie Fisher came away the winner as the biggest breakthrough of 2018. With writer/director Bo Burnham also nominated here, the Eighth Grade team ended up taking almost half of the points in this category. 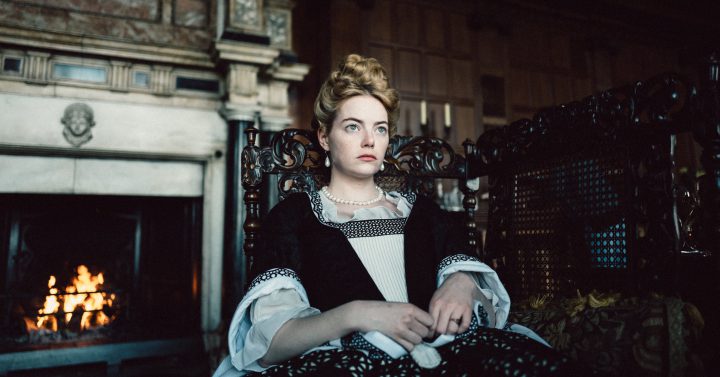 Fittingly, both Emma Stone and Rachel Weisz competed against each other in this category, as The Favourite is very much about these two butting heads. But Stone took a commanding lead, leaving Weisz almost 12% behind her. Cynthia Erivo, arguably the most surprising nominee in this category, came in second. 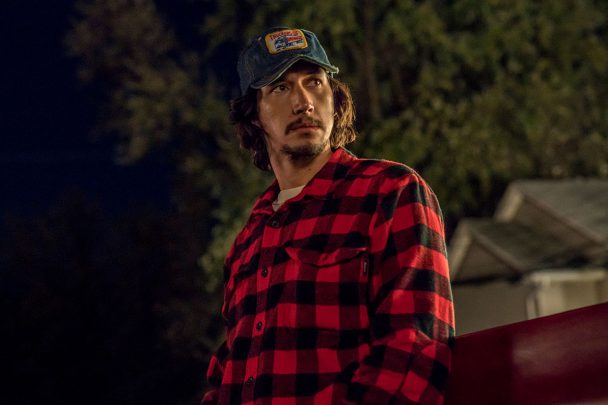 In the closest of our acting races, Adam Driver wins for BlacKkKlansman, beating Mahershala Ali and Michael B. Jordan by only two votes. Another interesting fact: four of our previous seven winners in this category have gone on to also win the Oscar. 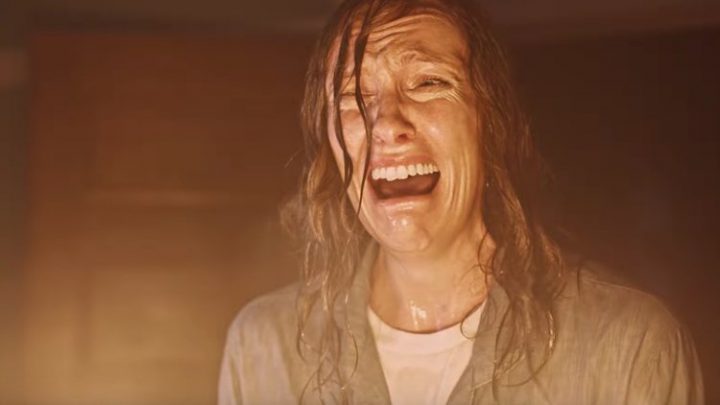 Toni Collette wins for Hereditary with the most commanding percentage in any acting category, with 41% of votes. Collette is also the first person to win in an acting category for a horror film. In an odd result, biggest-breakthrough winner Elsie Fisher comes in fourth here, earning 15.2% of votes. 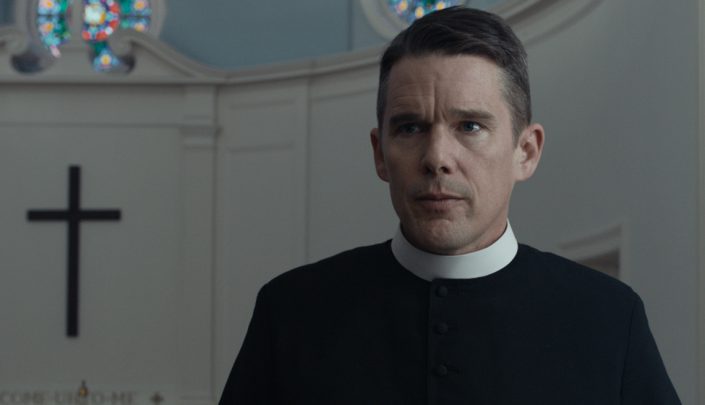 Another big win in the acting categories, Ethan Hawke‘s remarkable performance in First Reformed wins with a third of the votes. The only Oscar nominee in this category — Bradley Cooper for A Star is Born — came in a distant second place with 23.3% of votes.

Avengers: Infinity War
The Ballad of Buster Scruggs
Black Panther
The Death of Stalin
The Favourite

Considering how massive the casts are for most Marvel films, it’s surprising they aren’t consistently dominating this category. But for only the second time (after Captain America: Civil War) a Marvel film wins here, with Avengers: Infinity War‘s gargantuan cast winning 33.9% of votes. 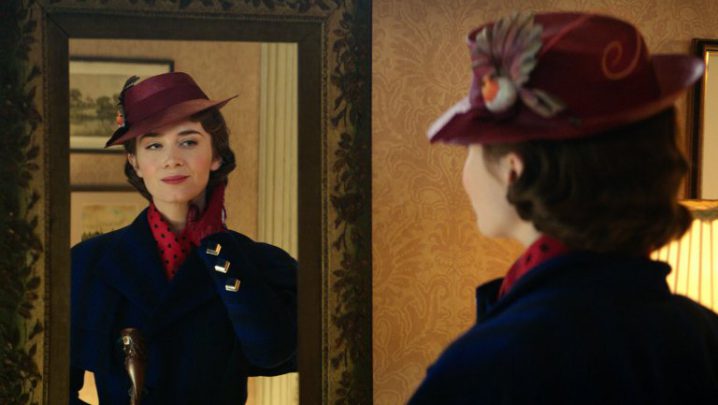 In another close race, Emily Blunt wins our 2018 Outstanding Achievement in Film for roles in films like A Quiet Place and Mary Poppins Returns wins this category by only three votes. While Blunt has fewer credits from this year than the rest of the nominees, it seems quality is more important than quantity. 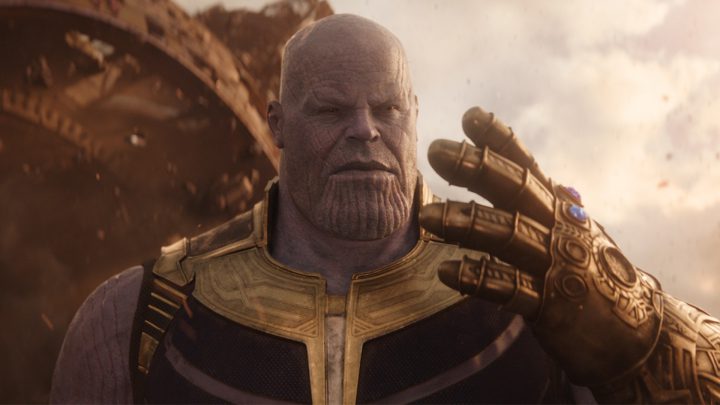 Maybe not a huge surprise that the biggest moment to ever occur in the Marvel Cinematic Universe would win for Best Scene, with Thanos’s snap in Avengers: Infinity War. With 35.8% of all votes, not even Annihilation‘s combined votes for its two nominated scenes could take down Thanos destroying half of the galaxy’s population. 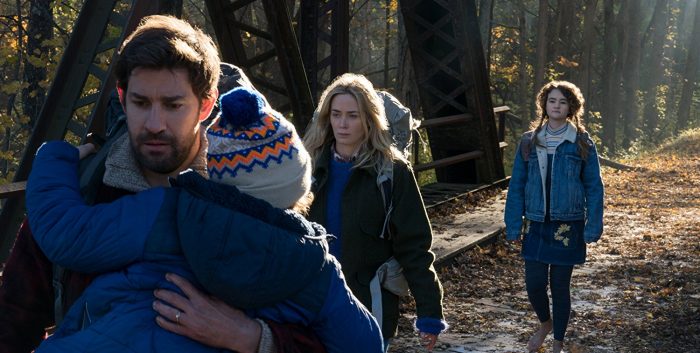 For the second time ever (after Guardians of the Galaxy in 2015), a film wins Best Picture without winning any other categories. For our 8th Annual Flickcharters’ Choice Awards, the Best Picture winner is John Krasinski‘s A Quiet Place. Like Guardians of the Galaxy, A Quiet Place also didn’t receive any nominations for directing or writing. Yet this near-silent horror film captivated voters and beat second-place The Favourite by only 7.4% of votes.

Those are your 8th Annual Flickcharters’ Choice Awards Winners! Leading the winners was Spider-Man: Into the Spider-Verse with three wins, while both Avengers: Infinity War and Roma each received two wins each. The only Best Picture nominee to walk away with nothing this year was Lynne Ramsay‘s You Were Never Really Here.

Thanks for participating in this year’s awards. Now start watching 2019’s films to prepare for next year’s!