Sony Pictures continues to demonstrate that it has no idea how to to use its IP, at least when it comes to superheroes. Comic book film fans will remember when it was announced that Sony had reached a deal with Marvel Studios to allow the use of the Spider-Man character in the Marvel Cinematic Universe. The Web-Head was easily Marvel’s most famous property prior to the MCU taking the world by storm. Seeing him return to his home studio, and in such superb fashion in Captain America: Civil War, was a dream come true in many ways.

Yet Sony, despite this deal, is moving forward with a sub-universe of its own. It’s still unclear what connection this proposed Spider-Verse will have to the MCU, if any. Kicking off the new universe is Venom. This may sound like the complaint of a MCU fanboy, but if this film is any indication, Sony still has no idea what to do with its properties. Venom is cinematically weak. The film follows Eddie Brock (Tom Hardy), conveniently plucked from New York to San Francisco to follow his lawyer girlfriend (Michelle Williams). The film opens with Brock at the top of his game as a well-known and well-liked investigative reporter type. He is fired, though, after digging into the prestigious Life Foundation (I wonder if the name came from the widespread fan speculation that Life was a secret Venom prequel). The foundation is working on cancer cures and is apparently an important player, because when Eddie sneaks a peek at his girlfriend’s confidential files (she works for a law firm litigating against Life), she too is fired and subsequently breaks up with him. Six months later, he’s still jobless and despondent. At least ostensibly; Brock still seems to have no problem tossing twenties to the homeless or paying for pretty much anything he wants.

That’s just one of many bizarre, poorly thought-out creative choices. The entire structure of the film is weirdly disjointed. For a movie titled Venom, we don’t actually see the titular symbiote until nearly an hour into the film. What precedes is a bunch of the aforementioned pseudo-drama shot in a static, lifeless way with no real character development. 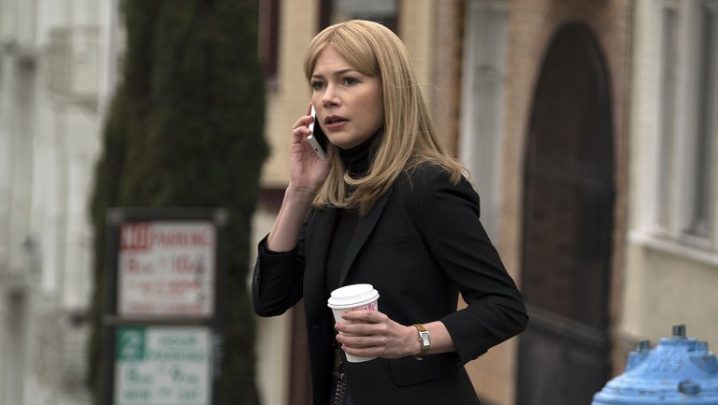 Tom Hardy plays Brock as jumpy and almost shy. The persona is difficult to describe, but it never feels right for the lead character of an action flick. He’s joined by Michelle Williams in a role that vastly underutilizes her talents. It’s odd enough that Williams is taking a role in a film like this at this point in her career trajectory; maybe she wanted to buy a new house. Regardless, she’s a talented actress but adds nothing to her underwritten role. In a similar casting misfire, the great comic talent Jenny Slate is relegated to a non-comedic role.

Left with one-dimensional characters and actors who seem to have various levels of commitment, the first hour of the film drags. What might be described as the second act begins after Brock finally bonds with the symbiote. Yet even then, nothing really happens. Venom runs around avoiding Life Foundation thugs or beating them senseless as we’re treated to a bizarre combination of horror and dark comedy, neither of which land properly. Director Ruben Fleischer ought to be good at this sort of thing, having directed the highly successful Zombieland, but he fails to walk the tightrope here. Maybe it’s more the script’s fault than his, but he certainly adds little entertainment to the proceedings. A stronger stylistic presence is required for this character — I wonder what a David Cronenberg could have done with a Venom film. 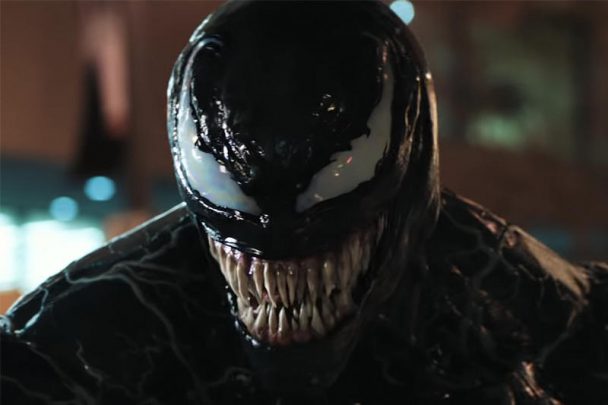 One of the movie’s bigger sins is telling instead of showing. Though the Venom alien starts off wanting to help destroy the world, he changes course after twenty minutes due to his bond with Eddie. But the film never sells the idea of any of these characters actually changing. Instead, it suddenly enters its climax without any sense of buildup, and the sloppy plans of the villain never make much sense. Riz Ahmed is such a non-factor and blank slate that you’ll likely barely remember he’s in the film.

Still, Venom isn’t all bad. While a lot of the humor falls flat, some of it works quite well, especially the darkly quirky moments. The look of Venom is pretty neat too, much closer to what comic fans want than Spider-Man 3‘s version of the character. Then again, for part of the film he is an unintelligible CGI blob, so only so much credit can be given there.

Lots of comparisons have already been made between Venom and the infamously bad early 2000s superhero efforts, including Catwoman. This film isn’t as bad as those, as it rarely approaches their level of cheesy cringe. But it lacks in all the key areas that make other recent superhero films work — the characters are flat, the direction is disjointed, and the sense of fun is missing. It also fails to embrace the gravitas necessary for a darker, drama-focused hero story.

The presence of Spider-Man isn’t necessarily a requirement for a good Venom movie. But watching a film like this, you have to wonder why Sony didn’t give Venom his strongest asset: a great hero to rival him.

What do you think of Venom? Sound off in the comments below and rank it on Flickchart today!