Review: Venom: Let There Be Carnage 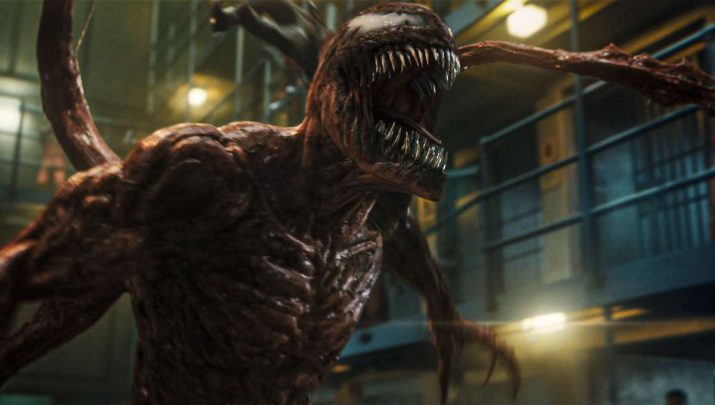 Venom: Let There Be Carnage has them all.

The subtitle, Let There Be Carnage, is an apt one. This comic-book sequel is a discordant, jumbled clutter of a film. Despite the mixed to negative reviews of 2018‘s Venom (including our own), it made a ton of money and was immediately greenlit for a sequel. Let There Be Carnage features the second-most famous symbiote in Marvel Comics, Carnage, played by Woody Harrelson in a confusing mishmash of a performance that at times channels a creepy serial killer and at other times a sympathetic, lovelorn man. He goes on a murderous rampage after breaking out of prison, and other stuff happens.

Such contradictions are totemic of the creative philosophy that likely led to this mess. Despite a refreshing (by comic book movie standards) 90-minute runtime, the seams of the editing are apparent, and the film still manages to feel overstuffed with a pile of various ideas and character arcs that are scattered throughout the length of the movie. Nothing is developed, and it seems as though massive chunks of the first third have been cut away. It manages to be neither breezy nor comprehensive. 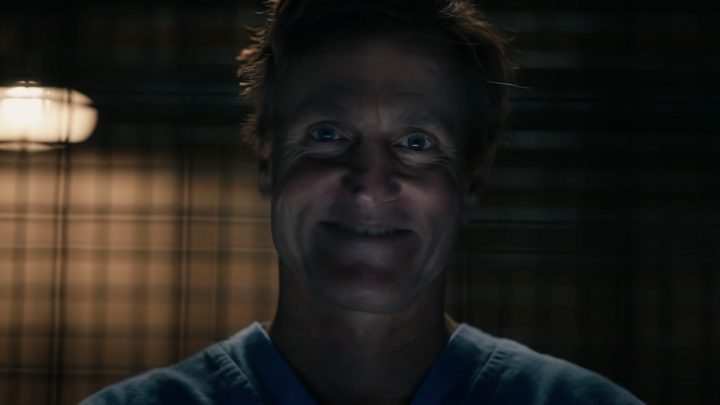 Also apparent is that this film was stuck in the purgatory of trying to be a violent R-rated work but was stuck with a PG-13. Let There Be Carnage has many violent moments, but it cuts away from them to avoid showing death or dismemberment.  Despite this, casual references to murder are present, as are many beheadings and other similarly-brutal killings, resulting in tonal whiplash. Attempts at comedy achieve mixed results, to be generous, and many moments are painfully unfunny. When there is a quality joke, Hardy delivers it well, but these are few and far between.

Sony doubles down on what made the original film lots of money: people laughing at the Eddie Brock and Venom dynamic. Tom Hardy plays the character as an Odd Couple in one body, with Brock the down-trodden reporter coming into conflict with the amoral and jubilant alien Venom. Yet the result of this is a film that feels like an exact repeat of the first installment’s arc.

The film also has no real plot. Like the first movie, the script for this one has no sense of forward momentum. A series of occurrences fill out the beginning of the film to set up an arbitrary conflict between Eddie and Venom — again — to give the characters something to do until the only real event of importance happens: Carnage breaking out of prison and going on one night of rampage. Our hero has no real goal until coming into conflict with Carnage more than halfway into the film.

The villain has no drive either, as a result of the sloppy, unsure writing. Cletus Kasady is an abused man who wants the love of his one “bright light,” Naomie Harris‘s Shriek, but this feels tacked on and highly arbitrary. Harris herself is a talented actress wasted on an empty, pointless character. Her character’s sonic scream powers are never explained, nor is what she does with them by the film’s end. 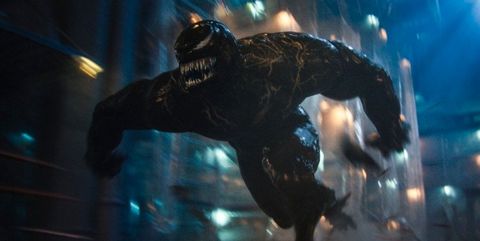 Let There Be Carnage is beset with lazy writing. Multiple characters do things for no apparent reason or show up out of the blue. The symbiotes manifest new powers that make no sense. A truly laughable moment comes when Carnage enters a convenience store and uses his alien tentacles to enter a laptop’s USB port to “hack the internet” and uncover encrypted data. Hackneyed is an understatement of a descriptor.

Positive reviews for this garbage pile have suggested that the film gleefully embraces its stupidity, and that those willing to let go and have a fun time will do so. While the film is willfully corny at times, it is never over-the-top enough to embrace that tone. This also sharply contradicts what is, at times, a very darkly violent mode of filmmaking. It is also just not very funny or clever, so when you’re not laughing in disbelief at the torpid writing, it is just dull.

Let There Be Carnage feels like a comic book movie straight out of 2004, on the level of Elektra or Catwoman. For all of the complaints of the sameness of the Marvel Cinematic Universe, comic book films have evolved past the type of storytelling on display in this film. Most MCU titles are at least competently made. This one is such an unintelligible mess that it approaches unwatchable. It wastes talented actresses like Harris and Michelle Williams on bit roles, and even Hardy and Harrelson are given so little to work with that they only shine in fleeting moments. 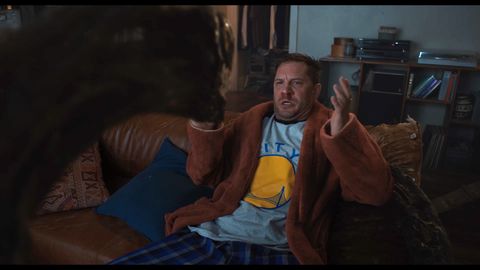 Rather than create movies with stakes or entertainment value, Sony just wants to milk its IP, and their lack of concern for quality filmmaking is apparent. Let There Be Carnage can be quickly forgotten, and should be. The post-credits scene is the only thing of consequence to come out of this entire affair.

Let us know your thoughts on Venom: Let There Be Carnage in the comments below and rank all Marvel films on Flickchart!