Review: “The Day After” The use of authentic transparency as an expressive vehicle is markedly underdeveloped in cinema history. Though there are many filmmakers who have depicted deeply personal and even autobiographical events on screen with linear emotional development, the ability to project self-critical introspection when dealing with material that has been experienced firsthand is a rarer skill. Hong Sang-soo’s most recent endeavor The Day After is a poised and rare work that is able to display the “self” and the shortcomings thereof.

With toxic masculinity having become low-hanging fruit, it is often easy to focus on the negative attributes which we associate with the stereotypical and at times misrepresented qualities of men. What makes the selfish and primitive nature of The Day After’s focal character Kim Bong-wan (played by Kwon Hae-hyo) different is that it departs from the wolf-pack mentality of the outsider-looking-in interpretation of male behavior, and instead allows judgment to be passed on to the viewer. The Day After is an authentically transparent film in which self-awareness and comprehension of one’s own actions override the film’s plot trajectory, to the film’s great benefit. Those familiar with the filmmaker’s recent affair scandal can piece together a cohesive narrative from his personal life and see in it a mirror image of this motion picture. 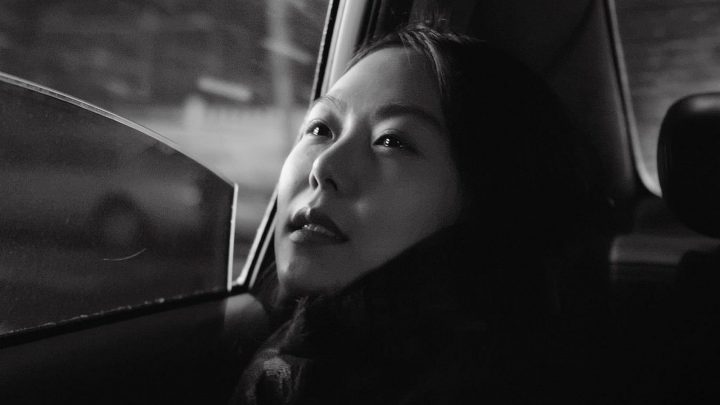 Hong’s films often tread similar ground, with slight alterations between each installment that still manage to drastically separate and individualize each work. Here, though, Hong steps outside of his usual infrastructure. Opening on an orchestral tune with an intentional low-fi production value and deeply melancholic tonality, Bong-wan is immediately confronted with accusations of his infidelity. Virtually every male lead in the Hong Sang-soo catalog embody elements of their creator, yet the dynamic of an individual coming to terms with their own disloyalty is in many ways uncharted territory. Though not one of the more redeeming personalities in Sang-soo’s body of work, Bong-wan is without a doubt one of the most honest, both in the selfishness of his actions and his inability to comprehend how his actions truly affect others.

The Day After is one of Sang-soo’s more emotionally abounding yet formally and locationally-reserved works, with the crisp and dreary black and white photography taking on a suppressive quality when the viewer looks in on Bong-wan’s multi-relationship lifestyle, completely stripped of any fervid qualities. There seems to be a division within Bong-wan’s psyche, one that both attains and rejects empathy and appreciation for the women he deceives and misleads. While the majority of the film tends to distance itself from any sympathetic techniques in its form, it allows for tear-soaked moments of passion (or the collapse of said passion) that act more as a spontaneous release than any sort of rooted comprehension; the idea of passion without understanding is a trait that is usually embedded somewhere within Sang-soo’s films. 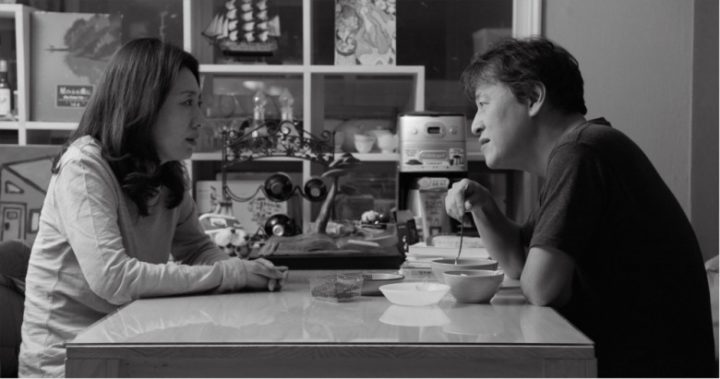 The character of Bong-wan is in many ways a branch of Sang-soo’s personality, and The Day After flows as a practical documentation and personal commentary on his own affair — his ability to see the mistakes in his own actions, yet his lack the will or desire to correct them. It is an internalized perspective that does not propel the protagonist to any sort of growth. There is instead a seeming regression in his state of mind as he becomes more and more obtuse in his emotional awareness and recognition of the gravity of the situations he finds himself in. He seems to be in his own way, without the personal strength to stay on the path. To put it simply, Bong-wan is a coward. He lacks the courage to confront the roadblocks which impact and hamper his life, which is displayed to the audience in what is without a doubt one of the best scenes of Hong Sang-soo’s career, in which he is told that he is, in fact, a coward. While that does not diminish the love that binds him to a particular female character, she tearfully expresses how much she hates the weak and apathetic part of him. A film full of open-nerves empty promises, The Day After is in many ways a dirge in the orchestra of Hong Sang-soo. Yet in its sorrow lies a chilling clarity that is not only beneficial for Sang-soo’s personal conscience, but for any man or woman with thoughts of or past mistakes with infidelity.

The Day After vs Captain America: Civil War

The Day After may not have an absurd $250 million dollar budget or 147-minute running time, but it knows how to create an emotional investment that is not centered around an NWO Wolfpac-esque gang war.

The Day After vs Revenge of the Sith

Speaking of emotional investment, Revenge of the Sith has it. Oh boy, does it have it. However, the over-the-top use of CGI quickly dated the film and hinders it in ways that used to work for it. As an avid Star Wars fan, it always hurts when another film gets a win, but I have to be unbiased.

The Day After vs Oasis

The first decision that’s really tough: Lee Chang-Dong’s Oasis is an outstanding work in mental and physical disability that depicts how truly ignorant and unaccepting society was in the early 2000s in regards to the disabled. The tipping factor here is the personal awareness detailed in The Day After, and Sang-soo’s ability to open up the rawness of his mistakes to the public.

The Day After vs Mulholland Drive

The Day After vs The Devil Probably

No shame in losing here. Arguably Bresson’s very best, Devil is formally rooted in the Bresson style, but with a more aggressive narrative progression than his black and white years, creating a “best of both worlds” dynamic.

The Day After vs Vivre Sa Vie

Vivre Sa Vie wins purely from a historical standpoint. One hundred, two hundred, eight hundred years from now, the early sixties work of Godard will still be landmarks in the canon of cinema. While Sang-soo rightly deserves a high standing among cinema’s great directors — and it will be attained — it’s hard to argue against the master.

The Day After vs Ran

Ran truly is a great work. While it doesn’t maintain the maturity and stillness of Kagemusha, Ran still shows its worth through its wonderful visuals and Nakada’s astounding performance as the films lead. The Day After wins on the basis of achievability: how powerful a film can be based solely on vision and conveyance, without sweeping grandness or budgetary prowess.

The Day After vs Eyes Wide Shut

Eyes Wide Shut is a favorite of mine. As someone who is not too keen on Kubrick’s work, Eyes Wide Shut still stands as a groundbreaking film that operates as an austere, almost “anti-thriller.” The Day After has a defined tone, and carries it perfectly throughout, but Eyes Wide Shut is simply more dynamic in its ability to present multiple threads and qualities in its narrative structure and overall tonality.

What movies deal best with the internal realities of infidelity? Tell us in the comments!

Tags: The Day After