The success of Marvel superhero films can be fairly easily traced back to Sam Raimi‘s 2002 work, Spider-Man. While it was not the first modern superhero film (it was preceded both by Blade and X-Men even if you don’t count all the way back to the Batman movies of the 80s and 90s), Spider-Man was the first major box-office success and took superheroes seriously in a new way. Needless to say, there have been numerous superhero films since. But despite all of the success of the Marvel Cinematic Universe, Spider-Man remains one of the world’s most recognized superheroes and is still Marvel’s flagship character.

As a celebration and capstone to Spider-Man’s cinematic legacy so far comes Jon Watts‘s conclusion to his “Home” trilogy, Spider-Man: No Way Home. Building on the legacy of the Web-Head within the MCU, as well as prior Spider-Man films, Watts delivers a fun and thrilling multiversal adventure. Full of heart, a welcome recognition of what being a hero means, and enough fan service to fill all the halls of Comic-Con, No Way Home is by and large a success, though it has more than its share of warts. The film picks up immediately after the events of Spider-Man: Far From Home, where Peter Parker just had his identity outed by Mysterio. Bolstered by the return of J.K. Simmons‘s J. Jonah Jameson, the world begins to hound Peter, and his life as he knew it is in tatters as he struggles to juggle being a normal high schooler while half the world believes him a murderer and the other half won’t leave him alone.

At least, that’s what Watts wants to communicate. This opening portion of the film is its weakest. Delivered and edited almost as montage, but not quite, No Way Home quickly rushes through this portion of the film. It attempts to communicate the dogged life Peter has, and in a scene or two it does well. But it largely feels rushed and haphazard as it hurtles towards the true plot. More an epilogue, this doesn’t necessarily work as an introductory act. Parker’s sudden leap to calling on Doctor Strange for help feels a little forced. As Spider-Man calls upon Doctor Strange (played as sardonically as ever by Benedict Cumberbatch), the story really begins. Magic plot shenanigans aside, the heart of the film is Peter Parker hunting down villains from other universes to send them back home. This is a vehicle to introduce Alfred Molina‘s Doc Ock, Jamie Foxx‘s Electro, Thomas Haden Church‘s Sandman, and Williem Dafoe‘s Green Goblin into the MCU. These callbacks to the cinematic past of Spider-Man are fun for any fans of the prior films.

It’s a credit to the acting talents of Dafoe, Foxx, and Molina that their characters are still interesting to watch, even where the script does them little favors. Dafoe is fantastic to see back in the role of Norman Osborn, bringing a true sense of menace and evil. Molina and Foxx are also excellent.

The theme of the story is something resonant to the Spider-Man character: what it means to be a hero. Spider-Man and Strange are caught in a debate about whether to save these villains or send them to a fate of death and succumbing to their flaws. This leads to a fun fight scene between Spider-Man and Doctor Strange, but it also creates the emotional heart of the film as Peter struggles with what it means for him to be Spider-Man. Even when those beliefs get seriously challenged later in the film, No Way Home hones in on what has often defined Spider-Man as a character.

The expansive reach of the film’s middle section does leave certain aspects feeling light and undeveloped. The roller-coaster nature of the film leaves little time for breathing room. That’s not to say there is no lapse, as there are a number of quiet emotional moments that are among the film’s best scenes. But these moments feel more strung together than edited into a cohesive whole.

Yet aside from the occasionally unfilling taste of No Way Home, it is a sweet morsel. Tom Holland gives his best performance as the character to date. The numerous callbacks to the past of Spider-Man — musical cues, lines of dialogue, and the plots of prior Spider-Man films — are a payoff to longtime fans of the character. The legacy of Spider-Man and his path moving forward ultimately do feel emotionally satisfying as this wraps up one era of Spider-Man and seems to begin another.

Spider-Man was always my favorite hero as a kid. His down-on-his-luck nature made him relatable to the everyday person, and his unique powers and character design make him instantly iconic. Some fans, including myself, have complained that Holland’s Spider-Man feels too tied to Iron Man and other MCU legacy material, and that he has never stood on his own two legs. No Way Home seems to finally address that part of the fandom, and for the first time MCU Spider-Man feels like he is ready to be the Spider-Man that we know and love. This film shows a deep love and understanding of what Spider-Man is in comparison to every other Marvel hero. While all the multiverse sci-fi material ultimately makes the ending of this trilogy quite distanced from the high-school aesthetic of the first two films, it still grounds itself enough that it never goes entirely adrift. 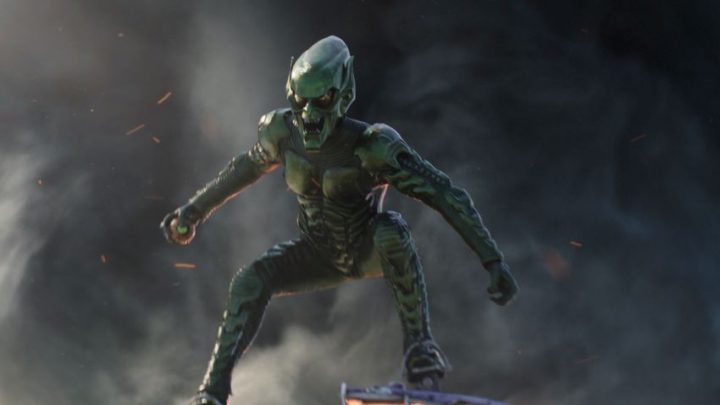 This Spider-Man trilogy has been all about Spider-Man finding his place in the world and adjusting with the call of being a hero. No Way Home finds Spider-Man answering that call in a true way, and it gives him an emotionally powerful ending. As Raimi understood so well back in 2002, the heart of Spider-Man has been his popular truism: With great power comes great responsibility.

Tell us your thoughts on Spider-Man: No Way Home below and rank all Spider-Man films on Flickchart now!