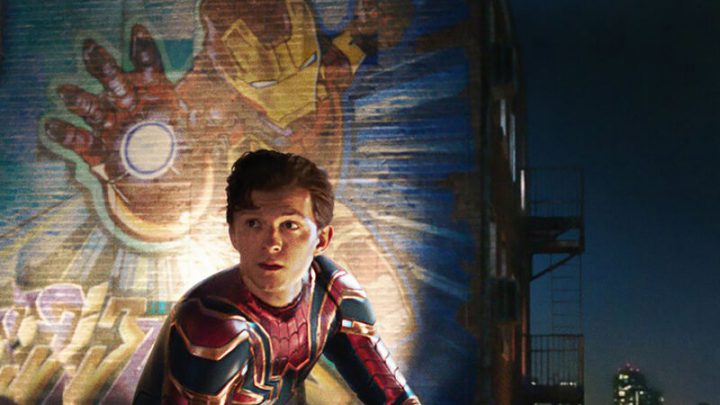 Jon Watts and company had the unenviable task of having to make the next MCU film in the wake of Avengers: Endgame‘s massive conclusion to a ten-year storyline. Though Marvel Studios has typical followed up its giant event films with light-hearted, more comedic entries that punctuate their overarching “Phases,” Endgame was the ending to end all endings. Whatever came next would have to reckon with the wake of Endgame‘s plot developments. Despite this hefty baggage, Spider-Man: Far From Home does manage to be a fun, teen-focused adventure that captures some of the defining Spider-Man themes, even if the shackles of the MCU make it feel like a half-hearted attempt at Iron Man 4.

Far From Home might be the first film to really suffer from its MCU connections. Certainly Iron Man 2 and a few other films are criticized for being weaker films that stop their plots to build up hype for the Thanos “endgame.” Similarly, in Far From Home a lot of the script is spent reckoning with the death of Tony Stark (if you didn’t know by now, I apologize, but it’s revealed in the opening minutes of the film.) It’s good material and Tom Holland gets to shine in exploring the aftermath of Peter Parker’s relationship with Stark, and his relationship with Jon Favreau‘s Happy Hogan is a surprising next step.

Yet the weakness of this iteration of Spider-Man is its dependence on Iron Man; every moment has to relate back to an arc that is now over. Spider-Man never feels like a character standing strongly on his own, as he did in Raimi‘s films at the beginning of the century, and as other Marvel heroes have despite their close relationships with others. Because this Peter Parker is so wrapped up in the Stark character, the entire film feels entirely adjacent to other Marvel films, and not in a good way. Even the relatively small-scale (pun intended) Ant-Man films feel independent, but this film can’t figure out a way to do the same. With Iron Man references every few minutes and a lot of the script’s developments relating to that fallen Avenger, Far From Home hardly even feels like a Spider-Man film. 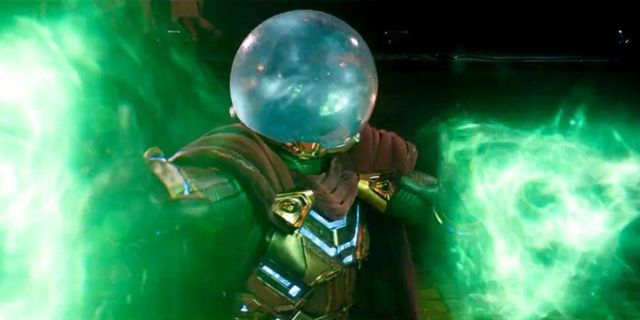 When this film does devote time to developing Parker’s desire to be a normal teenager through romance subplots and teen comedy, the film shines. Watts and Marvel have gathered a strong cast with Zendaya and Jacob Batalon doing a good job of playing Peter’s love interest and best friend, respectively. Even though this isn’t the MJ Watson that comic fans know and love, it is an interest and unique take on the character. The light and breezy opening quarter of the film is essentially a teen road-trip comedy that occasionally involves bigger superhero occurrences.

This juxtaposition between Spider-Man’s teenage struggles and the bigger universe involving Samuel L. Jackson‘s Nick Fury gives the film a very disjointed feeling. While this conflict is actually a theme of the movie, the script itself deals with the problem less smoothly than its characters and suffers from dramatic inertia.

Far From Home has plenty of humor, including a welcome dose of deadpan snark at the expense of Martin Starr’s teacher, but it also uses humor to deal with the fallout of Endgame‘s post-snap world, to the detriment of the gravity of those happenings. Though coming too late in the film for taste, some creative sequences involving Mysterio and his fishbowl head should please longtime fans of the character. The movie should have leaned more into these specifically Spider-Man aspects. 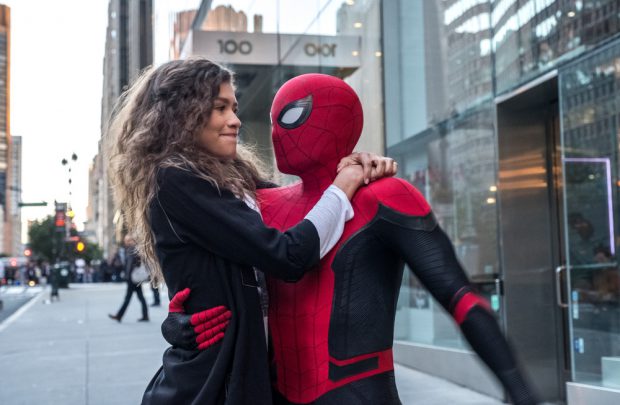 Is Far From Home‘s script really weak because of its overt reliance on previous MCU entries, or is it no longer enough for a Spider-Man movie to focus on Spider-Man? Peter Parker is supposed to be a genius inventor in his own right, yet many of his inventions in the MCU originate in the mind of his mentor Tony Stark. The MCU’s faithfulness to the source material has been one of its strengths in comparison to early 2000s superhero films that often ignore or vastly reinterpret the comics beyond the point of recognition. Yet as the MCU goes on, the hope of seeing Spider-Man and Daredevil swinging together and Spidey inventing his way around problems seems to be dwindling. Are the economic realities of film-making and a multimedia storytelling engine the problem, or is it a problem specific to Far From Home as the first post-Endgame effort?

Let us know what you thought of Spider-Man: Far From Home, and rank all of the Spider-Man films on your own Flickchart!