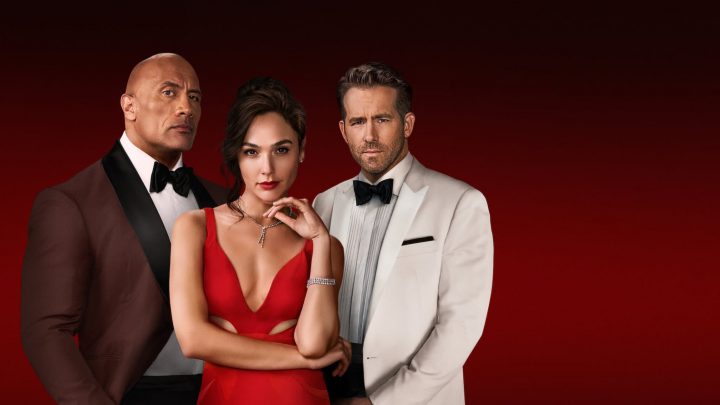 Why does Hollywood feel compelled to continue to make certain kinds of movies, regardless of whether or not it has anything interesting to say about them?

Okay, technically, Netflix is headquartered in Los Gatos, CA, 300 miles away from the canonical Hollywood. But at this point Netflix shoulders all the same sins and burdens; Netflix is part of “established, well-funded cinema,” and as such they are proving themselves exactly as artistically conservative and risk-averse as the sensibilities they were supposed to be disrupting.

…Okay, technically, they never explicitly claimed to be out to disrupt Hollywood; they only wanted to disrupt the home video rental industry. What is clear, now that we have a pretty good sense of the “Netflix aesthetic,” is that Netflix never wanted to beat Hollywood; they wanted to join it, to prove that Silicon Valley could go toe-to-toe with any industry it chose. And with limply turgid fare like Red Notice we are reminded that this is a bad thing, for all of us. 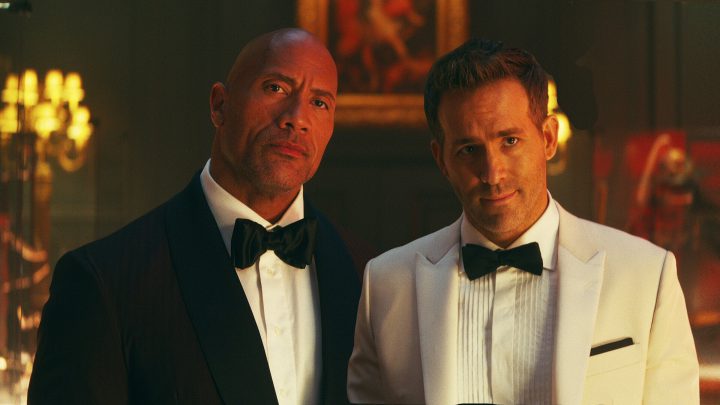 Red Notice teams up Ryan Reynolds and Dwayne Johnson (on paper, a “no duh” formula for success) as a master art thief and an FBI profiler who must grudgingly team up to steal three McGuffins before either being bested by even-masterer thief Gal Gadot or being caught by Interpol agent Ritu Arya. The style tries to be a cross between Hudson Hawk and Romancing the Stone, except maybe not so cerebral.

Action-comedy heists have been a mainstay of popcorn-cinema fare since at least 1960’s Oceans Eleven, which had the star clout to attempt to break up the intensity of noir-typical heists (e.g. The Asphalt Jungle) with enough wisecracks to lighten the atmosphere and make the whole thing a bit more fun. This sub-sub-genre wants us to feel good about taking what does not belong to us, because it’s not about the damage being caused.

These are heists-as-metaphor: Aren’t we all just trying to steal the bejeweled egg of a Good Life from easily-hateable billionaires who deploy the security countermeasures of capitalistic inequity, employ the bodyguards of systemic racism and sexism, and hide behind the hidden stairwells of deep-state wealth protectionism?

Danny Ocean (and his descendants) just wants what’s his (or what he considers his), which really just comes down to some blue-collar conception of “respect.” The melancholy subtext being, “And how sad that crime is his last means of earning it.”

And so in order to buoy the masses surging at our traces every day, Hollywood feeds us these stories of funny, adorable underdogs, criminals with hearts of gold, doing it for the “right reasons,” and fighting the lame forces of Lawful Good as well as Lawful Evil.

Chaos (a.k.a. lowercase-L libertarianism) is the ultimate American Dream (and probably the Dream of whatever country you’re in right now). We want to be “good” but we don’t want to “conform,” which is tricky, since at a high level we live in a society that basically values “good” most of the time. 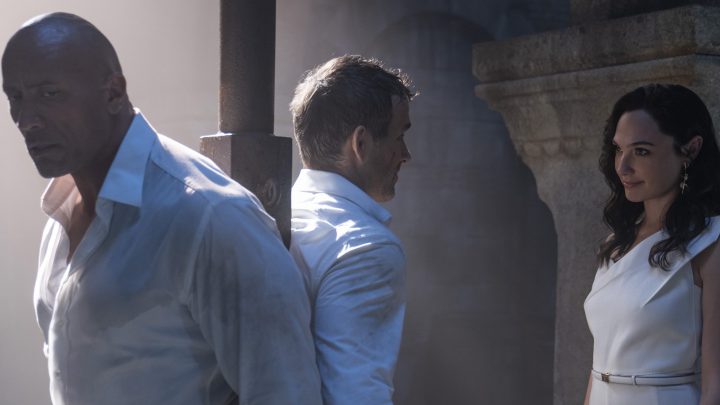 Heist movies (or “capers” as we sometimes call them here at Flickchart) fall into three basic rubrics: 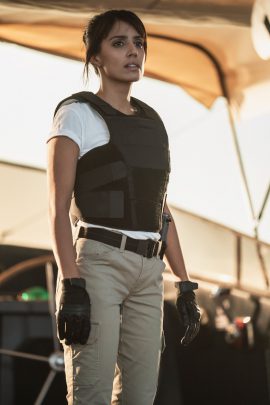 Red Notice features strong character-driven presence from Interpol, especially Ritu Arya’s Inspector Das, so we are not in rubric #2. And no effort is made to show any cops taking bribes or yelling at babies or otherwise kicking the dog, which would give us permission to root against them, as in rubric #1. But we know going into this film that the idea of watching Reynolds and Johnson lose in the end (I mean really, really lose, in handcuffs, broken, Lavender Hill Mob-style) would be absolutely intolerable, in any universe.

And so we’re left with the sense that Red Notice has failed to solve the equation that it and all other heist movies promise to solve. The film does (somewhat vaguely) motivate how stealing these gilded Egyptian eggs is “good” and would not simply be an act of larceny (to say nothing of the tradition of white Western colonial piracy). But it fails to indict the organized forces of societal order, represented by Inspector Das and the (mostly faceless) Interpol agents she has at her command.

The worst that can be said about Das is that at a few crucial points she fails to believe unlikely stories of innocence which we the audience know just happen to be true. But we also know her job is not to make in-the-field determinations about whether or not to to serve any given arrest warrant (the “red notice” of the title).

She is not a lawyer or a judge; her job is to arrest people who might be guilty. If you squint hard, maybe the movie is trying to make her out to be slightly lamer and less cool than our three anti-heroes (and oh what a woeful crime). But this fails entirely; Inspector Das is completely badass beyond even the movie’s understanding, and we are completely unwilling to root against her.

And so all this adds up to a denouement that involves the quote-unquote protagonists firing machine guns at sworn peace officers that we, the audience, have not been told to hate. We cannot let ourselves loose to enjoy the heroes’ daring escape because we cannot bring ourselves to condemn their enemy. And without that engaged abandon that we expect from a good caper starring the current America’s Sweethearts, the film kind of just slides across the screen until it’s over, an empty, non-nutritive paean to a subgenre it seems not to understand.