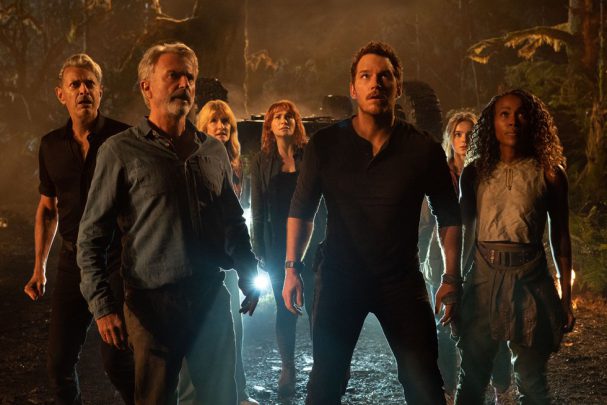 The Jurassic World iteration of the long-running Jurassic Park franchise has been a huge mixed bag. While the first film had generally positive reviews, many condemned it and considered it awful. The general trend for the second film was a steep decline, though still mixed. With the release of Jurassic World Dominion, the general reception has trended even further downward, though time will tell if it crosses the billion-dollar remark the other two films did, proving their overall general-audience popularity.

For this reviewer, Jurassic World Dominion manages to be less of a tonal mess and less stupid than its immediate predecessor, but is still a dried-up, withered shell of a movie. This film is an overstuffed watermelon, shoving about five too many plotlines into it only for them to be dropped throughout the film. Characters are introduced only to go nowhere. Like so many big franchise films of the last few years, this sequel combines the new soft reboot characters with the legacy characters into one big giant plot that never really develops.

The individual performers all do fine. Chris Pratt is still charming in this role, running off his natural charisma. Sam Neill is vastly underused, but manages to keep up his own gruff charm. Jeff Goldblum is a highlight when he’s allowed to ramble in his uniquely Goldblumian manner, making the long-running character of Ian Malcolm a continual delight onscreen. 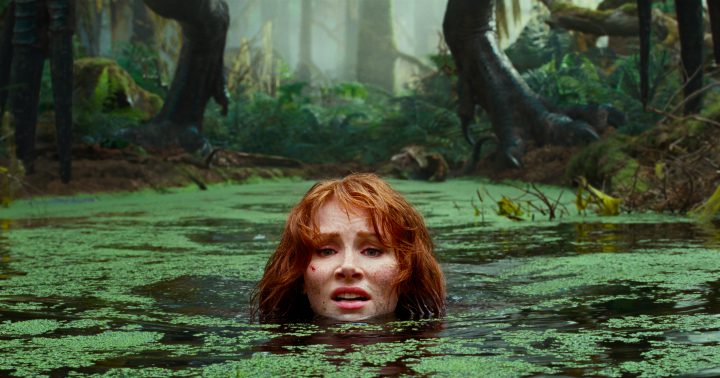 Director Colin Trevorrow excels in scenes it seems like he was given real room to direct. There are occasional tense moments, such as one where Bryce Dallas Howard‘s character must escape a long-fingered dinosaur in a jungle. This feels like an actual movie moment. Another scene where Campbell Scott‘s villainous CEO is trapped inside a tunnel with dinos also has plenty of tension and fear.

But these moments are scattered throughout an otherwise sloppy blockbuster. Full of nostalgia bait and references to prior films, the movie takes the intriguing ending of the previous movie — dinosaurs have escaped into the Earth at large — and reduces it to monologues and exposition drops before steering the movie into the same ol’ trapped-in-a-confined-area plot that all of these movies have had. Meanwhile, certain characters dress and act like supervillains from the Bond franchise.

Even intriguing new characters such as Mamoudou Athie‘s Ramsay and DeWanda Wise‘s Kayla are both wasted due to having no real development. You learn next to nothing about who they are as people, cutting off what could have been interesting turns or signs of depth. Even the character with the most development, Isabella Sermon’s cloned human, feels shallow.

The biggest sin is that a movie full of dinosaurs is boring. Even though it makes a good choice to bring back practical effects mixed in with the CGI dinosaurs, the effect of seeing a dinosaur onscreen just isn’t as fantastical as it was back in the 90s. Technology has come so far, but the effects just don’t mystify as they once did. We still need grounding in a story and dramatic tension to enjoy a movie.

Jurassic World Dominion has none of that. The film willfully ignores all real-life physics and reality, and nothing matters. Bryce Dallas Howard’s character is ejected from a crashing plane, presumably because crashing in a plane would likely kill or severely injure you, but the two characters stuck in the plane get out of the wreckage with no injury, no harm, and no consequences. Chris Pratt falls into a frozen lake but emerges unharmed; hypothermia doesn’t exist. Not to mention scene after scene with humans outrunning dinosaurs and barely avoiding being hit by mere seconds. 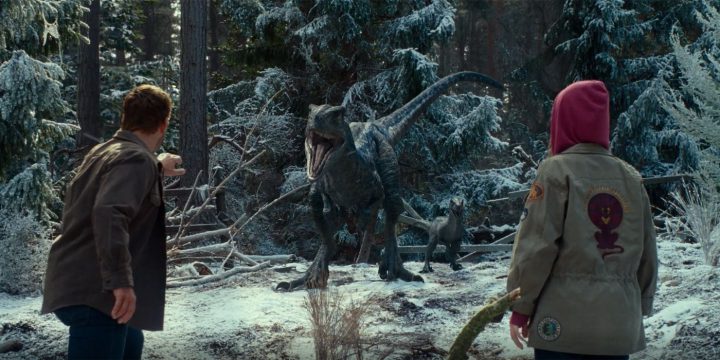 These kinds of moments kill the action. It never really feels like there is danger, except in those small, aforementioned moments that feel like an actual director was involved instead of a committee of action and effects people. Otherwise, you have velociraptors leaping across buildings like they’re Jason Bourne and Chris Pratt using his hand trick on every dinosaur in sight, even though the first film established that only worked on raptors that Pratt’s character had trained since birth. Since the filmmakers don’t care about the rules, you don’t either.

When the film ends with its unearned message of dinosaurs coexisting in the world with people and animals, and you have humpback whales cuddling with a giant, sea-faring dinosaur, it feels like the franchise has jumped its own shark twice over. The franchise has forgotten the very danger it was originally framed around, and heck, even the danger the previous movie was trying to prevent. Hopefully this series can finally stay in the past where it belongs, though that would require an awareness of the movies’ message that clearly no longer exists.

Tell us your thoughts on Jurassic World: Dominion below and rank it on Flickchart today!