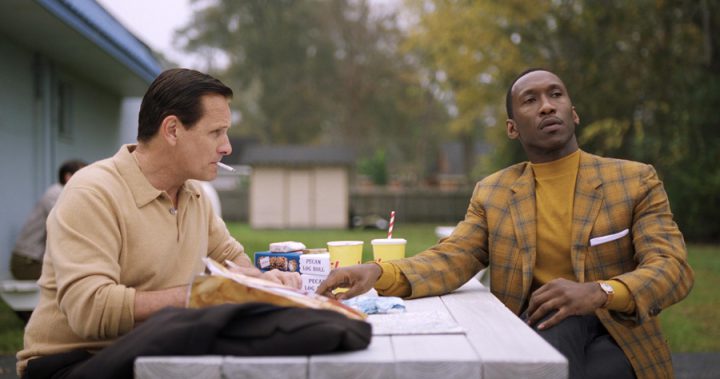 Bobby and Peter Farrelly have built a career making absurd and gross-out comedy films together. Green Book is the first feature film that Peter has written and directed without his brother, and this time he’s taking on a serious subject. When you try to address the topic of racism in the South, you can’t treat it flippantly. That said, the film isn’t humorless. It never makes light of the issue, but the two main characters have funny quirks that allow us to relate to them and laugh at them. Farrelly knows how to set up a good joke or a humorous situation, and he knows the timing required to elicit laughter from the audience without having comedians in the cast. I chuckled a lot while watching the film, and I wasn’t alone. The theater was buzzing with laughter as well as other emotional reactions that made it clear Green Book was connecting with all of us from start to finish.

Admittedly, it seems almost tailor-made to connect with Oscar voters, too. It’s comical how many elements of Green Book fit the stereotypes of movies the Academy has loved in the past. Here’s just a short list of examples:

Movies that check so many of these boxes have a tendency to feel like they are trying too hard, and there are definitely moments when Green Book falls into that trap. At times it feels like Farrelly is condescending to the audience, as if they need their hands held to understand the themes. It locks on some visuals for too long, and has scenes that exist just to reemphasize a point. However, despite the fact that it is aiming for Oscar gold, there’s still a great deal of heart in the story of friendship between Don Shirley and Tony Lip. Part of that can be credited to the writing and directing, but what elevates the film more than anything are the performances of the lead actors.

Viggo Mortensen plays the dynamic character of the the film. Tony Lip is a bouncer that is looking for a paycheck when his nightclub closes for a few months. He has a tendency to behave like a con artist or hustler, and has been raised in an Italian family that is not all that tolerant of black people. But in order to make a steady paycheck he lines up a job as the driver for a black man. Without coming out and saying it, we are also made aware that he is intended to serve as a bodyguard in order to keep his employer safe when traveling through some dangerous parts of the country. Mortensen packed on some pounds for this role, which is fitting considering how much the character loves to eat. He’s not obese, but he has enough weight to be intimidating when he walks in a room full of thugs. His Italian-American accent is excellent, and feels natural instead of forced. Tony Lip is a flawed man in Green Book, but Mortensen’s performance is extremely charismatic so the audience can root for him to put aside his prejudices and become a better man. 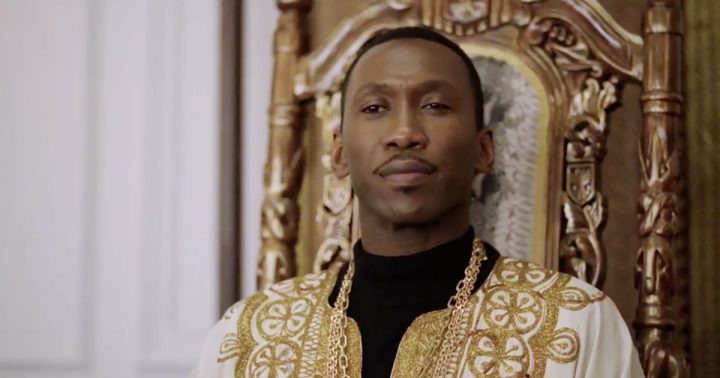 Mahershala Ali plays a virtuoso pianist named Don Shirley who is a marvelous performer. He has made the decision to embark on a tour to share his talent in concert halls throughout the Deep South despite the difficulties he might face along the way. He plays this character as formal and dignified throughout Green Book. Shirley is a man who has a lot going on in his life, but it takes time for the film to address all those things because he is so guarded with his emotions. There are a few powerful scenes in which he finally allows himself to explain the hurt he has inside, and it will bring many in the audience to tears. Ali is so charming that he makes you care about this character despite the fact that he is aloof most of the time. Also, unless there were some seamless digital effects, I think the actor was playing the piano himself in many of his scenes. It is masterful music that would be challenging for even the most skilled pianist, so it’s astounding that we watch Ali in full-frame playing several pieces. 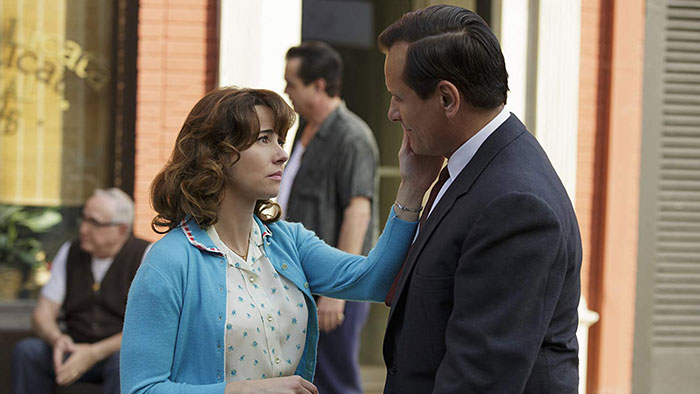 The rest of the cast in Green Book is also delightful. Most notable is Linda Carellini, who plays Tony’s wife. Her character is crucial because she allows us to see that her husband is a good man inside despite the tough front he puts up. Scenes of her throughout the film remind us of the family he has left behind, and they put a ticking clock on the events of the film because she wants her husband home for Christmas. There are a number of other character actors that you’ll recognize, and some that are fresh new faces. Many have the thankless job of playing the racists that create the conflict in the story. This is where a lesser film would get more heavy-handed and make everyone a cliché, going overboard with n-words and general abuse. There are moments like that in Green Book, as there were surely moments like that in Shirley’s life, but the exploration of racism is also subtle in many scenes. It shows how even in polite parts of society there were and are still ways in which a black man is not accepted. 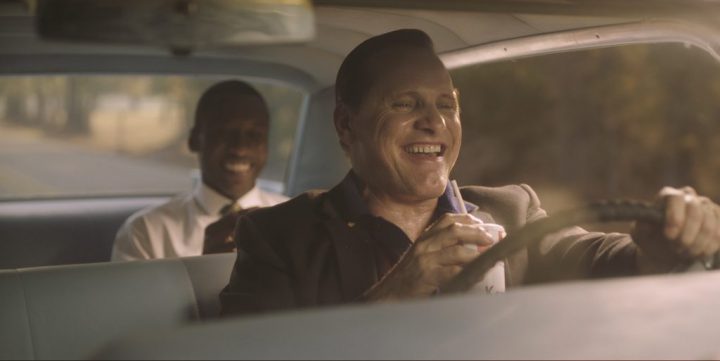 While it might earn some acting nominations, I doubt Green Book will end up as a Best Picture contender. Considering the fact that BlacKkKlansman, The Hate U Give, Sorry to Bother You, and even Black Panther all came out this year, it might not even be the best film about race relations in 2018. Still, Green Book has something to say and says it well. It is a feel-good film despite the depressing circumstances that the characters face. It is engaging despite the fact that you can predict most of the plot after seeing the trailer. There are only a few things that will surprise you, but that doesn’t change the fact that your heart will be warmed by the story. The juxtaposition of polar opposite characters and the reversal of traditional roles is a unique way of tackling this topic and leads to some comedic situations. Finally, Green Book is a good holiday film that deals with themes of love, friendship, and acceptance that we all need to remember at this time of the year. It leaves me excited to see what Peter Farrelly might do next in his solo career.

Where does Green Book rank for you? Add it to your Flickchart and let us know in the comments below.

Ben Lott has been a member of Flickchart since 2010, and is an avid contributor in the Flickcharters Facebook group. Ben seeks escapism, so he leans towards movies with a strong narrative, particularly in the action or sci-fi genre. You can find him on Flickchart as Blott.