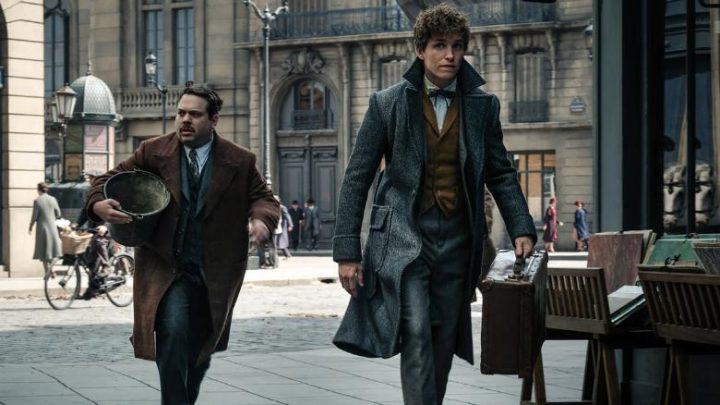 The second entry in the planned five-film series of Potter prequels is unfortunately not as magical as one might hope. Despite a lackluster first entry, I had hoped this second film would focus on the prequel aspect of the series by centering on Grindelwald’s political movement and leaving out the whimsical adventures of Newt Scamander taming magical beasts. Or vice versa — more Grindelwald and fewer beasts. Instead, this second film doubles down on the tonal and script issues by trying to be two different films while tacking on a third story arc in the form of identity issues for the returning Credence (Ezra Miller) and newcomer Leta Lestrange (Zoë Kravitz). The result is a jumbled mess of a film that would leave even the famously untidy Hagrid blushing.

Some of the sloppiness can be attributed to middle entry sickness. With so many of the main events of the series clearly coming in later films, this feels like a placeholder for future events to come. Even so, the story is a confusing mishmash of events with no clear plot. Grindelwald (Johnny Depp) is gathering followers for a future uprising, but there is little actually accomplished in the way of story progress or character arcs. The editing only emphasizes how messy of a film this is. Scenes feel arbitrarily sequenced and have no emotional consistency.

The Crimes of Grindelwald does have some positives. The magical creatures featured are creatively designed and benefit from strong effects work (though there’s no mistaking them as anything but CGI). David Yates also tests some new directorial techniques, including extensive use of close-up shots on actors’ faces. It wouldn’t be much of an exaggeration to say this is the most artful use of direction in a Potter film since Harry Potter and the Prisoner of Azkaban.

The acting is also decent. Eddie Redmayne continues to be delightfully awkward as Newt, as bland of a protagonist as he is. Depp is also welcomely understated as Grindelwald, opting for a quiet yet nefarious charm. Kravitz also manages to make a somewhat melodramatically-written character believable and bring some gravitas. Jude Law‘s younger Dumbledore is little more than window-dressing in this film, but Law does a decent enough job. 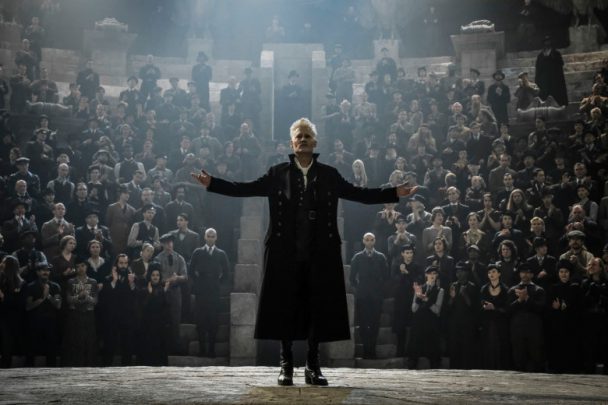 Some of the film’s late reveals will make both Potterheads and casual fans frown. The choices are questionable and it feels as though Rowling is drifting into George Lucas territory with some of the alterations to characters’ backstories. There is little in the way of momentum or buildup to the climax, and pairing that ennui with the grey, drab art direction makes The Crimes of Grindelwald a slog. Potter fans may find something to enjoy, but this feels like five hours of footage cut down and pieced together like Frankenstein’s monster. Hopefully later Fantastic Beasts movies can have more coherent stories as we get closer to something actually happening. If they’re all like this, however, it may not be worth the wait.

Sound off in the comments with your thoughts and rank the Potter franchise on Flickchart today!