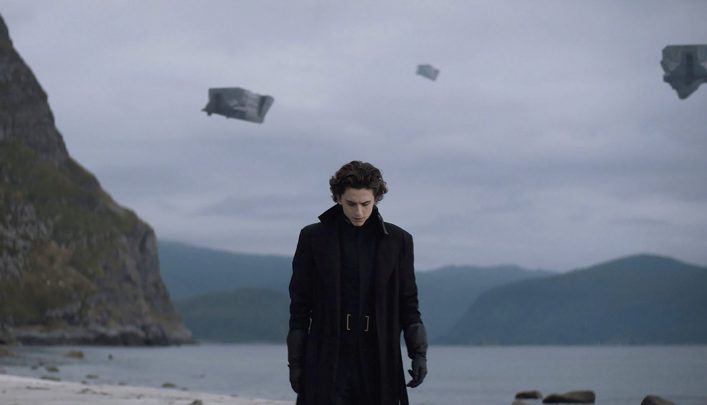 Adapting a property like Dune is no mean feat. Even a great master of cinema like David Lynch arguably succumbed to defeat with his 1984 adaptation. The announcement of Denis Villenueve‘s attempt held the promise of, at the very least, a visual feast. But would a major studio give him the time to wrestle with the deep and rich source material to produce a worthy adaptation?

Time will tell. The only guarantee right now is this first of a rumored two films, and while it very much feels like only the beginning of a story, Dune is by and large a success.

Just what is Dune? It is one of the legendary sci-fi franchises, from a massive, multi-novel series about warring families, Messiah prophecies, magic powers, spice, and sand worms. Full of new terminology for just about everything, it is not user-friendly story-telling. There is a lot to keep up with, and the mythos itself can easily overwhelm the storytelling capacity of a single movie, as it did for Lynch. 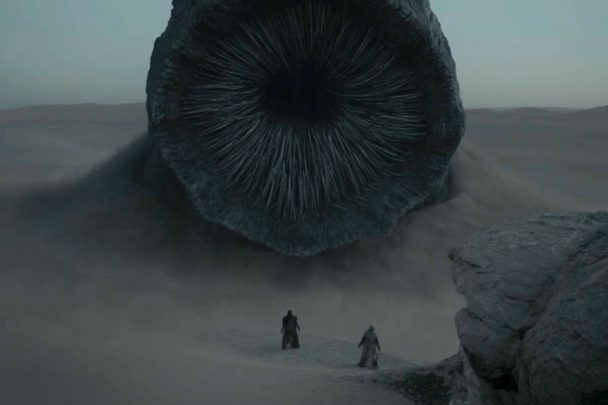 To Villenueve and company’s credit, 2021’s Dune juggles the massive store of lore with great finesse, and the balls only occasionally threaten to drop. The pacing is slow and measured, but rarely ponderous even as we are introduced to a multitude of characters, concepts, and motivations. Rarely will you feel any moment of confusion or even fatigue, though the goals of the enemy characters feel a little broad at this early stage.

The biggest fault of this work is that is not a full tale. There is much ground left to cover, and the film boldly announces this with a “Part One” subtitle. We do not get to witness a full character arc for really any character.

Similarly, a few matters feel undeveloped. The main character, Paul Atreides, has the hints of an arc and development, but is largely a silent cipher pondering his visions and the events unfolding around him. This is no discredit to Timotheé Chalamet, who does a fine job with the role he is given. But the amount of setup required leaves little room for advancement.

With that criticism out of the way, praise can go to every other element of the film. The casting choices are excellent, and so strong were some of the performances that it’s a shame we won’t see any more of certain characters. Oscar Issac and Josh Brolin are both standouts in relatively small parts.

Villeneuve’s cinematography is gorgeous as ever.  His framing and shot composition are immaculate, as are his use of transitions, which creatively blur light and focus. The famous sand worms are rendered as monolithic beings of almost godlike import. Hans Zimmer’s score is also excellent; from tribal chants to ambient and electronic noise, the themes for various Houses and peoples and story moments pull you into the feeling of each scene. 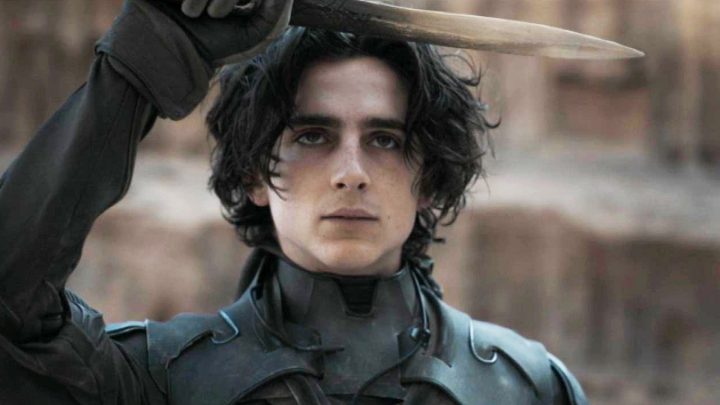 Dune will leave you wanting more, which is both a flaw and a credit. This easily could have been a disaster, or no better than the interesting yet ponderous 1984 version. Instead, Denis Villenueve has taken an iconic sci-fi story and delivered a definitive rendering of the material onscreen. Perhaps more material will help it feel more complete. Until then, we hope that this truly is only the start of our journey through Arrakis.

What did you think about Dune? Sound off in the comments below and rank it on Flickchart today!