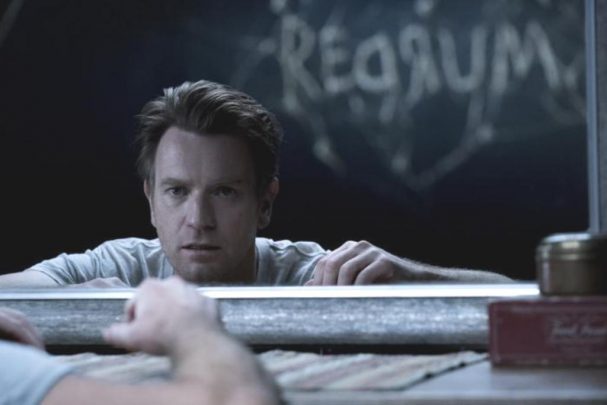 If there is any such thing as an “original sequel,” Doctor Sleep is one of the most original sequels to hit theaters in a while. Based on Stephen King’s 2013 novel, the film attempts to serve both as an adaptation of the book and a sequel to Stanley Kubrick’s famed adaptation of the The Shining. The book Doctor Sleep was a surprise in and of itself, coming decades after The Shining, and it garnered such attention that it was only a matter of time before a film was announced. Attached to direct was Mike Flanagan, who has quickly made a name for himself as a new horror visionary (The Haunting of Hill House, Oculus, Hush, Gerald’s Game), and the ingredients seemed present for Doctor Sleep to be a success.
Attempting to reconcile the disparate elements of King’s vision of his book with the changes Kubrick made to the story was certainly no easy task. As a big King fan I am, like King himself, a longtime critic of Kubrick’s film, so having this movie lean on that film’s imagery and story was not necessarily my preferred approach. But Doctor Sleep finally made me care about the movie version of The Shining. It provides a purpose to the ending of the original movie that I’ve always felt was lacking. There is thematic resonance in the story of a grown-up Danny Torrance dealing with the trauma of his ill-fated trip to the Overlook Hotel. Doctor Sleep‘s commentary on the struggles of dealing with trauma and learning to conquer your problems works quite well. Echoes of Andy Dufresne can be felt in adult Danny, making this movie feel something like a mashup, The Shining Redemption. 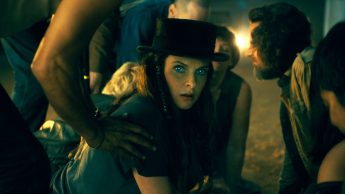 Doctor Sleep leans into a comic book feel with the magical elements of the story, making the famed “shining” ability into almost a super-power. Flanagan is a deft enough director to prevent the film from descending into schlock, but one’s reaction to this material will vary based on your tolerance for genre conventions. The film also blurs the line between homage and fan service with its references to the iconic imagery and score of the Kubrick film. While this imagery provides a reference point, it threatens to cheapen the unique imagery of the first movie. Some shots that mirror Kubrick’s shots cleverly parallel or reverse of the thematic meanings of the original shots, but others cheapen the horror and atmospheric qualities of Kubrick’s choices.
Closely tied to the past, Doctor Sleep takes a faithful approach to its flashback scenes. The color grading, costumes, and production are convincing enough that I thought the first scene was simply archival footage from The Shining. It was only the vastly different-looking actors that broke the spell. Alex Essoe, for instance, does a great job mirroring the vocal tenor of Shelley Duvall, but since she’s not a CGI ghost her unavoidable physical differences are a giveaway.
The entirety of the cast is strong. Ewan McGregor does a great job as Danny, anchoring the character’s pain and trauma. A scene where he speaks to his character’s alcoholism and how it makes him closer to his own alcoholic father are truly heart-breaking. He also has strong chemistry with Kyliegh Curran, the young actress playing Abra, a character with her own powerful shining. Rebecca Ferguson stands out as the villainous Rose the Hat, a motherly Irish figure with anger and a vixenly simper. Cliff Curtis is strong in a side role as a friend of Danny Torrance and helps inform the character development in an authentic manner. 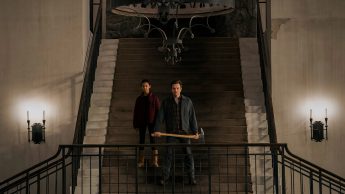 Doctor Sleep shows the value of revisiting parts of The Shining, especially for those of us like Stephen King who feel it needed some redeeming, but it also provides its own strong story. While it may lack a bit in the atmospheric department compared to Kubrick’s achievement, Flanagan crafts strong scenes that have gut-punching visceral value. Flanagan knows how to make a horror film, and while Doctor Sleep has some unwieldy aspects in its two-and-a-half hour runtime, it weaves a strong enough spell to lull you into its embrace.

Tell us what you thought of Doctor Sleep below and rank it on Flickchart today!