Review: Death on the Nile 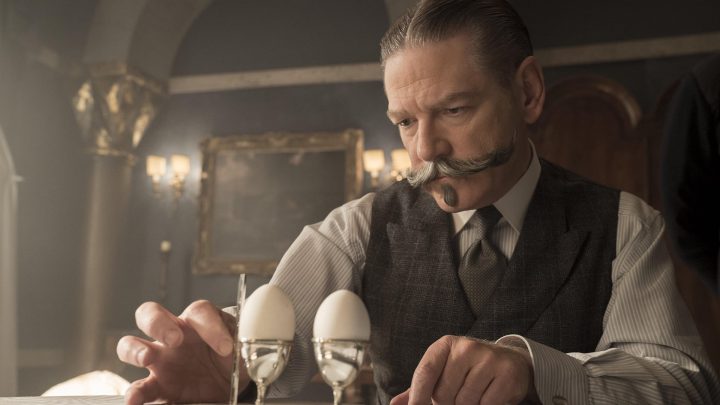 Is Kenneth Branagh a great director? It seems a strange question to have to pose in the same week that Branagh is nominated for Best Director for his film Belfast. Yet, a quick survey of his recent directorial career reveals a dearth of great work. Since 2010, he has directed a collection of decidedly mid-tier franchise films in Thor, Jack Ryan: Shadow Recruit, and a live-action Cinderella remake. He also directed the forgettable film All is True and the atrocious Artemis Fowl. His body of work of late doesn’t seem to match his reputation.

Death on the Nile is a mild sequel to his 2017 adaptation of the classic Murder on the Orient Express. By all means, this pair of films seems to be a true passion project for Branagh. He has a genuine love for Agatha Christie, the famed and acclaimed murder mystery writer whose books have been adapted endlessly and are the source material of these two projects. Branagh inserts himself as the protagonist, famed detective Hercule Poirot, a man whose eccentricities are a feast for an actor such as Branagh. And Branagh’s performances are a highlight of both films, to be sure.

He aims for largely straight-and-narrow adaptations of the novels, with faithfulness to the source material. Yet therein lies a problem.

Examine some commonalities across both adaptations. Star-studded casts of a variety of actors appeal to multiple demographics. In Death on the Nile the cast ranges from Gal Godot to Annette Bening to Armie Hammer to Russell Brand to Letitia Wright. In the trailers for both films, remixed pop music plays in the background as the audience is dazzled with quick cuts that play up murder, sex, and intrigue. Branagh recognizes the need to appeal to modern audiences, and Death on the Nile features the familiar, dark, cool color-coding that is so often used in modern murder mystery productions. These kinds of choices led to great box office success for Orient Express.

Yet, when one actually watches the films, there is a jarring disconnect between the elements that feel designed to market to 2022 and Branagh’s own inner ambitions on creating faithful Christie adaptations. The film is plain and unremarkable in many ways. It is safe in the manner it adapts the plot of the book. The script plays up a ham-fisted theme of love; not coincidentally, the film is released on Valentine’s Day weekend. Every line of the film is an attempt to speak to the idea of jilted love, and true love as well. Yet Christie’s mystery tropes feel predictable to a fault in this day and age, as aped as they have been over the decades. The central twist of this one is utterly predictable, even if you never read the book or saw the prior version.

Branagh attempts to add directorial flourishes here and there. He frames some interesting shots, positioning the camera to place certain characters over and under each other. We search Poirot’s face as he calculates his way to the next clue. Poirot stands over another character as he interrogates them, the camera positioned over his shoulder as he looks down on a suspect darkened by Poirot’s shadow. The camera also moves and weaves and bops its way through an overabundance of CGI. For a film that is ostensibly set in Egypt, it is disappointing that the backdrops are so painfully artificial. It robs the film of character and belies the attempt to produce a lush period piece.

Death on the Nile is a film murdered by compromises, caught between past and present. While modernization was needed to add fresh life to old material, Branagh adds these modern touches in all the wrong ways and prevents the movie from becoming anything greater. The result is a film that is occasionally fun, but more often feels dull and plodding. It’s certainly not terrible, but at the end of the day it is a forgettable, dry adaptation.

Branagh has the ability to be a great director. He has been nominated multiple times for directing awards and won several. And one can appreciate that Death on the Nile is not a cash grab for Branagh, as he wants to bring to life material he loves. But Death on the Nile feels weighed down by choices that don’t let it be as truly old-fashioned as Branagh wants it to be, and never innovates enough to feel refreshingly modern. As in so much of his modern work, Branagh fails to deliver a truly satisfying project when caught in the major studio franchise machine.

What did you think of Death on the Nile? Sound off in the comments below and rank it on Flickchart now!