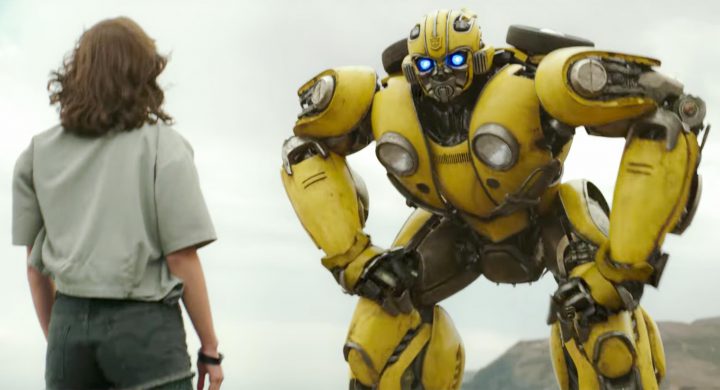 Bumblebee shows that the Transformers franchise still has a little gas left in the tank. Get it?

It’s taken six films for the franchise to produce a truly good one. While the praise pouring in for this latest entry in the transforming robot blockbuster series may be slightly exaggerated, Bumblebee is truly the best of the bunch, by far. The action films of Michael Bay, who directed each of the previous live-action Transformers movies, are embarrassing CGI-laden spectacles full of sophomoric sex jokes and bland action. The public finally wised up, as box office returns fell off dramatically for the most recent one, Transformers: The Last Knight.

Bumblebee is the first to not have Bay in the director’s chair, and the difference is immediate and palpable. For one, the design of the Transformers themselves is far better. Bay’s robots were bland, metallic-gray blobs. Their fights were achieved with repetitive quick cuts and infinite explosions, with the result that the action in the previous films was nauseating and difficult to follow. In Bumblebee, the robots actually look like the well-loved characters from the old cartoon series. They are bright, colorful, and easy to tell apart from each other. Director Travis Knight is comfortable holding a shot and allowing the action to play out it a comprehensible way.

The significant stylistic improvements don’t mean that Bumblebee is absolutely fantastic, though. There are plenty of nonsensical plot points, starting with the film’s kid protagonists effortlessly escaping a well-equipped government squad. Later a metal trash container sustains a blast from a rocket (shades of the infamous refrigerator scene from Indiana Jones and the Kingdom of the Crystal Skull.) Characters consistently make silly choices, but even so, the film makes an effort to have believable character arcs. That’s an important difference between Bumblebee and its predecessors. Hailee Steinfeld is easily the highlight as she elicits empathy for her character and develops a friendship with Bumblebee that feels real. 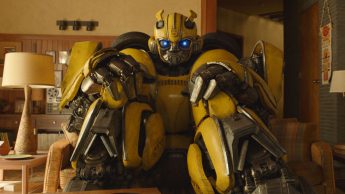 John Cena is the other big acting presence in the film. His character’s arc feels a bit disjointed, but Cena has a certain charisma that makes even his dumber lines work. The physical comedy involving Bumblebee is surprisingly amusing.

Is Bumblebee really a new departure for this troubled franchise? Only time will tell. It’s not an especially high bar to clear, but if the scripts can continue to build on the new foundation laid here, we might actually get a truly fantastic Transformers movie. Even if not, Bumblebee is still a pretty fun time at the theater, and that’s why we watch blockbusters like it.

What did you think of Bumblebee? Let us know in the comments below and rank the entire Transformers franchise on Flickchart!