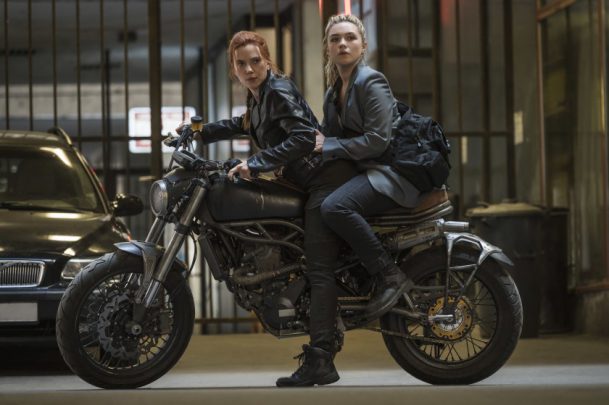 An ongoing debate in the Marvel Cinematic Universe is who, if anybody, are the creative visionaries behind these works.

Is it supreme overlord executive producer Kevin Feige? Feige is certainly the architect of the MCU as we know it. Critics of this cinematic endeavor have held up Feige’s conformist vision as proof that these superhero films are creatively-bankrupt products.

Fans of these films might champion Feige’s approach, while other fans refute the hypothesis entirely and point to MCU films that are, in fact, products of their creator’s specific vision and artistic hallmarks.

If Cate Shortland‘s Black Widow is any indication, Feige has paid attention to those who have called the MCU a bland, samey-grey sludge, and intends Phase 4 to thwart such criticisms… even if this film only does so with mixed results.

Due to the COVID-19 pandemic, Black Widow‘s release was delayed multiple times. Originally meant to kick off the fourth “Phase” of this cinematic universe back in spring 2020, Black Widow has finally released in July 2021 after three MCU Disney+ shows have entered the digital airwaves. With the Infinity Saga in the past, the next grand story can now be told, and many waited with bated breathe to see just where things might go.

The online shows have certainly hinted to a few different overarching storylines while also telling their own stories. But not everyone wants or has the ability to keep up with a bunch of streaming serials. Black Widow is therefore the big-screen continuance of the MCU that many have been waiting for. Yet Black Widow now comes at an odd time in the development of Phase 4. Set immediately after Captain America: Civil War, the film tells a fairly self-contained story set before Avengers: Infinity War and with minimal connection to any other story.

Directed by Cate Shortland, who is known mostly for her 2012 indie film Lore, the opening 20 minutes are an encapsulation of the strengths and frustrations of the film as a whole. The cold open sees two young girls playing in the tranquil surroundings of suburban Ohio circa 1996. In a sequence that strongly recalls the critically-acclaimed show The Americans, we are introduced to David Harbour‘s Alexi and Rachel Weisz‘s Melina, Soviet spies deep undercover in America acting as a family with two surrogate daughters. As news, presumably, of the fall of the Soviet Union reaches them (though the USSR fell in ’91, so the exact reason for their sudden acts are not quite clear), the proxy family is forced to drop their life in America and flee to Russia. We are then introduced to a montage of Natasha and her younger surrogate sister, Yelena, being trained as “Black Widows” as a moody cover of “Smells Like Teen Spirit” plays. 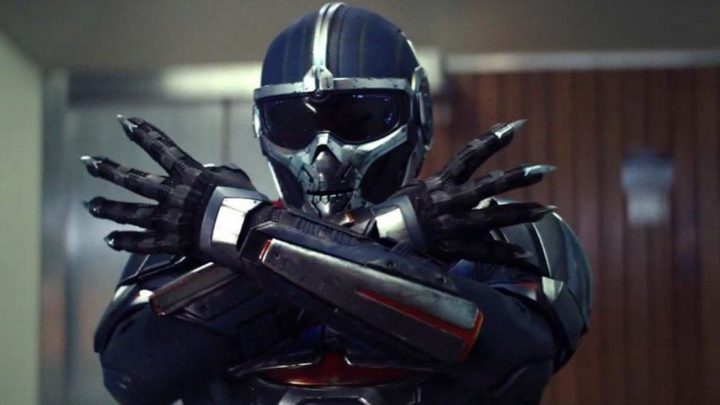 This sequence establishes all of the positives and minuses of the film to come. For one, a commitment to a darker, more specific espionage tone is established. Shortland’s use of the cameras is noticeable in its use of closeups, frantic cuts, and shaky cam. Black Widow feels like a film with style, and when allowed to flourish this makes the movie feel more like a Bourne or Bond film than a MCU superhero adventure.

The introduction also conveys the prominent theme of family that runs through the work. Natasha’s struggle with family, or lack thereof, and the sins of her past has been seeded here and there throughout her MCU appearances. This film addresses that idea head-on, if somewhat simplistically. It’s a theme that’s resonant and actually works for the most part.

Then come the issues. As mentioned above, the sudden need for the family to escape America goes unexplained, and a lot of the script is like that. Many events fly in the face of logic. Black Widow is established as a worldwide fugitive from the start, with some nice cameos from William Hurt‘s Thunderbolt Ross hunting her after she aided Captain America in Civil War. She then proceeds to spend the entire film doing pretty flamboyant, attention-getting things, like engaging in citywide shoot-outs, walking around in public discussing her life as an Avenger with her adoptive sister all grown-up, and breaking into high-security Russian prisons.

The characters hop around the world with seemingly endless resources, despite that not making much sense. This would not be a major criticism were it not for Shortland’s deliberate attempts to present this as a more realistic spy-world. The movie goes to the trouble of introducing a contact for Scarlet Johannsson‘s Natasha, who obtains gear and transport for her, but the mechanics of it are so sloppy and poorly explained that it seems like a waste of time.

Black Widow pivots from walking around in America to Budapest in a matter of a cut. Again, had the film not tried to establish that she was a fugitive, this would not be a sticking point. But the tension of her being hunted evaporates as soon as it is introduced since it does not seem to hinder her in the least.

This film’s use of a moody cover of a popular song in the opening montage also speaks to an unfortunate commercial trend in trailers over the last five years. While it makes some sense, being a song that was popular when the characters were growing up, it still feels like a rote decision.

There’s a mild feminist message in the work, with women striking back against men who seek to use them. Ray Winstone‘s Russian general’s resemblance to Harvey Weinstein has been commented on already, and the theme of the bonds of sisterhood is a solid emotional core. Yet Black Widow’s script rings hollow, and the film’s editing undercuts its rhythm, especially in action scenes and as we work our way toward the bombastic third-act conclusion. There are some decent hand-to-hand fights, but the editing feels sloppy and disorienting. Perhaps this is attributable to Cate Shortland’s relative inexperience with action despite her stylish flourishes as a director.

None of this is to say Black Widow is a poor film. It is a welcome return to a cinematic universe after nearly two years without a Marvel film. ScarJo finally gets to live this character fully, and she uses all of the red in her ledger to color in the lines. Florence Pugh is also a highlight as the clear Black Widow to come. She has wonderful, understated comedic timing, and the way she plays with certain lines such as a meta-commentary on Black Widow’s superhero pose is laugh-out loud funny. David Harbour plays to his strengths as well as the goofy, bumbling Red Guardian, a washed-up Russian version of Captain America.

Comics fans such as myself might be underwhelmed by the use of Taskmaster here. The mercenary character, who can copy any hero perfectly after watching them fight, is given too few scenes. The character is used fairly similarly to the Winter Soldier in Captain America: The Winter Soldier, an ominous silent type walking around threatening harm. But Taskmaster doesn’t fit as neatly here, and the action on the whole doesn’t stand up to that work. Still, there are some genuinely affecting moments in Taskmaster’s confrontations with Black Widow. For those who could care less about comic faithfulness, this character will likely work well.

Black Widow is largely a fun film, and it takes some daring steps here and there. If it is indeed a tone-setter for Phase 4, this may prove to be the most diverse set of films in the run. It’s just clear that the script and editing needed a few more passes to bring them up to snuff. The highly self-contained nature of this film may disappoint those who want to see a larger story; there are some building blocks for the future, but they are more minimal here than in earlier phases. 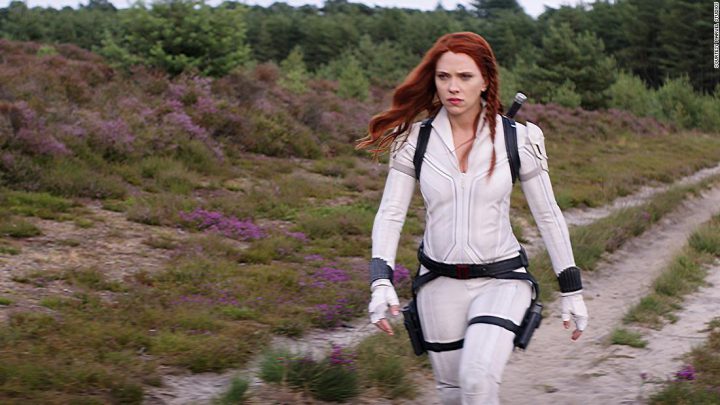 Perhaps the secret of a great MCU film is the blend of Feige’s oversight and a clear directorial vision. This may be a more muddled brew, but it’s tasty all the same. It does not stand with the best of the MCU, nor does it land in the depths. Let’s see what else Feige and company have in store after this fair and exciting return to theaters for the franchise.

What did you think about Black Widow? Sound off in the comments below and rank the entire MCU on Flickchart!