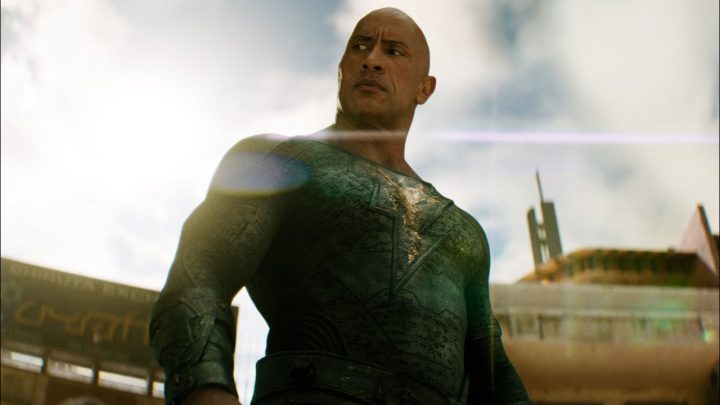 To say that the DC Extended Universe has been beleaguered would be an understatement. After the false start of giving Zac Snyder full creative control and having his take on DC blew up in Warner’s faces with multiple critically-reviled films, the DCEU has been reeling all around. It’s sort of let several franchises operate alone, making vague references to a shared continuity but not really doing anything with it. Then whispers of a reset stewed, with talk that the upcoming Flash film would be an adaptation of Flashpoint, a famous multiverse reboot story. But that film now faces potential issues due to Ezra Miller‘s recent personal problems.

It appears that the DCEU is moving forward by pinning their hopes on beloved actor and WWE icon, Dwayne “The Rock” Johnson. Cast as antihero/villain Black Adam nearly ten years ago, Johnson’s film finally arrives and is being touted as the “Phase 1” of the new DCEU, in reference to Marvel’s Phase structure. Unfortunately, while the box office success of the film is still pending, Black Adam is a largely derivative work that takes its few interesting concepts and buries them beneath bad humor, shoddy writing, and an overreliance on overplayed tropes of the genre.

Directed by Jaume Collet-Serra, who started as a horror director before shifting to directing a decent chunk of the endless Liam Neeson action films, Black Adam feels largely like a fighting video game turned into cinema form. In other words, its a series of effects-driven action sequences hung together by shallow and often disappointing cut-scenes. It’s a strangely plotted film with a series of false starts and stops that struggle to provide narrative cohesion. A hero group, the Justice Society of America, plays a fairly large role in the film as an entity sent to contain the reawakened Black Adam. Adam is an ancient hero from the nation of Kundaq, awakened by a resistance fighter in the modern-day to save herself when attacked by the occupying military force, the Intergang. She is trying to steal an ancient evil crown from its hiding spot and then hide it again.

If this doesn’t make much sense, welcome to watching this film. Most characters do things that don’t make sense for their characters to do. Dialogue is shallow and heavily expository in one of the worst recent instances of telling and not showing. Jamming the Justice Society into this film for so much of it makes Black Adam feel like a side character in his own film, and while his character technically has an arc, it’s so oddly handled that it doesn’t really satisfy.

Johnson is an inherently charismatic person, but he struggles to play a character like Black Adam, who is mostly quiet and glares at people. Johnson’s physique is intimidating, but he doesn’t quite pull off the noble bastard archetype that Adam is supposed to be. It further doesn’t help that the film keeps telling us he is an antihero, but aside from a willingness to kill and a generally uncooperative nature, he is not really an antihero. There are no moral struggles or any real divide between Adam and the Justice Society, other than the wanton killing. Because Adam is killing members of a clearly-violent occupying force that is bringing deadly aggression, it doesn’t sell us on the idea that Adam is doing anything bad. The writers fail utterly to show us any real conflict.

The film is not without its charms. The action is at times too reliant on CGI, Snyder-like slow motion, and sudden chaotic cuts, but when it’s visible it is pretty entertaining. Adam’s merciless style is fun, and seeing him clash against the variety of powers the Justice Society commands is gleeful comic book chaos.

Pierce Brosnan brings his acting experience to make Doctor Fate a likable character, slyly delivering snarky commentary and appearing wiser than everyone else. Though underutilized he helps elevate several scenes, even when he has to deliver some pretty shoddy dialogue. While Hawkman is written to deliver the same five lines of dialogue over and over, Aldis Hodge brings enough intensity that this character is fun as well.

Black Adam could have been so much better. A true moral exploration of an antihero has an inherently interesting appeal. The film tries to make commentary on American imperialism — the American superheroes only show up to aid the fictional Middle Eastern nation when something dangerous to them arrives in the form of Black Adam — and Adam being a non-American hero who defends the interests of Kandaq is a neat concept. But the film merely regurgitates flat dialogue to this effect and slaps together some cringy scenes of “the people rising up” against CGI zombies, and it comes across more tone deaf than revolutionary. There are many worse superhero films out there nowadays (just look at anything Sony has made), but Black Adam fails to bring the thunder.

Tell us what you thought of Black Adam below and rank it on Flickchart now!