Ranking the “The Omen” Franchise

The bells toll again this Halloween, portent signs of dark things to come sounding on Flickchart. For the last four years, Flickchart has ranked the most iconic horror and slasher franchises. Now, for the first time, we turn away from the slasher (slightly) and remark upon the number of the Beast. 666 it is, and the supernatural franchise is The Omen. Let us join hands and follow the journey of one Antichrist and see what the best films of the franchise are.

Of note, there is a 1995 TV pilot that failed to get picked up as a series; it is rankable on Flickchart, but it is not included in this ranking as it is not a film. 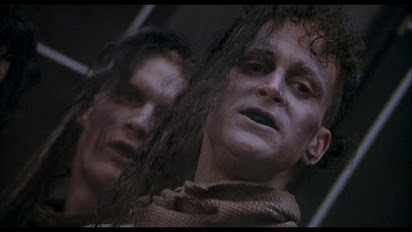 As is par for course with most horror franchises, the final entries before the reboots are the dregs of The Omen series. The Omen IV: The Awakening aired as a made-for-television film in an attempt by Fox to keep pumping out sequels to the franchise after the theatrical gains weren’t satisfactory enough. The film is thwarted by the fact that the main character of the series, Damien Thorn, is dead (see below), and so it has to retcon the story entirely to create what is essentially a gender-swapped remake of the original movie. Instead of a little boy in a rich, politically-connected family, the child here is a little girl adopted by a Virginia Congressman. It more or less follows the plot of the original as the little girl, Delia, grows up and strange circumstances and deaths start stacking up around her.

But this has none of the charm or skill of the original. Asia Viera is a terrible child actress and the script inexplicably gives her tons of lines, instead of learning the lesson from the first film which is to keep the child quiet and creepy. This kid’s constantly scowling, rough nature, and general rotten behavior should leave no mystery as to what’s wrong with her, thus reducing the characters around her to total morons. It plays out the same beats of the parents investigating to learn more about her, but the reveal that she is Damien’s daughter makes no sense given what we saw in the third film. The direction is flat and lifeless, and the goofy sequences where she is taken to a circus or fair with psychics is ridiculous. The tropes of the whole series, namely people dying in random, mousetrap-like circumstances, are played out dully here and without creativity. There is no real violence since this aired on TV, making the entire affair feel pointless. It ends pretty much the same way as the first film, but no sequels would ever build on this mess. It would be difficult to recommend watching this to even hard completionists.

As is also par for the course with these horror franchise, there is a 21st-century reboot. This one has a more impressive cast than most, mirroring of the strong casting of the original. Liev Schreiber, Michael Gambon, Julia Stiles, Mia Farrow, David Thewlis, and Pete Postlethwaite all star and give pretty good performances. This cast is unfortunately the only real bright spot in what is otherwise a very pedestrian take on the original film. Gone is any of the intrigue or growing sense of dread as the mystery behind Damien is unfurled. Director John Moore follows the template that many of these remakes do, filming in a cool-color toned, digital-looking stock that is an attempt to look “creepy” but instead just makes the film look terrible.

The Final Destination films owe a lot to this series, copying the mouse-trap death trope. As the first film in this series to come out post-Final Destination, one might expect some of the over-the-top nature of those deaths to infiltrate this film. But this movie can’t even muster that type of outlandish fun, as most of the deaths are dull and predictable. The CGI gore looks cheap. The David Thewlis side-character plot is extraneous and nonsensical, and though Thewlis is a good actor he’s unfortunately wasted here. The ham-fisted attempt to shove 9/11 connections into the film are cringe-inducing. This film is best avoided. 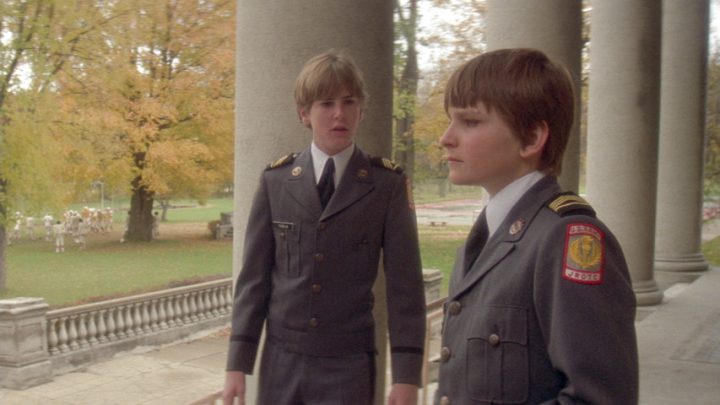 Most place the second film in the series at second best, even while admitting that it’s a major step down in quality from the first film. However, for reasons stated below, I think the third film does just enough to be a little more interesting than this film. Damien: Omen II picks up a few years after the first film. Damien Thorn is now living with his uncle and goes to military school, still wrapped up in the powerful Thorn family. Though director Don Taylor attempts to ape certain aspects of the first film’s investigatory tone, and opens with a Middle Eastern scene that seems lifted right out of The Exorcist, this film isn’t able to create the same sense of tension and dread. The first sequel illustrates the problem with the sequels on the whole, which is the lack of anywhere new to take the plot. This is more or less exactly like the first film, just with a slightly older Damien, who at least gets a subplot about learning about his nature as the Antichrist and choosing whether to accept it.

But even that interesting thread of whether to bow down to destiny is written fairly dully, and the actor playing Damien, Jonathan Scott-Taylor, simply doesn’t have the dramatic skill to give the arc any heft. There are occasionally interesting deaths, and once again the movie features one of the great Golden Age Hollywood actors as a lead, this time William Holden. Otherwise, Damien: Omen II is just a poorer-directed retread of the investigation and realization about Damien. It’s repetitive and dry, but at least is slightly more interesting than the remake or the dreadful fourth film.

Omen III: The Final Conflict manages to top all of the other sequels, if only for having a slightly different and more interesting plot. It stars Sam Neill as the now fully-grown Damien Thorn, who has fully embraced his goal of stopping the return of Christ and being evil. Though scenery-chewing at times, Sam Neill’s performance is a fun ride and gives the character of Damien some real gravitas for the first time, making the Antichrist’s journey at least mildly interesting. The plot also somewhat avoids the tropes of a bunch of people mysteriously dying over and over as people struggle to find out truth. Instead, we get to live with Damien on his journey and the evil he embraces.

The weakness, though, is that our protagonists are a bunch of Italian priests determined to kill Damien. The film spends a lot of time on their attempts to track him down, but they are inherently uninteresting characters and lack any real individuality. The mechanizations of the Antichrist’s followers as they spread across the world murdering children en masse is a somewhat bold choice. Unfortunately, this is still a mediocre film, and director Graham Baker struggles to really convey the battle between good and evil with any real sense of stakes. Despite the world supposedly being on the edge of utter chaos, there is little in the film to actually indicate this is happening. The script struggles to deliver any real sense of drama, which has been a constant struggle for this series. 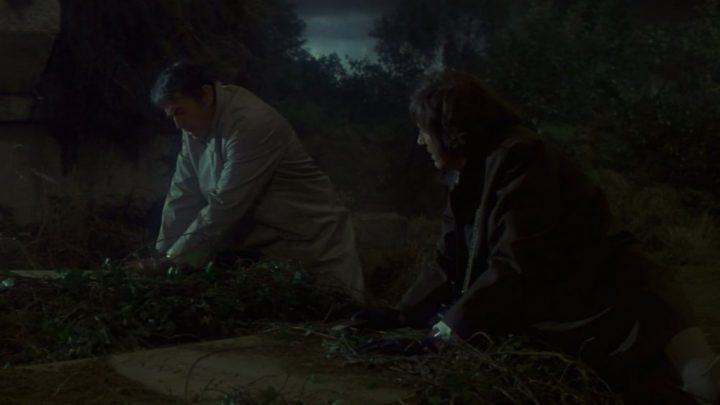 As is usual for most horror franchises, the original is the best. It displays the idea and conceit of the franchise in the freshest and most interesting manner. The contrast in quality between the four subsequent entries and the original is vast. Directed by the great Richard Donner, The Omen stars Gregory Peck as a US ambassador to Britain, who had his son replaced at birth, unbeknownst to him. Mysterious deaths begin to pile up around their child as Peck and his wife (Lee Remick) begin to wonder what the child’s true nature is. The original characters are fairly unique among horror protagonists — powerful member of the international political class. Donner conveys Peck’s investigation of his son and his origin well, and he builds tension and dread really effectively. The combination of almost-journalistic investigation with horror is a good mix.

The score from Jerry Goldsmith is excellent as well, with a Latin chant that is evocative and now iconic. If anything The Omen is underrated in the lineup of horror classics. Peck’s performance sells the panic and terror of a father discovering an awful secret about his son. The scene where he journeys to a graveyard and finds the skeletons that reveal an awful truth is an all-time chilling moment. It is a subtle movie that avoids the tropes of demon possession with creepy voices or glowing eyes, instead relying on old-fashioned scares to deliver a fantastic horror experience. Even if you watch nothing else in the franchise, The Omen shouldn’t be missed.

Sound off in the comments below on what you think of the franchise, and create your own ranking of The Omen films on Flickchart! Happy Halloween!