In Part 1 of our SXSW Film coverage, the Netflix anthology series Love, Death & Robots took an early lead followed closely by the New Zealand eco-feminist anthology Vai. There are no anthologies in Part 2, so let’s see how these discrete movies fare using Flickchart-style ranking, one matchup at a time.

The Art of Self-Defense 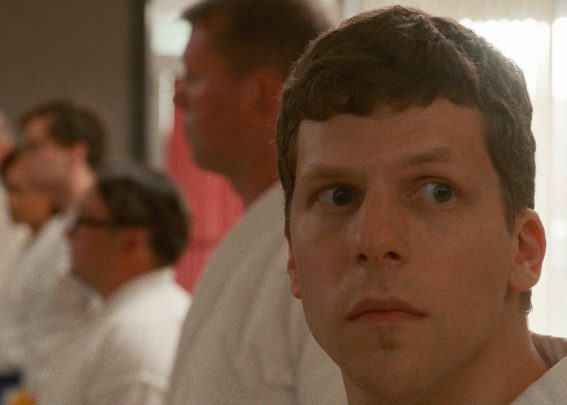 Jesse Eisenberg‘s most familiar on-screen persona, a nerdy and emotionally-stunted man in search of the secret to unlocking the mysteries of human behavior, is open to allegations of mining conditions like Asperger’s for their comedic potential. The Art of Self-Defense can respond to that criticism by pointing out that its whole world operates by Jesse Eisenberg rules. Everyone in the film is like him, monotone and earnest and often befuddled, even the ones who’ve succeeded in learning to game life’s system and now use that knowledge to manipulate others. The premise — a lonely 35-year old gets mugged and then takes up karate at a dojo full of similar misfits — is the basis of an increasingly tense and graphic plot that satirizes alpha-male and martial arts culture with a sense of humor that is always dark, sometimes surprising, and frequently laugh-out-loud. The quirkiness of the characters is one-note, but creative dialogue and strong casting make it fun to root for and against them nonetheless, often at the same time.

The Art of Self-Defense beats The Beach Bum

The Art of Self-Defense loses to Little Monsters

4. The Art of Self-Defense 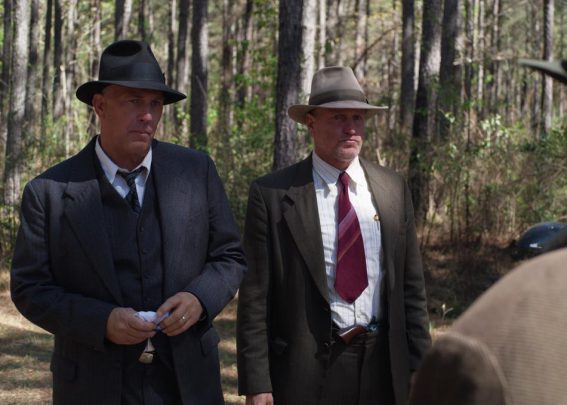 The tale of Bonnie and Clyde is so shrouded in quaint romance and nostalgia, and the shadow cast by the anti-establishment 1967 film version is so long, that it’s easy to forget the gritty historical facts of the couple’s murderous crime spree. Texas film director John Lee Hancock spent 15 years bringing his version of the story — which focuses on the lawmen who tracked and killed the young outlaws — to life, and it finally comes to us courtesy of Netflix. The Highwaymen looks and feels like a throwback to the prestige dramas of the 1990s, partly because its stars include Kevin Costner and Kathy Bates who both tallied major awards and nominations during that decade. They’ve both worked consistently since then, but Hancock gives them roles worthy of their stature in Frank Hamer (“the most famous Texas Ranger in history,” says Hancock) and Texas governor Ma Ferguson (famous for being the first female governor in the South and for corruption). Texas-born Woody Harrelson brings his demon-haunted, hangdog persona to the character of Maney Gault, Hamer’s partner in crime, for these lawmen are criminals in their own way; they exceed their jurisdiction by crossing state lines to pursue Bonnie and Clyde, and they exhibit a take-no-prisoners mentality that Hancock interrogates even as he argues that they did what needed to be done. Bonnie and Clyde themselves are seldom seen except from a distance, always one step ahead of their fate until their multi-state network of abettors finally weakens and falls apart. The Highwaymen is an entertaining, thought-provoking, old-school crime procedural and road movie with precisely-timed character beats and a fresh angle on a well-known yet little-understood Texas story.

The Highwaymen beats The Beach Bum

The Highwaymen beats The Art of Self-Defense

5. The Art of Self-Defense

One Man Dies a Million Times

Just outside the city of St. Petersburg, Russia (formerly Leningrad), there is a seed bank that collects specimens of the world’s edible plants. The scientists there preserve not just seeds, but also whole plants ready to eat. When it started in 1926 the goal was to preserve our crops’ genetic strains in the event of a widespread ecosystem collapse. That collapse, some say, is currently ongoing, underscoring the seed bank’s importance. But the institute almost failed in the early 1940s when Nazi troops surrounded Leningrad and the city’s people began to starve to death. The scientists in charge of protecting the institute chose starvation, condemning in some cases themselves as well as their families and fellow citizens, in order to preserve the collection. The reason I’m providing this historical background is that One Man Dies a Million Times doesn’t spell it out clearly enough, despite several explanatory title cards. It would have been better to show instead of tell, to dramatize the experience of the Leningrad scientists rather than confining their experiences to narration drawn from their diaries and letters. This movie attempts to make the history feel more immediate by imagining a similar circumstance occurring in the near future among modern residents of the institute, but its aloof aesthetic and an absence of specific characterizations does no justice to the production’s on-location access or the many tragedies of nearly 80 years ago. The film’s primary achievement is to raise awareness, but it will struggle to connect with anyone not already in the know, and even with viewers who are.

One Man Dies a Million Times beats Them That Follow

One Man Dies a Million Times loses to The Beach Bum

5. The Art of Self-Defense

7. One Man Dies a Million Times 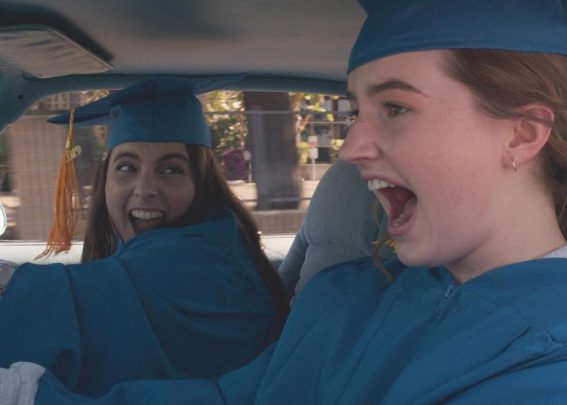 Booksmart is about two well-read high school seniors who lack social intelligence, but the movie is the opposite of tone-deaf. It’s wokeness about 2019’s mores and attitudes is thorough and nuanced, while its sense of humor and self-deprecating impulses keep it from feeling pandering or woker-than-thou. Its up-to-the-minute references (“Persist,” Cardi B) and commentary on current culture-war hotspots (all-gender school bathrooms) ensure that it will soon show its age, but its wisdom about the coming-of-age process in modern America will make it a touchstone among sharp-witted, post-millennial teen dramedies like Mean Girls, Easy A, and Eighth Grade. Stars Kaitlyn Dever and Beanie Feldstein are enormously charismatic as a couple of ostensibly-uncharismatic curve-wreckers who are shocked to discover, on the eve of graduation, that their party-animal classmates all got into the same tier of top universities that they did. Not to be outdone in the social-smarts category, the two besties embark on an epic last-minute quest to find the coolest unsupervised house party in town and squeeze as much unwholesome fun as they can into their last night as high-schoolers. All of the graduates in the movie are unrealistically attractive, articulate, and likable, but that’s linked to the film’s point: the two protagonists must recognize that the kids they always looked down on are each the stars of their own stories, living their own best lives, and each have their own unique wisdom to impart. Debut director Olivia Wilde‘s handling of this message is consistently funny, never preachy, and challenges the booksmart among us to raise our game when it comes to open-mindedness.

Booksmart beats The Art of Self-Defense

6. The Art of Self-Defense

8. One Man Dies a Million Times 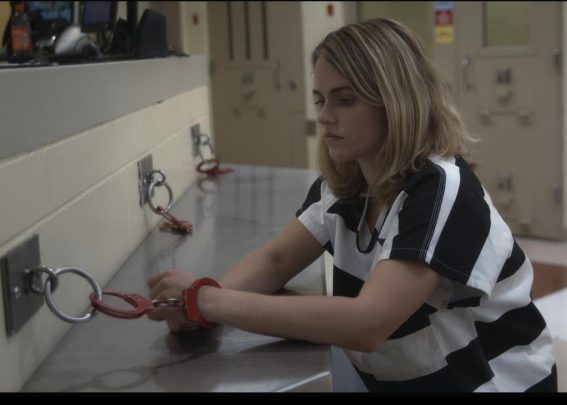 Audaciously, this story of a young female substitute teacher who goes to jail for an affair with a male high school student has Nick Offerman narrate that, for the teacher, it was “all in all a good year.” Undoubtedly this observational comedy would have a harder time eliciting sympathy for its title character (played by a charmingly deadpan Kaley Wheless) if the genders were reversed. But that’s a problem for the audience to wrestle with. On its own merits, the movie mostly succeeds in painting a picture of the woman through Offerman’s wry narration and well-chosen vignettes that illustrate her relationships with the people in her life — mostly family members, inmates, and therapists. The picture is a familiar one, as far as it goes, reflecting small-town discontent and the slow incrementality of personal growth. The script also touches on larger questions many of us have had about cases like Frances’s but may not have articulated. Yet director Bob Byington and screenwriter Scott King’s handling of the story and character do not feel complete. There must be more to Frances’ personality than boredom and loneliness, but those are the only facets they treat in detail, and they dare not stray from the narrow path that keeps the movie from drifting into uncomfortable and truly challenging territory.

6. The Art of Self-Defense

9. One Man Dies a Million Times

Check back soon for more rankings from SXSW Film 2019!