For the fourth year in a row Flickchart is in Austin, Texas for the South by Southwest Film Festival! We’re ranking what we see Flickchart-style, one matchup at a time, to build our list. Read the reviews, check the standings, then track down the movies so you can rank them on your own Flickchart account. 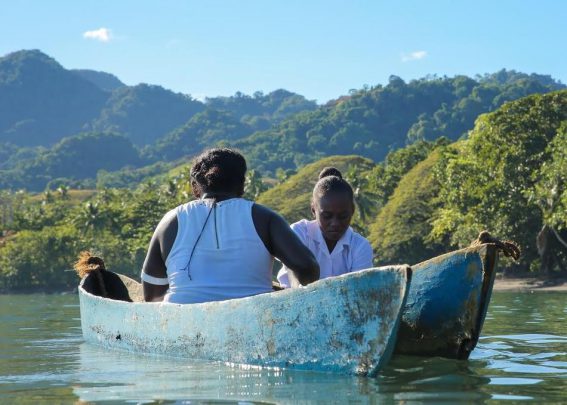 The islands of the southern Pacific are numerous and host a similarly large number of cultures, but for all of them water is the central fact of life. It is a unifier: the nine different Pacific islander women who directed this film highlight the region’s tribal and national diversity, but each short episode about a woman named Vai hinges on water’s role as a resource, a conduit, and a source of life. “Vai” (also “Vae” and other variations) means water, and water defines her. As a child she dances in the rain and collects precious drinking water, as an adult she fights to protect the ocean from environmental threats, and as an elderly matriarch she transmits tradition to her descendants at a sacred spring. Each segment’s Vai is a different woman from a different part of the Pacific diaspora — what maps call Fiji, Tonga, the Solomon Islands, Samoa, the Cook Islands, Niue, and New Zealand. Yet by introducing us to them at successive stages of life, the movie shows how they are really one individual with many faces, like the way water takes various forms but remains the same element. Water is not simply passive connective tissue, of course. It can also be a divider, a fact that the women who made Vai know well. Their stories sear audiences with the reality of separation as characters leave the comfort of one island for the uncertain promise of another. Usually the destination island is New Zealand, the economic giant of the region, where islander girls go for education and islander mothers go to earn money for children left back home. Such separations create threads of bitter emotional conflict in Vai, and scenes of bittersweet partings. Yet Vai, ambitious piece of socially-conscious cinema that it is, refuses to be defined by fragmentation. Its cinematography and editing are all about unity, moving from one super-long, single-take shot to the next with deceptive ease and terrific grace. For its commitment to art as well as its fresh message and voice, Vai is a new treasure of world cinema. 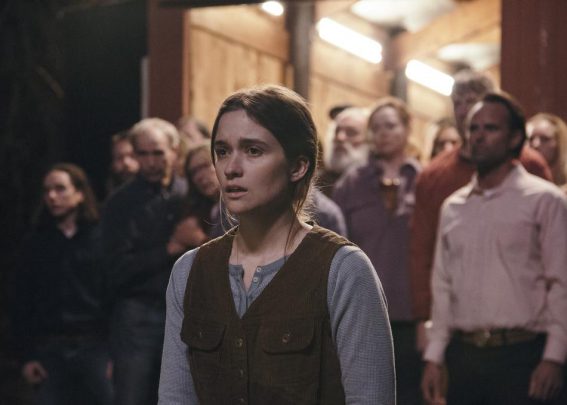 Making a villain out of an Appalachian cult where daily life consists of snake handling, speaking in tongues, and enforcing Biblical gender roles isn’t exactly a question of high-hanging fruit. Nobody likely to see this movie is sympathetic to that way of life, so it’s easy to root for characters who don’t conform to it. It is therefore surprising, and even troubling, to find that this film makes its abusive villains more real and relatable than its cursorily-sketched young lover protagonists. The weight of Them That Follow‘s casting is tilted towards the adults who put their children through hell in the name of God: Olivia Colman communicates her character’s troubled past with soulful eyes and a shuffling gait, Walton Goggins pivots between sanctimonious piety and frightful rages that leave no doubt as to the sincerity of his beliefs, and Jim Gaffigan is frustratingly likable as a thick-headed perpetrator of violence whom we are asked to believe has his heart in the right place. The actors who play the younger characters do well within the confines of more limited characterizations and less distinct motivations. In its fascination with the dark side, the movie comes disturbingly close to legitimizing fringe Pentacostalism by pairing its snake-handling scenes with moments of genuine emotional revelation. The end result is a predictable thriller full of fine acting but marred by dubious messaging. 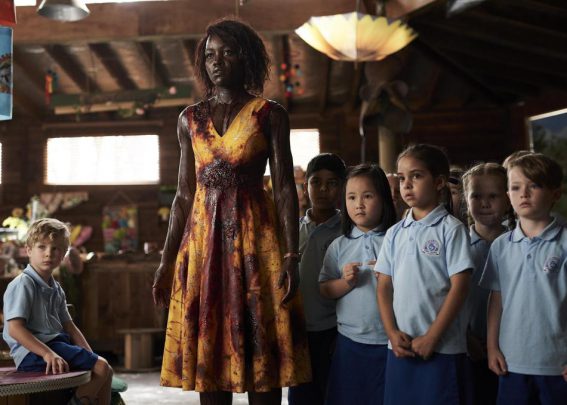 First there were the zombie movies, then there were the zombie movie parodies. What worlds are left for the undead to conquer? Abe Forsythe, writer and director of the riotous and provocative Australian comedy Down Under which Flickchart covered a few years ago, has an answer, or rather two answers: Little Monsters is, somehow, both a hilarious zombie-themed puerile comedy and a virtuous zombie-themed celebration of girl power. The comedy comes mainly from the sophomoric antics of the male lead (Alexander England), a man-child whose literal and figurative wankery the film does not shirk to show. The dialogue Forsythe puts in his mouth, and the mouth of his 5-year-old nephew, is downright shocking, and wonderfully so for those who appreciate a good shock. Josh Gad adds his own flair to the movie’s sophomoric sensibilities in a colorful supporting role. Little Monsters‘ other mode, its celebration of strong female role models, is achieved largely through the kindergarten teacher played by Lupita Nyong’o. She is fiercely competent but not without silliness, and unerringly composed but not without eccentric secrets. Her heroic turn when the zombie apocalypse breaks out during a field trip provides numerous opportunities for cheering, and is Forsythe’s way of saluting the “superheroes”, often women, who shoulder much of the work of caring for young children. The emotional beats of this story are familiar from previous zombie comedies like Shawn of the Dead, but with its own brand of compassionate crudity Little Monsters carves out new niches in the well-worn genre.

Writer/director Harmony Korine feels that the urge to do nothing, to live a life free of ambition, is a noble and beautiful calling. It’s a zen philosophy that might seem self-indulgent in a world tearing apart at the seams, but it is, after all, a philosophy — he’s not a nihilist. The Big Lebowski is the go-to comparison for Korine’s The Beach Bum, and not just because Matthew McConaughey looks and sounds more like Jeff Bridges with every passing year. The two movies exist in the same floating world where super-rich self-indulgence and self-imposed beatnik poverty overlap, where topless dancers and yachts bump up against hustlers and beach bums. A parade of icons including Snoop Dogg, Martin Lawrence, and Jimmy Buffett are on deck to hang out with McConaughey, Isla Fisher, and Zac Efron in this glitzy, pot-fogged, sex-fueled, alcohol-scented tribute to doing nothing and doing it well. Yet Korine does not lack for ambition when it comes to filmmaking, and The Beach Bum showcases his strong command of color, his cameras’ ability to inhabit a story without judgement, and his skill at transitioning between tones without losing sight of the whole. Whether you agree with or are disgusted by his know-nothing response to the world and its problems is a decision for each viewer. Either way, the bum abides. 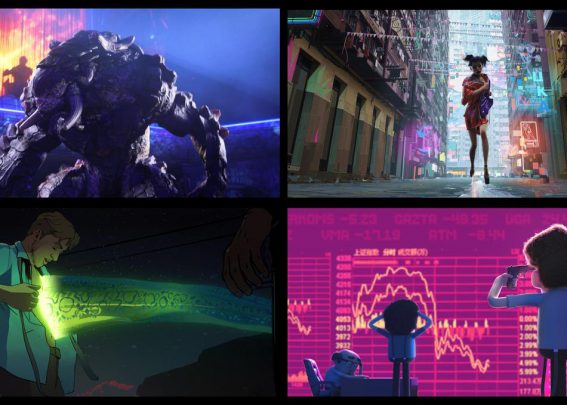 Wait, this isn’t a movie! Or is it? Producers David Fincher and Tim Miller say it’s not exactly a TV series. With their adult animated anthology Love, Death & Robots they want to break free of storytelling conventions and seek both original stories and original ways of telling them. The results, inevitably, will be mixed. Some Twilight Zone- and Black Mirror-esque twists may be predictable or exist mostly for shock value, and some comedic entries may feel too flippant. To judge from the episodes previewed at South by Southwest, Love, Death & Robots will prompt discussion, debate, and disagreement. And that’s as it should be; that is a goal of all serious science fiction endeavors, and perhaps a goal of all true art. What’s not debatable is the this Netflix-bound anthology looks gorgeous, exhibiting a wide range of animation styles and a seemingly boundless panoply of hypothetical worlds and endless kinds of people, robots, monsters, and aliens to inhabit them. I have my early favorites, and I can’t wait to hear everyone else’s.

Check back soon for more rankings from SXSW Film 2019!