The Governator! The mayor of London! A director (Rian Johnson) and a Jedi (Mark Hamill)! They all spoke to SXSW attendees during the middle part of the festival. And a crowded middle it’s been: movies that generated buzz after opening weekend continued to draw crowds for their second and third screenings, while some high-profile titles made their debuts midweek.

In Part 1 of our SXSW coverage we laid out the Flickchart ranking method and added five strong films to our SXSW chart. Now we’ve got five more excellent contenders to work with, so the matchups get harder and the stakes get higher. Look below each review for updated rankings! 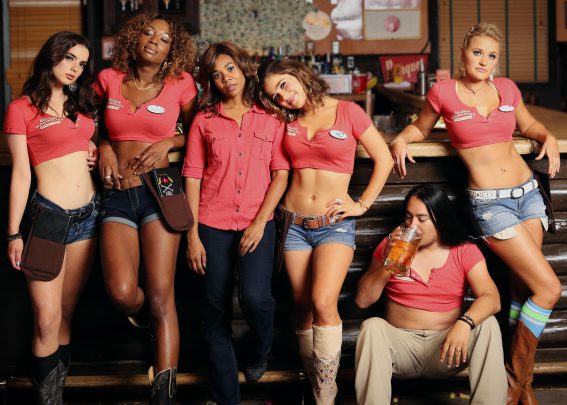 This workplace comedy chooses as its setting the socially-fraught world of “breastaurants.” The term refers to Hooters and its imitators, which clad their carefully-chosen waitresses in short shorts and midriff-baring tees to serve fried American staple foods and pitchers of beer to mostly-male patrons who ostensibly come to watch the fight or the game on the wall-mounted big-screen TVs, but don’t mind letting their eyes drift to the waitstaff during commercial breaks. This movie could easily have been something crass and exploitative, or patronizingly critical and smug. Its title is a double-entendre — think bras — and its promotional still could almost just be a Hooters advertisement. Yet thanks to the empathetic, socially-conscious but non-judgmental writing of director Andrew Bujalski and a slate of earnest, funny, wise performances from his incredible cast, the movie avoids the pitfalls and achieves something more meaningful than the average workplace comedy. Regina Hall is superb as Lisa, the general manager of “Double Whammies,” who gives perhaps too much of herself to her employees. She views them as a kind of family, whether they are wayward and troubled like Shaina (Jana Kramer), passionate and searching like single mom Danyelle (Shayna McHayle), or fit in a little too well to the restaurant’s culture of indulging male fantasies like Maci (a show-stealing Haley Lu Richardson.) The cast of recurring patrons and people in the restaurant’s broader orbit, including Lea DeLaria (Orange is the New Black), is no less diverse in identity and characterization than the waitresses; each character, even if they appear in only one scene, feels fully realized. We recognize their struggles, their flaws, and celebrate their incremental steps toward greater happiness and understanding, the way we would our own friends and coworkers — even if most of ours wear more clothes.

(See Part 1 for a refresher on our current list and methodology.)

Jeannette: The Childhood of Joan of Arc 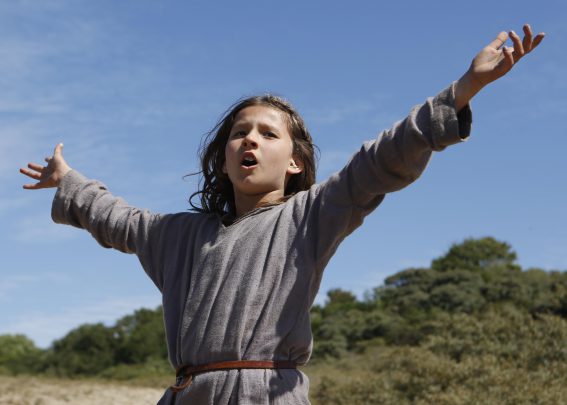 Bruno Dumont’s Joan of Arc lives in a very small world, but thinks constantly of larger ones. This bizarre movie, alternately joyful and frustrating, takes place in a tiny pocket of pastureland along the Meuse river where the child Jeannette (the future Jeanne d’Arc) tends her flock of sheep. She makes demanding prayers to God, interrogates a local nun about theology, and receives updates from her friend Hauviette about the ongoing Hundred Years’ War, which obsesses her. The movie’s great quirk, the stylistic punch that will make some viewers grin from ear to ear and some roll their eyes, or both in succession, is that Jeannette’s dialogue takes the form of super-long-take staccato soliloquies interspersed with heavy metal rock opera librettos. It’s a bit Jacques Demy (The Young Girls of Rochefort, Donkey Skin), a bit Luis Buñuel (Simon of the Desert), and a lot Jesus Christ Superstar. Throughout the first half this is a thrilling and ingenious approach: two girls, or a girl and two nuns, or the girl alone, or the girl and a heavenly host, occupying the middle of a crisp pastoral composition of sky, river, and grass, headbanging and footstomping while debating the finer points of strategy and salvation. It’s a creative, emotionally and intellectually stimulating way to express the magic and mystery of the young Joan’s fiery passion and militant worldview. Unfortunately, Dumont’s technique wears thin early in the second half, when Joan ages into a teenager and her struggle shifts from understanding and accepting God’s call to the mere practicalities of leaving her tiny village for the wider material and spiritual worlds that await her. The cast and the focus change, and new musical styles are fitfully tested, but the second half rarely coheres the way the first does. Still, if any movie can be called a masterpiece on the strengths of its opening act alone, this is it. 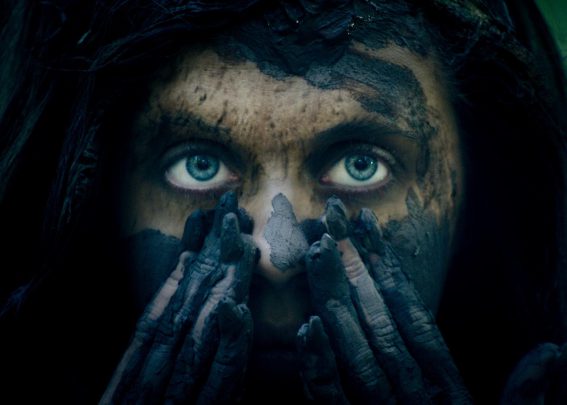 Wildling would make a great X-Files episode. Its damp, eerie, Pacific Northwest setting cries out for a backwoods folk mythology, and Wildling sketches out the basic contours and chronology of one while still leaving plenty to the imagination. It’s important to avoid spoilers, but if you’re the kind of viewer who’s attentive to clues, the movie weaves them in frequently; like a good mystery, details and characters appear at first to signify one thing, but later fit just as well into an alternative explanation. Wildling, though, is not a mystery, but a fairy tale in the macabre cinematic tradition of Guillermo del Toro. The makeup work is award-calibre, and star Bel Powley carries the movie as it pivots from dysfunctional family horror to teen drama to… something else entirely. Brad Dourif is effortlessly creepy as always, while Liv Tyler costars as a nurturing, no-nonsense small-town sheriff who serves roughly the same purpose that Mulder and Scully do in their investigations: not to solve, but to witness, and to anchor the audience. Wildling will have no difficulty finding an enthusiastic audience when it debuts to the public in April. 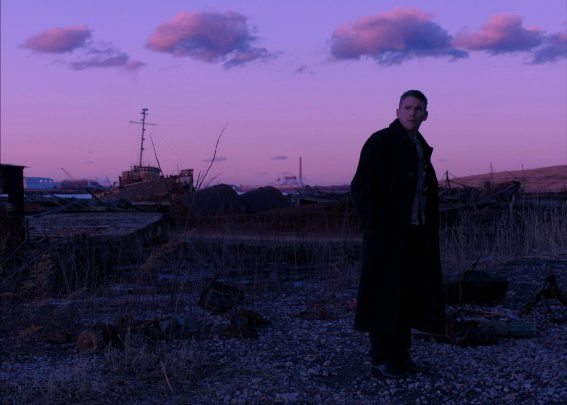 Ethan Hawke plays a troubled priest at a small historic church in modern-day New England. It is a “tourist church,” a “gift shop,” accurate but dismissive descriptors that make Hawke’s character cringe. Most parishioners attend an affiliated, modern church nearby, relegating Hawke to a role that is at best ceremonial and at worst mercantile. The plotting of First Reformed borrows freely from Ingmar Bergman’s Winter Light, especially in the details of the priest’s relationship with his parishioners. In Winter Light, a wife refers her husband to the priest because of his excessive despair about nuclear proliferation. In First Reformed, a wife (Amanda Seyfried) refers her husband to the priest because of his excessive despair over climate change. Yet this movie’s concerns are not those of Bergman (lack of faith, the silence of God), but those that writer/director Paul Schrader was working through as early as his screenplay for Taxi Driver: the destructiveness and self-destructiveness of the modern loner. Hawke’s character, weakened by alcoholism, illness, and the memories of a son killed in the Iraq War, is unable to offer husband or wife convincing words of comfort, but step by step he absorbs the physical and psychological burdens of those he counsels. Doing so leads him to strange new obsessions and to shocking decisions, and his increasingly wayward path is fascinating to observe even if its aura of inevitability sometimes feels exaggerated. The movie is as mature as you would expect from a filmmaker of Schrader’s experience and stature, and his admirers will find much in First Reformed to appreciate and contemplate. 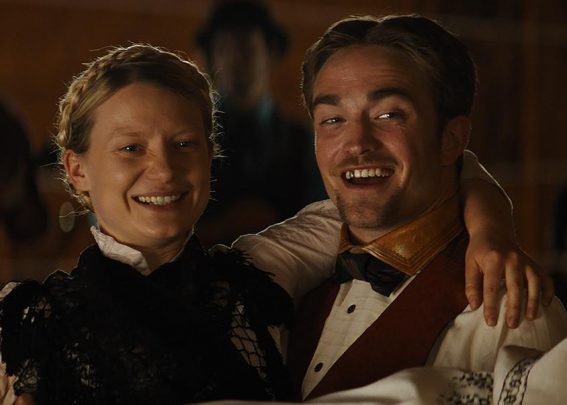 Describing their newest film as “a western, or maybe an anti-western, or something in between,” the Zellner brothers gleefully mock the trope of the “damsel in distress” in this period piece with an overtly modern sensibility. It never completely focuses on its main character, but that’s forgivable in a film that’s less about plot and more about the inherent ridiculousness of the many stock characters in its genre (and in real life). Whether using buzzy 21st century phrases like “validate my feelings,” lingering on awkward physical tasks, or doubling down on the cringe-worthy aspects of Robert Pattinson’s determined dandy and David Zellner’s reluctant parson, Damsel successfully utilizes the Zellners’ whole toolbox to keep the audience laughing, and to ask the question “Do you believe in pure love?” – Kathryn Swilling

The Best Movie We Missed 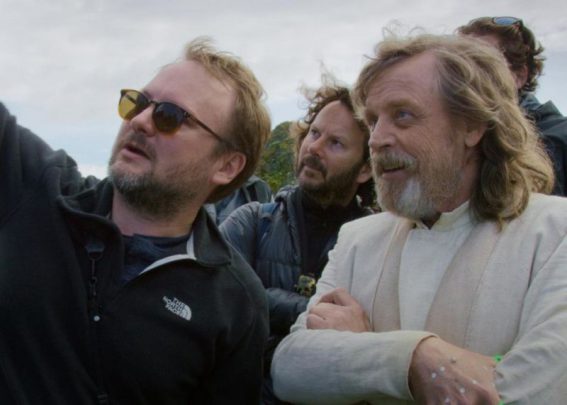 It may be a little too soon for a documentary to assess the significance of The Last Jedi‘s contributions to the Star Wars universe, but The Director and the Jedi provides a firsthand, close-up account of Rian Johnson’s choices, and is therefore a valuable record of Star Wars history as it was made. So we assume, anyway.

We’ll have more SXSW rankings soon. In the meantime, log into Flickchart and rank what you’ve seen, or show us your list in the comments below!