This year marks the 21st Cine Las Americas International Film Festival, which focuses on writers, directors, and stories from Latin America, indigenous peoples, and the Spanish and Portuguese diasporas. Over the course of five days in Austin, Texas — a city built on land that was once part of Tejas, Mexico, New Spain, and home to several Native American tribes — venues screen dozens of films in several languages. Some are debuts, but many of these films have previously performed well at other prestigious film festivals around the world.

Flickchart was on hand to cover this year’s Cine Las Americas film fest. Here are five titles we enjoyed plus one to track down.

There won’t be many more movies like The Last Suit. Movies about Holocaust survivors will (hopefully) continue forever, lest we forget, but the mathematics of mortality will soon make it rare to see one set in the present day. Treasure each remaining one, even if their stories are familiar. The Last Suit certainly contains very few surprises — as an old man travels to his destination to make good on a 70-year-old promise, we feel sure that the people he meets along the way will help him get there, while the old man’s relationship with his daughters borrows liberally from a well-known Shakespeare play — but the scope of the movie is more global than many of its predecessors. The Spanish- and Yiddish-speaking nonagenarian travels from Argentina to Madrid to Poland, taking a reluctant route through Germany, each leg of the journey bringing him closer to painful memories that have an irreducible power no matter how many times we’ve seen their like. This circumnavigation makes The Last Suit a good fit for Cine Las Americas and adds fresh cultural flavors to an oft-told but important category of story. 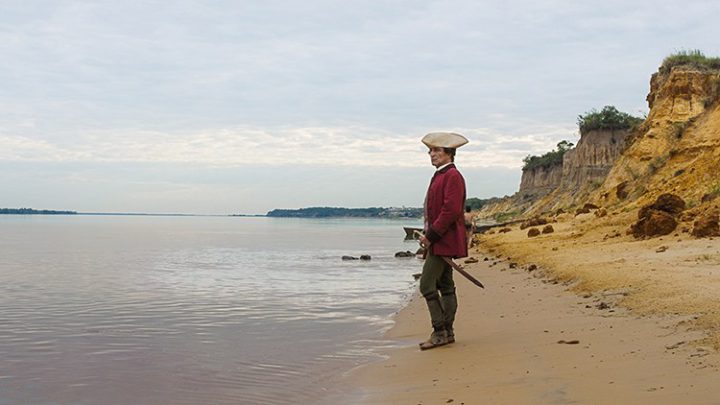 Director Lucrecia Martel’s latest work is a richly atmospheric period piece based on an “existential” novel about a disillusioned Spanish functionary in the New World. Don Diego de Zama, played by a sepulchral Daniel Giménez Cacho, hopes to receive permission to return to Spain after an unhappy stint along the Paraguayan coast. His superiors are deaf to his appeals, keeping him on this side of the Atlantic in the thankless, endless job of managing traders, pirates, and natives. The plot of Zama does not move far beyond the premise, as Martel’s efforts are directed toward building the alien world that her protagonist reluctantly inhabits: the world that we who live in the old Spanish Empire inherited but have made almost unrecognizable. The aural dimensions of the film are particularly impressive; at night we hear the droning of strange insects, by day the rumbling of a choleric man’s bowel’s, in abandoned buildings and hidden coves the talk of native women mocking and cursing the Spaniard. This challenging, grim, poetic work is a good companion to Malick’s The New World or Nelson Pereira dos Santos’s How Tasty Was My Little Frenchman. 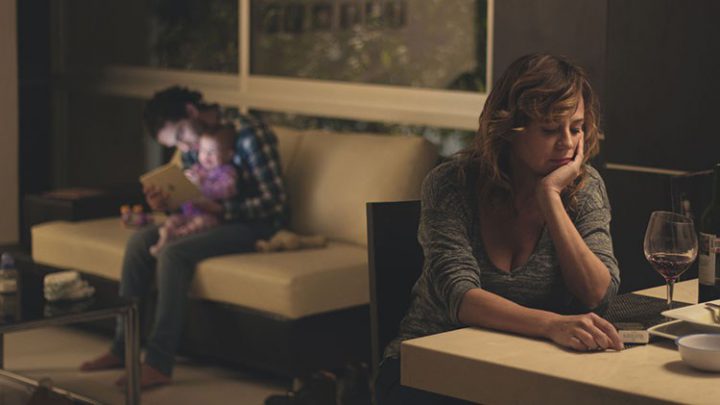 In the Mexican resort town of Puerto Vallarta, two young sisters live alone in their absent mother’s house. The younger, just 16 or 17, is pregnant by her boyfriend Mateo, who hangs out on the beach and works for tips in his dad’s hotel. The older one, serious and sad, seems to be keeping the house together for her libertine, carefree sister. The movie’s super-long, beautifully-framed opening shot becomes an equally-beautiful, nearly-wordless opening scene that fully establishes these three personalities. Their precarious balance is upset by the arrival of a fourth principal, the mother, whose character and motives defy easy explanation. At first merely overbearing, her relationship with her daughters (the Spanish title is plural, Las hijas de Abril) soon exceeds all normal parameters. This Cannes award winner from Michel Franco has much to say about love, trust, and independence, but it is almost as much a thriller as a family drama, with heartpounding sequences that derive their tension from the unpredictable interactions of captivating characters. 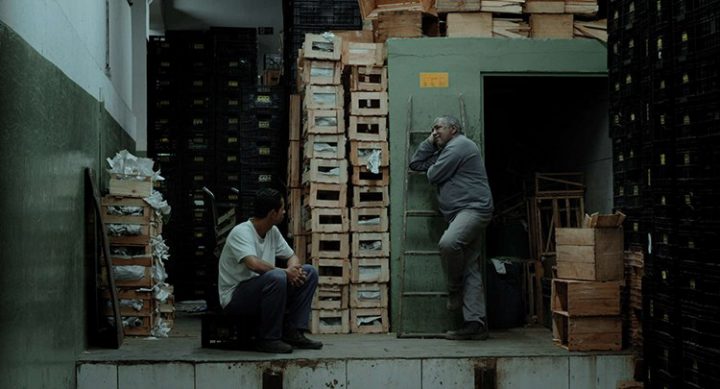 Film is an expensive medium, arguably an “elite” one, and it can be difficult for filmmakers to tell the stories of people on the lower ends of the socioeconomic spectrum without either romanticizing or patronizing them. Araby is an attempt to record the authentic (yet fictional) internal monologue of an itinerant Brazilian construction and factory worker. Jail time, broken relationships, friendships that come and go like the backbreaking jobs of a migrant laborer, all of it dampens but does not extinguish protagonist Cristiano’s sense of wonder and individuality. This is not a sentimental film or a triumphant one; it manages to convey ideas about justice and perseverance organically, through the creation of a character and the illustration of a lifestyle, rather than dogmatically and intellectually. Conceptually it is strong, yet the execution of Araby makes it a difficult film to endure and appreciate. A framing device in which a young man at a work site discovers the dying worker’s journal is awkwardly plotted and unevenly acted, and does not add resonance to the central narrative. The title, which means “Arabia,” is to this movie what Brazil’s title is to that arthouse classic: it represents striving but failing, having goals that are always out of reach. Araby doesn’t have a compelling enough angle on its message to reach an audience beyond the festival circuit, but in its commitment to finding an authentic voice for its laborer it avoids the polemical pitfalls that might be expected from it.

Writer/director Zoe Leigh Hopkins is descended from Canadian First Nations on both her mother and father’s sides, and knows intimately the stretch of northwestern Canadian coast where Kayak to Klemtu takes place. The story is inspired by her concerns about the environmental and cultural impact of oil shipping and oil pipelines in the region, a concern reinforced by the spillage of several hundred thousand tons of oil just a few days after the film wrapped. Yet this is not a downer movie full of oil-slicked sea life or the tearful dispossessed; this is a family comedy, a childhood adventure movie, a “road” movie in which the car is a kayak. It shines with love of place and love of people; footage of the whales, sea lions, and trees that sustained and still sustain locals are appropriately breathtaking, but never held at arms’ length. The kayaks of the principle characters — a niece, an uncle, a widow, and a stepson on a journey to testify against an oil deal and scatter the ashes of a recently deceased family member — are almost always part of Hopkins’ grand compositions, emphasizing the close bonds between the region’s nature and its people. The characters are types rather than individuals, a bit one-note in their modes of relating to their ancestral lands and to each other, but among the predictable story beats there are well-earned laughs and tears. Kayak to Klemtu is grassroots activist filmmaking that’s as entertaining as it is inspiring.

The Best Film We Missed

A cast of Caribbean actors brings to life this award-winning script about a fractured family off the coast of Guadalupe in the Lesser Antilles. The film from director Caroline Jules won Cine Las Americas’ audience award in the narrative feature category.

Were you at Cine Las Americas? Log in to Flickchart and start ranking! Submit new titles to our 70,000-film database here.