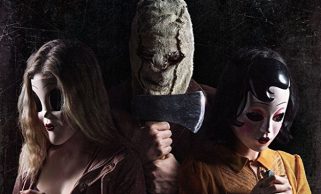 Strangers: Prey at Night is the much anticipated sequel to fans of the original film, The Strangers.

Back in 2008 The Strangers was released, and despite having a somewhat successful advertising campaign and good box office results, the movie failed to deliver the scares it had promised. Most thought it was vague, boring, and just all around lackluster. But there were fans who hoped for a sequel.

10 years have passed and the sequel finally arrives. Does it live up to the modest standards of its predecessor? Or does it fail to meet the already low expectations?

Well, lets break it down. 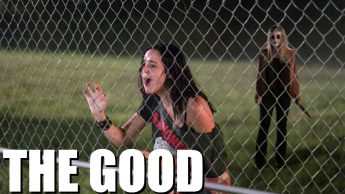 The sequel does things differently. It takes itself less seriously than the first. It removes the obnoxious jump scares and the over-long build up. It uses the tropes of the slasher killers we all know and love from back in the day; horror movies released in theaters recently tend to draw from the Supernatural Monsters, Demons, and Ghosts well, so it’s a breath of fresh air to see a violent, bloody, over-the-top slasher flick in the cineplex again.

And since everyone loves the 80s, let’s deliver the nostalgia! The film is littered with 80s music. To some, this may be irritating, but for many viewers it’s still a plus, even after similar needle drops in everything from Stranger Things to the Marvel Cinematic Universe. The sounds of the 80s help the film resurrect the feeling of a classic slasher flick, while giving this sequel a more “fun” vibe than the more serious original. Even when the sensational sounds of the Reagan years are not present, a synth-like soundtrack helps convey that slasher feel.

There are more deaths, and they are more gritty. The first movie had a whopping three kills, but the sequel takes the body count up to eight. They all involve a decent amount of bloodshed, so things have definitely intensified. The movie is dark and takes a few chances, but it also ends with more closure and satisfaction than the first. It commits to a legit ending. 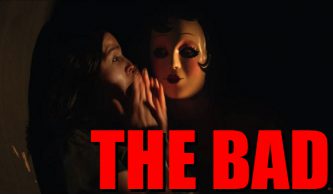 Its still a movie without clear motivations. We still do not really understand why the Strangers are doing this, but after a while it gets hard to care. The movie does not require much thought.

The characters are paper-thin and weakly developed. As for the acting, Christina Hendricks does a decent job in her role. The father and son are average, but the daughter, Kinsey, is the worst. She is played by Bailee Madison and is quite a mundane character. We get no real information about these characters so we do not really know or care about them too much, and it quickly gets to the point that all we really want to see is the gore. Unfortunately, the look and direction of the film seem rushed. There are a lot of flat angles used. No shot in the film is mesmerizing, and it’s not a pretty film to look at it. The direction does not give the film any life or style. It’s not original, overwhelming, shocking, breathtaking, or fantastic. It’s basic, somewhat rushed, and straightforward. 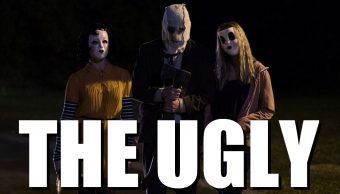 Its been too long.

Waiting 10 years for a sequel is a long time. Especially if the first film in the franchise is already somewhat weak. Sadly, even with this addition to the series being better, the chances of more Strangers films are miniscule after poor critical reviews and a very small box office return.

Even though Strangers: Prey At Night is still a plotless, unoriginal, been there-done that film, it is a somewhat charming reminder of how fun the 80s slasher genre once was.