Matchup of the Day: The Bad Batch VS I Stand Alone 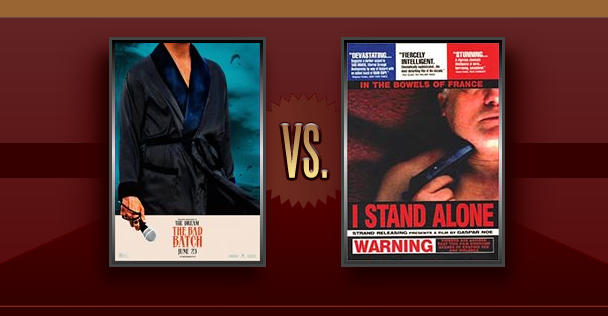 “Living is a selfish act. Surviving is a genetic law.” – I Stand Alone

Today we’ll be entering into the nihilistic landscape of one man’s mind and a post-apocalyptic desert of societal rejects – The Bad Batch VS I Stand Alone. Director Ana Lily Amirpour has cited the surreal Western El Topo and The Road Warrior as influences for The Bad Batch, which takes place in a futuristic Texas wasteland. The inhabitants are outcasts from the United States who have been deemed too uncivilized to live with respectable citizens. Gaspar Nóe lists Taxi Driver among his favorite films, with I Stand Alone coming across as an even more disturbed version of the Scorsese flick. The main character, “The Butcher”, spends most of his time wandering the barren streets of Paris thinking about the meaninglessness of life and seeking revenge against everyone who offends him. Instead of focusing on a prostitute, as Travis Bickle does in Taxi Driver, “The Butcher” desires to reunite with his institutionalized daughter.

The protagonist in Batch is a young woman, Arlen, who is captured by the cannibal faction that resides in the desert reject zone. Her right appendages are sawed off for food and she is kept as a captive. After escaping on a skateboard, a wanderer played by Jim Carrey transports her via shopping cart to the town run by a hedonist faction. Instead of eating people, the hedonists take drugs and rave. Keanu Reeves plays “The Dream”, the town’s leader who surrounds himself with female bodyguards who are all pregnant with his child. Arlen later shoots a cannibal woman and takes her daughter, who also happens to be the child of one of the bodybuilding cannibal men. “Miami Man,” as he is referred to due to the tattoo on his chest, sets out to recover the girl.

At the beginning of I Stand Alone “The Butcher” explains that he went to prison for stabbing a man he believed sexually assaulted his mute daughter. He lost his horse meat business and his child was taken by the state. After his release he impregnates the woman who owns the bar where he works. His hatred for her is clear, which leads to a brutal confrontation where he punches her in the stomach repeatedly. For the rest of the film his rage only increases. 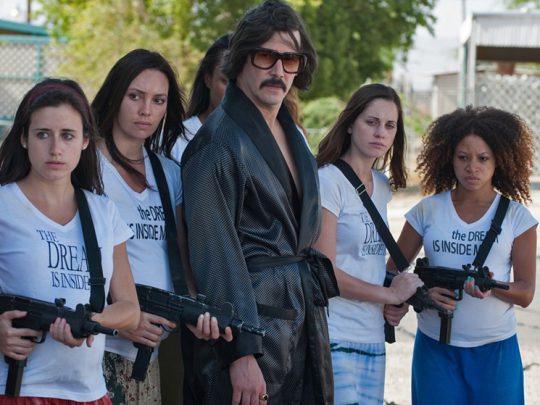 Despite being a cannibal, “Miami Man” is an artistic soul. Arlen finds him more agreeable than becoming another baby carrier for “The Dream.” She returns his daughter. They all sit together and share a meal consisting of the child’s pet rabbit. “The Butcher” also reunites with his offspring. Toward the end of I Stand Alone the viewer is given a thirty second warning to cease watching the film before the disturbing climax. Actually, there are two possible endings for the viewer to consider, neither of which indicates a healthy father-daughter relationship.

Discuss The bad Batch vs I Stand Alone here or in the comments below!