Matchup of the Day: Rogue One VS Suicide Squad 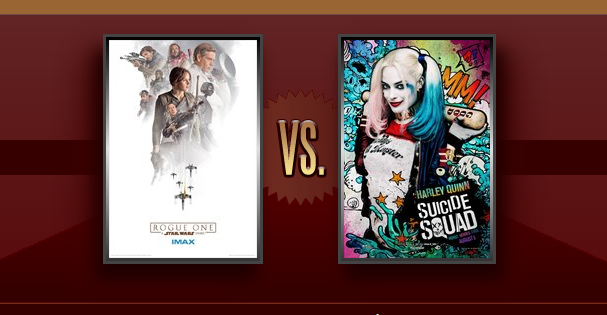 Today we have the first film in the Star Wars Anthology series and the third installment in the DC Extended Universe – Rogue One VS Suicide Squad. Both motion pictures involve a band of misfits on a desperate mission to thwart the forces of evil. Rogue One is the prequel to A New Hope, in which the heroes must retrieve the schematics for the Death Star so the Rebel Alliance can successfully blow up the planet killing battle station in the “next” film. Suicide Squad follows the template of The Dirty Dozen, assembling a ragtag group of criminals to risk life and limb to defeat a witch who is also building a powerful weapon. Rogue One was the second-highest-grossing film of 2016, while Squad came in tenth.

Rogue One fared better with critics than Suicide Squad, though neither film escaped negative reactions. The most common issues reviewers had with One involved the overly serious tone and lack of interesting lead characters. The reprogrammed Imperial Droid, K-2SO, with his sarcastic retorts, tended to get more praise than either Jyn Erso or Cassian Andor. Jyn was a strong heroine, like Rey in The Force Awakens, but not being a Jedi or having any connection to the Force lessened her appeal. Chirrut Îmwe, the blind temple guardian, came closest to offering a Jedi presence. Still, the critiques didn’t really detract from One‘s fan reception to the same extent that Squad‘s deficiencies did. Director David Ayer apologized on Twitter in January of this year over how the film turned out. Recently, an angry fan posted to Ayer “You suck,” hoping that he wouldn’t direct anymore DC movies.

One thing to Squad‘s credit is that it has more of a sense of humor than Zack Snyder’s Batman v Superman: Dawn of Justice, which was also ill received by fans and critics. Margot Robbie’s performance as Harley Quinn is the generally agreed-upon highlight, but even that was tainted by criticism over how the character was handled. This Vanity Fair article gives a history of the character and questions whether the film moves Harley away from her current feminist incarnation in the comics. Another article points out that “she’s been shaped into an intensely sexualized mascot for a film that yearns for edginess, but can’t get over the rounded curves of its female lead.” 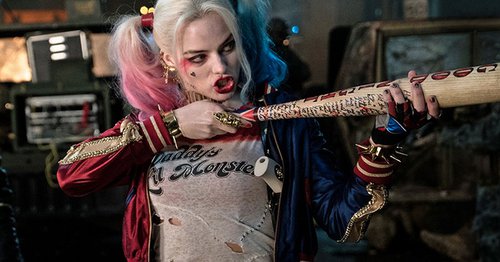 In various articles Jyn has been compared to Ellen Ripley from the Alien series, praised for being the first Star Wars heroine who is not a “chosen one” type, and for not being sexualized. Like Ripley, Jyn’s sex doesn’t particularly matter. She may not ever be as memorable as Ripley, or even as Harley Quinn, but in some ways that may be a positive thing.

Discuss Rogue One vs. Suicide Squad here or in the comments below.