Matchup of the Day: A Short Film About Love VS Onibaba 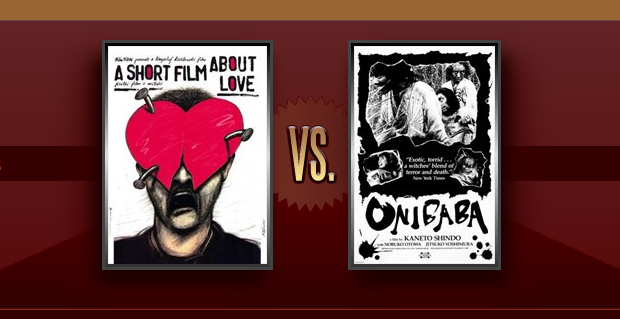 For today’s matchup, we have A Short Film About Love directed by Krzysztof Kieślowski and Onibaba directed by Kaneto Shindo. Both films deal with lust and desperation.

Set in medieval Japan, Onibaba (1964) tells the story of a widowed young woman and her mother-in-law. The country is in the middle of a civil war which brings scattered skirmishes to their secluded hut hidden amidst susuki grass. The pair prey upon the stray and wounded soldiers, killing them and trading their armaments for millet. Bodies are disposed of in a deep, dark hole. The arrival of Hachi, a deserter from the war who lives nearby, threatens their shady operation. Hachi and the widow strike up a lustful affair, leaving the mother-in-law fearing that they will abandon her to fend for herself.

The title Onibaba refers to an old woman in Japanese folklore who transforms into an evil hag after succumbing to intense jealousy or hatred (Kijo is the young woman version). The mother-in-law suffers from both: jealousy because Hachi rejects her advances, and hatred because her daughter-in-law may leave her alone to starve. Sex for the mother-in-law is about survival. Desperate to break up the lovers, she devises a plan after murdering a samurai (by luring him into the hole) and stealing his demon mask. Each night she dons the mask and pretends to be a monster in order to frighten her daughter-in-law away from Hachi’s hut. This works until the mask becomes stuck on her face as punishment for her wicked ways. 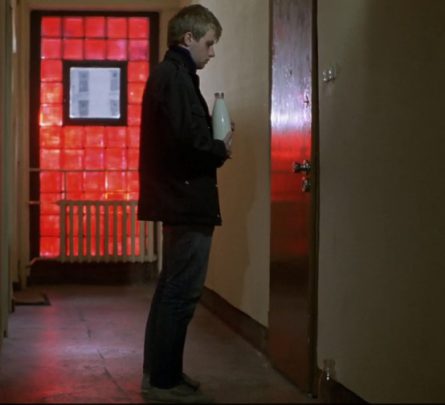 The Polish film A Short Film About Love (1988) originally aired as a segment in the ten part television series, Dekalog, which loosely examined the Ten Commandments. Love was later expanded to feature length and given a more hopeful ending. The main character, Tomek, is a nineteen-year-old postal clerk who spies on his neighbor, Magda, an older woman living in the same apartment complex. He has gradually fallen in love with Magda and engages in a number of tactics to get closer to her. Magda, however, is more worldly than Tomek, and doesn’t understand his relatively innocent (if stalkerishly-expressed) feelings for her. In her jaded outlook, love does not exist; only sex.

Tomek does some creepy things in order to meet Magda, from tampering with her mail to posing as a milkman. His intentions, however, are not portrayed by the film as malevolent. Rather, his love for Magda is contrasted to her life of empty hook-ups. She is not necessarily more moral than he is. When Magda agrees to go out with Tomek after he comes clean about his machinations, Tomek is given the opportunity to consummate his love for her. But he performs awkwardly. Magda belittles him, which leads to Tomek attempting suicide. Realizing the error of her ways, and experiencing remorse, Magda becomes obsessed with Tomek. She begins to see through his eyes.

Speaking about Onibaba in particular, my main historical interest focuses on ordinary people . . . their energy to carry themselves beyond the predicaments they encounter daily. I wish to describe the struggles of the so-called common people, which usually never appear in recorded history. This is why I made Onibaba. My mind was always on the commoners, not on the lords, politicians, or anyone of name and fame. I wanted to convey the lives of down-to-earth people who have to live like weeds.

With its avant-garde score and camera work, Onibaba is an aesthetic experience in addition to whatever deeper meaning it may have. A Short Film About Love is not as radical by comparison. Not to say it is a straightforward love story; as this Culture.pl article puts it, “Kieślowski did not create a banal paean to love but by complicating relations between the protagonists he authorized different interpretations.” Both Onibaba and Love end ambiguously. 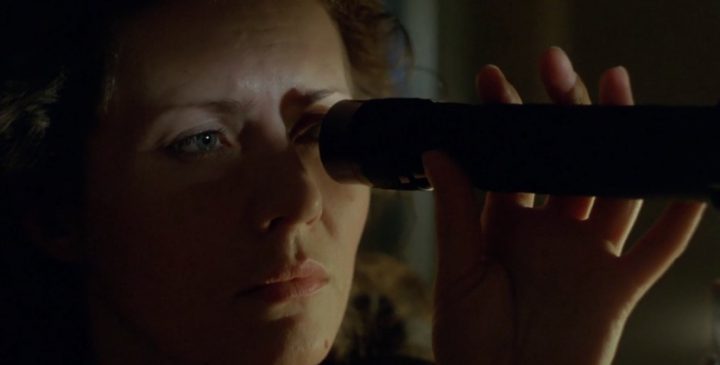