From Book to Screen: Creepshow 2 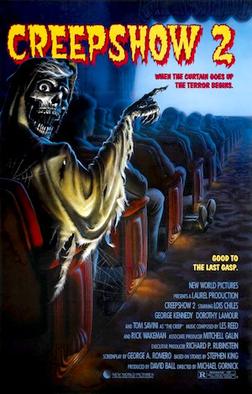 Welcome back to the Stephen King Book to Screen series! Last time we covered the first of only three adaptations from the King short story collection Skeleton Crew. We now cover the second adaptation, which is a segment of the sequel to the beloved (and previously covered) Creepshow. Of the three tales in Creepshow 2, only one is directly based on a King story.

The stories we are skipping in Skeleton Crew are of a variety of quality, and some really don’t need a feature film adaptation. Others have short film adaptations, which we may cover at the end of this series. The first story in the book, “Here There Be Tygers,” is a simple one about a boy running into a tiger at his school bathroom. A surreal piece, it would be a stretch to turn it into a feature, but it could work as a segment of an anthology film. The next, “The Monkey,” might be more justified as a feature, as it follows a man dealing with a haunted monkey cymbal doll throughout his life; King wrote an X-Files episode with a very similar plot. This one is followed by “Cain Rose Up,” about an unhinged college student sniping fellow classmates. It seems like a microcosm of Rage, the first Bachman novel we discussed in a previous article, and doesn’t need an adaptation.

The next two, “Mrs. Todd’s Shortcut” and “The Jaunt,” are some of the stronger stories in the collection, and both could use adaptations. In fact, “The Jaunt” is already in pre-production as a TV series. It is a sci-fi tale about a terrifying device that allows teleportation, but unspeakable horrors await if someone stays awake through the process. “Mrs. Todd’s Shortcut,” meanwhile, has an existential bent about a woman driving across Maine finding seemingly-impossible shortcuts. The last two stories we are skipping are “Paranoid: A Chant” and “The Wedding Gig.” The former is a poem, and though it is interesting enough, King’s skills are not as a poet. “The Wedding Gig” seems like it could make a good non-supernatural film like The Shawshank Redemption, though it’s nowhere near as strong as that story.

Now we turn to the one story actually covered here today: “The Raft!” 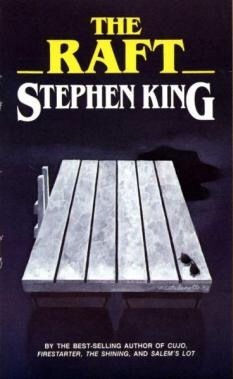 This section of the article will be remarkably short in today’s feature. Before appearing in the Skeleton Crew collection, the story “The Raft” was originally published in a 1982 issue of Gallery magazine. One of the slew of Playboy copies out there, Gallery copied Hugh Hefner’s model to a T, including publishing short stories. King had already proven his quality as a horror writer by 1982, so Gallery was more than happy to pay him for some soft-core horror fluff.

And indeed, that’s what “The Raft” mostly is. A group of four college-aged kids drive out to a secluded lake to swim and fool around. A sole large wooden raft sits in the center of the water as a place to climb out of the water. It ends up becoming a place of imprisonment when a dark, oily being slides across the lake and absorbs the kids one by one. They dare not step off the raft into the water where the creature lurks. But sure enough, they do stupid college kid things and get picked off. King has one of his most gratuitous instance of sex and skin-talk as two characters decide to get to it in their panic after their two companions get picked off. This ends up being the death of both of them.

It’s fairly standard slasher fare. The most intriguing part is the somewhat unique monster design, some type of Lovecraftian cosmic being whose origin is unexplained and drives the lead character to madness by the end. The characters are well-written enough to work for the story’s short length, and it’s to King’s credit that he can even make cheap sleaze interesting. 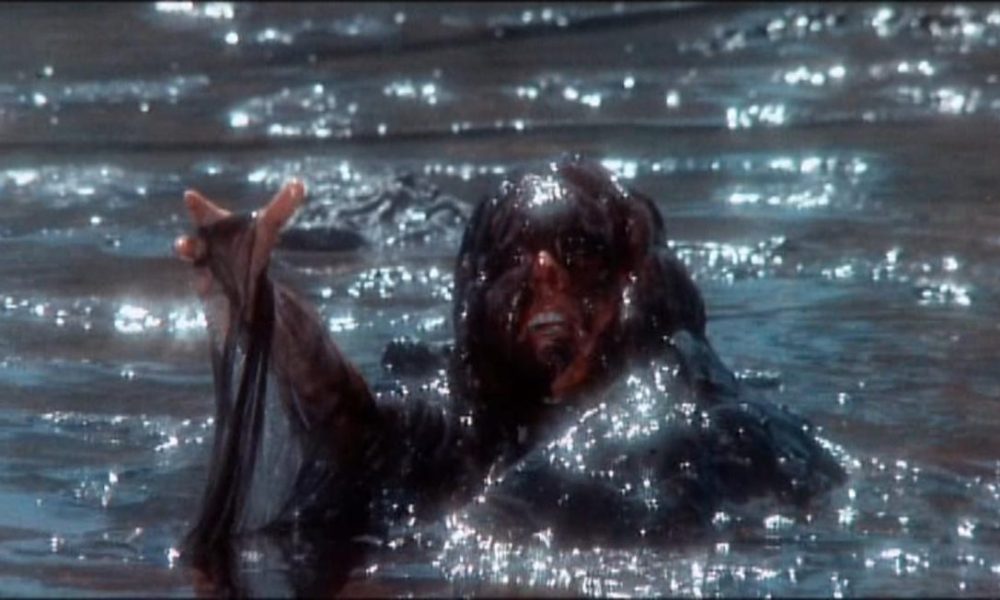 After the massive success of the first Creepshow, a sequel seemed a natural move. Though George Romero wrote the script for the sequel, he ended up not directing the film, leaving it to Michael Gornick. Gornick was one of Romero’s collaborators who worked on a variety of his projects, including other King fare. Creepshow 2 certainly looks like a film trying to copy the style of Romero’s original, while lacking the touch and uniqueness that made the first one distinct. Romero was busy filming Monkey Shines and so did not participate beyond the script.

Romero’s script also got chopped down. One based on another King story, “The Cat From Hell,” would end up in another anthology film later on. The other King-based segment, “Pinfall,” has an interesting history. It was supposed to wind up in the same film as “The Cat from Hell,” but it got cut again. Fans had a Kickstarter in 2014 in order to adapt the story, but that fell through too. A cursed story, it seems.

“The Raft” made it into the finished film, but the adaptation is certainly nothing special. Gornick’s direction is competent, but the story is ultimately too shallow (pun intended). The four lead actors don’t elevate the material. Daniel Beer, who plays the lead character Randy, can’t deliver his lines without coming across as cheesy. The segment is ultimately just mild gore mixed in with some nudity.

Strangely, the film turns what was a consensual act of sex between the two survivors into sexual assault. Randy starts fondling the breasts of the living female character, LaVerne, while she’s asleep. Perhaps the filmmakers wanted to make the punishment of death more suiting for Randy, rather than seeming to punish sex in and of itself. Still, it’s a weird choice on the whole. The only other change is that Randy escapes the raft and swims to shore before the creature swoops in and crashes down on him in the end. It takes the most intriguing part of the story, the descent into madness, and hurls it right off the screen.

The other two stories in the film are not King stories, though both are in the same tone. The strongest segment of the film is the closing segment, “The Hitchhiker,” with plenty of undead gore and exploring the guilt of an adulterous woman. While all of the segments of Creepshow 2 are more focused on cheap gore than the goofy atmosphere of the first film, this one comes the closest to something intriguing. All of the segments are joined by a framing device of the Creep from the first film telling a story while an animated segment follows a young boy, Billy, as he runs around a small-town fleeing bullies. This helps reproduce the jovial nature of the first film, though it lacks the same visual flair and panache.

Creepshow 2 opened on May 1, 1987. It grossed $14 million during its theatrical run, more than making back the budget of $3.5 million but falling short of the film’s gross by a significant amount. Critics also felt that the concept was played out, with most reviews being far more critical than the reception to first film. It would spell the end of the Creepshow franchise until it was revived as a TV series on the Shudder streaming service. Technically there is a Creepshow 3, but it had no involvement from King or Romero, and so doesn’t count for our purposes. 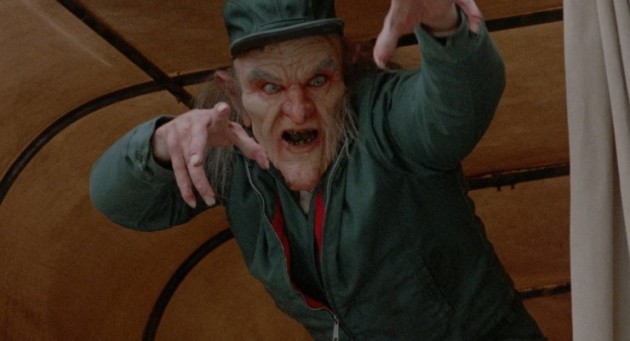 “The Raft” is far from a grand King story, and any adaptation is going to be inherently limited. Still, this segment in Creepshow 2 manages to take the few interesting points and dispose of them. It avoids being totally awful, but it’s mostly a dull affair that then turns rapey. A better adaptation is possible, but probably not worth it. A modern Creepshow anthology with segments from directors such as Ari Aster, Robert Eggers, and others might be interesting, and one of them might do a decent enough job with this. Still, there are other, better King stories ripe for adaptation.

Tell us your thoughts on Creepshow 2 below and rank all of the Stephen King films on Flickchart!