From Book to Screen: Apt Pupil 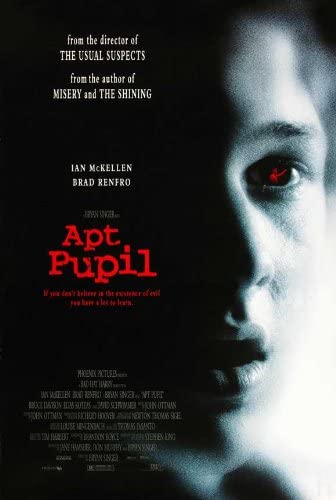 Welcome back to the Stephen King Book to Screen Series! Most recently, we covered the first of four stories from the King novella collection Different Seasons, which represented spring, renewal, and birth. Now we deal with the next film and adaptation, which represents summer: Apt Pupil. 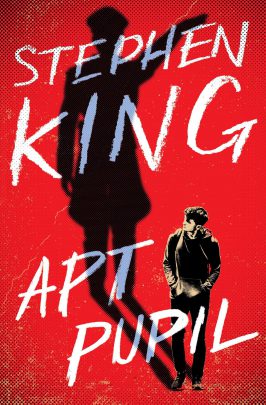 Apt Pupil was published originally in 1982 alongside the rest of Different Seasons. Stephen King wrote Apt Pupil after finishing the first draft of The Shining. There is a nod to The Shining in this story, as well as a character whose name comes from the play that Jack Torrance is writing in The Shining. King’s relentless writing process involves writing novellas between drafts of his longer novels, and Apt Pupil was one of these. It sat around unpublished for several years due to the lack of market for novellas. King was in a different sort of mood here from the more hopeful Shawshank Redemption, and it goes against type in its depiction of a thoroughly awful teenage kid.

The story centers around an “All-American kid”, good in sports, academics, and well-liked by his friends. But the young man, Bowden, has a dark obsession with the Holocaust, and he spends his spare time tracking down an ex-Nazi names Dussander who lives in his town. The opening of the novella depicts his hunt over the course of several months until he finds the Nazi and blackmails him into telling stories of the Holocaust in exchange for not revealing his identity to the world. Our protagonist is slowly corrupted by hearing the stories, and his darker side reveals itself.

Apt Pupil is a dark and nihilistic story if there was one, matching Pet Sematary for unrelenting bleakness. King doesn’t hold back from showing tortured animals, murder, and overall sadism. It feels like black venom injected into the page. Unlike Pet Sematary‘s confrontation with death, Apt Pupil has less redeeming value to justify the grim, gratuitous darkness. It’s hard to know what to get out of Apt Pupil other than the idea that anybody can become cruel and wicked if exposed to the wrong influences. That’s not to call the story bad, though, as King proves once again that he can write characters and spin a good yarn. But Apt Pupil will likely leave you feeling disgusted and without much to show for it. 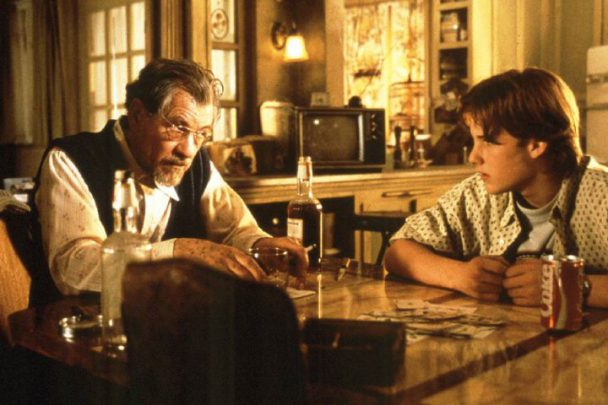 The original attempt to adapt Apt Pupil came in 1987 with Alan Bridges directing and starring the great talents of Nicol Williamson and Rick Schroder. They actually filmed for ten weeks, but a lack of funding placed the film on hold and the project ultimately fell apart. Bryan Singer would later seek to direct the film after reading the book as a child. He approached Stephen King in 1995 with a spec script he wrote and a copy of his yet-unreleased film The Usual Suspects. King was persuaded, and he optioned the rights back to Singer. Singer himself would turn down the opportunity to direct other films after the success of The Usual Suspects, such as The Truman Show and The Devil’s Own, in order to direct Apt Pupil. Perhaps this was a mistake given that the film notoriously bombed at the box office when it released in 1998, making under $9 million on a budget of $14 million and garnering only mixed critical reviews.

Ian McKellen was cast as the ex-Nazi Dussander and Brad Renfro as the protagonist Bowden. While the film is fairly close to the novella in content, there are a few differences. The film takes place over the course of a year, as opposed to the many years of the novella. The film also cuts some of the more graphic animal violence and opts not to show all of the murders that Bowden ends up committing. This tames some of the darkness, though Roger Ebert still felt it was cruelty without purpose. And perhaps that’s fair; the Apt Pupil film can’t capture the inner thoughts of Bowden that make the novella compelling.

McKellan is strong as the Nazi, and credit must be given that he is able to mirror what the novella does to make the reader feel some semblance of sympathy for him. Dussander certainly didn’t deserve to escape justice, but he was hiding quietly and doing no further cruelty until Bowden reawakens him. This is something McKellan captures well. Renfro is less than stellar, though, and gives a fairly flat performance. There are two surprising, small roles played by some of 90s TV’s bigger names, David Schwimmer and Joshua Jackson. 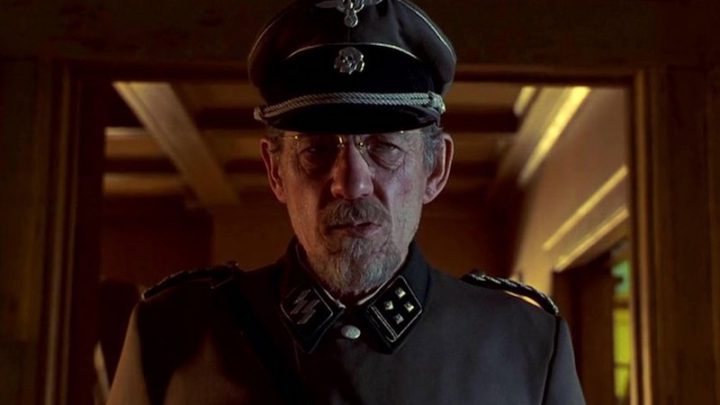 The dark and gruesome material is beset by real-life darkness related to the film. Lawsuits were launched over scenes where minor boys were allegedly told to strip naked in the shower for footage that wasn’t going to be used in the film. An investigation was launched, and there were rumors of the lawsuit getting settled. Given the later allegations that have come out against Singer, it isn’t a stretch to say that these rumors are likely true.

Apt Pupil is not the worst King adaptation by far. There are many worse films we’ve covered. In fact, this isn’t even a half-bad film, despite the lack of nuance. There is some chilling horror throughout. McKellan elevates the material and there are some compelling and eerie sequences. The interplay between Renfro and McKellan does bring to life some of the novella’s more memorable scenes. Yet the film doesn’t do anything to make up for the lack of compelling thematic depth. 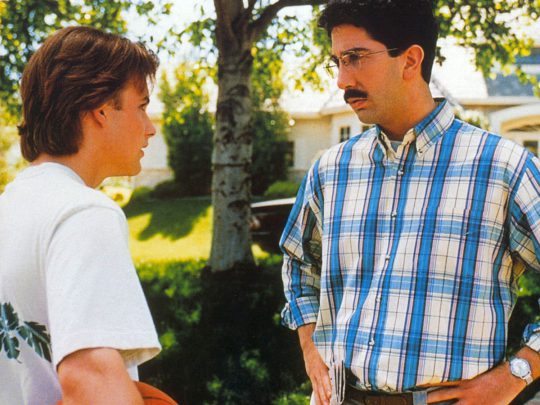 This work may be unfilmable. This isn’t King’s most compelling story, but what makes it work (when it does) is being inside the head of the adolescent boy as he falls into darkness. That journey might not ever come across on film. A shame, given the decent casting in this particular effort. Perhaps someone like Michael Fassbender might take on the role of the ex-Nazi a few years from now, but a director would need to have a vision for how to elevate a movie beyond the written word and make its dark descent work. There is a stage-play out there, too, but given how over-the-top the nihilism of the story is, there isn’t much demand for a new movie, and there are no known plans at the moment for future adaptations.

Tell us your thoughts on Apt Pupil below and rank all of the Stephen King films on Flickchart!