Flickchart Road Trip: This is Where We Live 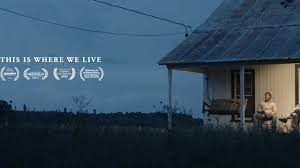 We’re heading through the rolling Hill Country of Texas as we hop back on the road in the Flickchart Texas BBQ Film Road Trip! We’re traveling to one of the classic mainstays of Texas BBQ, to a place that has been around the block a few times and even made its way into Texas Country music: the town of Llano! 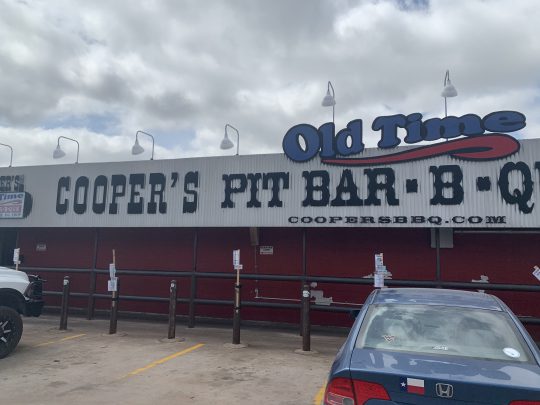 Central Texas is the home base of Texas-style BBQ, and Llano is the epitome of a small Central Texas town if there was one. With a population of just a few thousand, it looks like an ideal little town replete with beautiful parks, an old rustic bridge over a picturesque river, railroad tracks, and small 1950s-era buildings. In the late 1800s it served the farmers and ranchers of the area, then it underwent its first boom in the 1890s after iron deposits were discovered nearby. Llano soon garnered the nickname “Pittsburgh of the West,” but the boom ended in fire as many of the new businesses burned down.

Llano found a way through the 20th century with farming, ranching, and granite forming its economic cornerstones. Nearby hunting grounds helped it become a minor tourist destination in the 1960s, and its close proximity to the natural landmark Enchanted Rock also helped fuel tourism. And then there’s the BBQ.

Cooper’s Old Time Pit Bar-B-Que is a foundation of Llano and Texas BBQ generally. Founded back in 1963, Cooper’s has earned a reputation throughout the decades as a reliable place for great smoked meats. While many of the entrants on the Texas Monthly best-of list are relatively new establishments born during the Texas BBQ boom, Cooper’s has been hanging around a lot longer and is one of the old guard of great BBQ. It looks it, too: a grungy looking rectangular shack off the side of the road in Llano. The current pitmasters, Kenny Oestreich and Louis Garcia, use traditional mesquite wood and a direct-heat pit method of cooking. Known as the “Home of the Big Chop,” Cooper’s pork chop remains a prime offering.

I didn’t give the chop a go – though my friend and fellow Flickchart contributer David Conrad did, and he loved it – but I did try a unique form of brisket. Instead of the traditional sliced peppery black beef you’ve seen throughout these articles, the brisket at Cooper’s was served in pile of chopped beef, steaming and fatty. It was good, but certainly different than most of the briskets on this trek. I also enjoyed Cooper’s wonderful pork ribs, which were a highlight of the visit. They were perfectly seasoned and tender, with the meat sliding right off the bone. Complementing it all was a delicious jalapeño mac-and-cheese packing wonderful heat amongst the cheesy flavor.

The Film: This is Where We Live

While certainly not a well-known film, This is Where We Live comes right out of the indie filmmaking scene and fits Llano perfectly. The movie is set and filmed there, and many of the scenes in the travel the same spots I did when I visited Cooper’s. Sadly, Cooper’s itself doesn’t make an appearance. 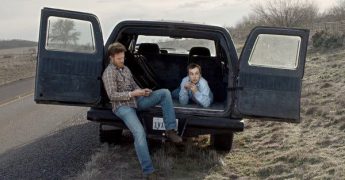 Directed by Josh Barrett and Marc Menchaca (best known for Ozark and Homeland) and also starring Menchaca, it’s a personal piece for Menchaca who hails from small-town Texas (though not the Hill Country.) Following the ups and downs of a small-town family, the movie centers on a relationship between Menchaca’s Noah and Tobias Segal’s August, the latter of whom suffers from cerebral palsy. Noah becomes a caretaker for August and learns to help deal with his own personal demons.

It sounds like a familiar enough plot, and the script is indeed trope-laden in places. But the moving performances from Menchaca and Segal make it work, and you can tell that the writing draws from Menchaca’s background. There are lot of little Texas details that give the film character. It’s also shot well, displaying beautiful open landscapes and rolling hills. Relying on the sun-drenched rises and falls of the sun, this film helps display Texas and her natural beauty and earns the film its title.

This is Where We Live reaches journey’s end in a predictable spot, but enough of the drama is authentic and moving that it is undeniably a good film. With some indie country used as background music, and lots of Llano landmarks, This is Where We Live lives up to its name and offers a heartfelt slice of life in small-town Texas.

They do go into a barbecue restaurant in the film, but we never actually see them eat it!

Tags: BBQcooper'sLlanoTexasThis is Where We Live