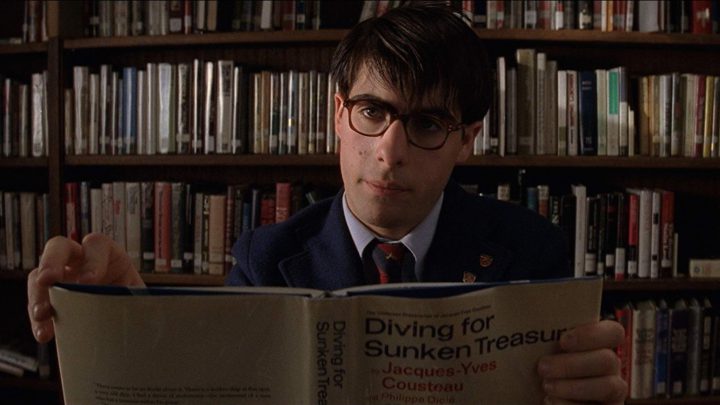 After our extended excursion to Austin, Flickchart is hitching up the wagon and traveling back across the state to Houston. We are in the northern part of the city, fairly far north of downtown, to visit the first BOB BBQ spot on the list, Gatlin’s BBQ! 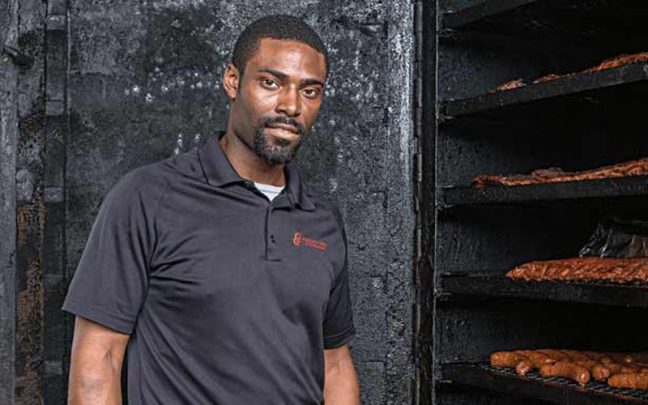 Greg Gatlin started his restaurant in 2010 out of a small house and is a lifelong Houstonian. He played football at Rice University before taking the family approach and joining with his mother and others to open up this BBQ joint. He has since created a storefront with smooth wood that has a modern yet rustic feel. Gatlin is a pitmaster that runs his smoker, but he also takes customer orders and even waits tables at times.

I came in the evening and avoided the rush. I missed out on the famous pork ribs because of that; both their St. Louis and baby back ribs are well-known in the city. Their side dish of Cajun rice is also a talk of the town. Gatlin opts for a slightly different cooking method than many of the Central Texas pitmasters, using hickory wood in lieu of post oak, though he still uses an indirect-heat pit and will throw in oak from time to time. His pits of choice, though, are gas-fired rotisseries. He also serves up brisket, a variety of sausages including venison, and pulled pork. Additional sides include mac and cheese, corn, potato salad, and others. 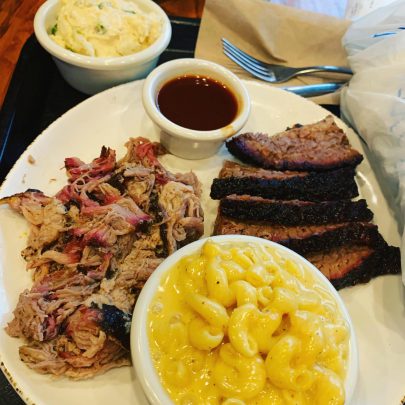 I partook in brisket, pulled pork, mac and cheese, and potato salad on my visit. The brisket had a super dark bark on it and was quite flavorful, if lacking a smoke ring and a little light on seasoning. The pulled pork, though, was one of the best I’ve had in Texas. Very tender and moist, it had great flavor, and the dark BBQ sauce gave it an additional boost. The mac and cheese had that homemade feel to it and tasted like something you might get at Thanksgiving. The potato salad was solid, though far too mustardy for this writer.

Many people know that Richard Linklater is a Texan; he has filmed several movies there, and the hippie part of Texas certainly comes through in many of them. On the other hand, the fact that Wes Anderson is a Texan might surprise you. The vast body of his work doesn’t really scream “Texas.” But his first two films were set in his home state, the second of which is Rushmore.

Rushmore is set around a private prep school in Houston and was inspired by the prep schools that Anderson and Owen Wilson attended. The main character, Max Fischer, embodies qualities of both Owen and Wes. Fischer’s expulsion from the titular school is based on Wilson’s expulsion, while the character’s lack of academic prowess, his crush on an older woman, and his ambitious nature are all based on Anderson. It’s a personal film for Anderson, who wrote the script with Owen years before their film debut. 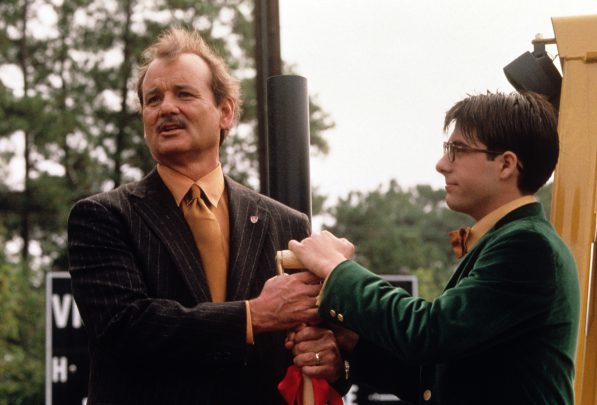 Houstonians might identify with the depiction of rich suburbs full of quirky people, nice homes, and perfectly-landscaped trees. The heart of Rushmore, though, lies in the unique friendship between Bill Murray‘s apathetic older businessman and the aforementioned protagonist Max, played by Jason Scwartzman. Max is an odd character, joining every club in existence while failing all of his classes. Their friendship is an odd one, but luckily Murray and Scwartzman have chemistry together. When they eventually fall in love with the same woman, who’s between them in age, it makes for a simultaneously funny and touching relationship.

Anderson was still honing his style of direction here, but many of his hallmarks are already present. Bright colors feature throughout, for example in Max’s odd wardrobe choices. His deliberate use of camera movement is also present, though it isn’t quite as stylized here as in his later movies. The “theater” aspect of Anderson’s work is accentuated with an ending shot of curtains closing. The movie’s depiction of Houston suburb culture, though, feels true-to-life.