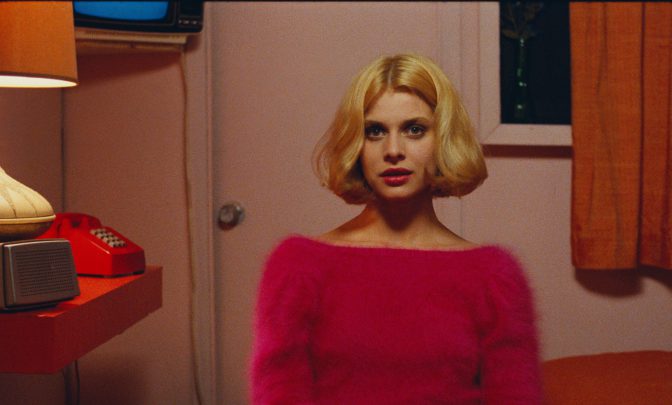 Welcome back to the Flickchart Texas BBQ Road Trip! Last time, we finished the second part of an East Texas two-parter. We have one stop left in East Texas, but that’s for later. Now we head west of San Antonio; it’s a long haul, but it places us in a little town in the Texas Hill Country known as Hondo. 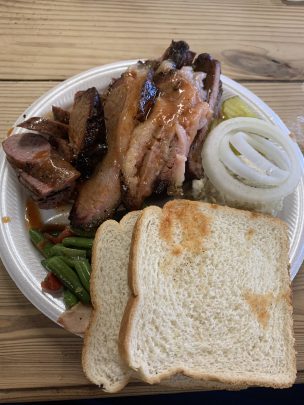 Hondo is fairly small, though its population nearly reaches 10k. The area was originally inhabited centuries ago by the Coahuiltecan people. Though many different people have immigrated to the area, the town of Hondo was not settled until 1881 and wasn’t officially incorporated until 1942. While Hondo hasn’t been home to many historical occurrences, it isn’t entirely devoid of them either. Two bank robberies occurred there in the 1920s, both by the Newton Gang, one of the famed and successful outlaw bands in U.S. history. It also has a notable sign erected in 1930 that reads “This is God’s Country, Please Don’t Drive Through it Like Hell.” Hondo also became home to a U.S. Army airfield during World War II.

Surrounding Hondo is one of Texas’s most well-known and beloved vacation spots and slices of outdoor beauty. The Hill Country, as it is known, doesn’t match anyone’s typical vision of Texas. Most think Texas is super flat, which is largely true. But the Hill Country boasts large, rolling hills full of plant-life, good hiking, and rolling rivers. The Frio River, a popular tubing spot, is nestled into the Hill Country. It’s the perfect vacation spot, and the sunsets there are among the most beautiful you’ll ever see.

Though Hondo is not home to any major historic sites, big economic growth, or any major landmarks, it is still home to a great Texas BBQ joint. Opened in 2008 by Darren “Heavy” Bernal, who was on-site when I visited, it has brought good BBQ to what had been somewhat of a BBQ desert. Things are changing as bikers and other weekend warriors seek good grub during their travels. In a small dining room with sparse decoration, Bernal smokes out of giant Southern Pride rotisseries over mesquite wood.

His BBQ is a different kind than many of the best joints in the state. The mesquite smoke grants a different sort of flavor. One might be wary of rotisserie style; 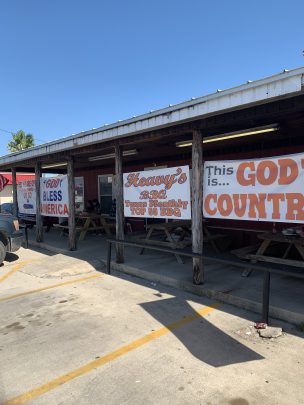 I was able to partake in brisket, sausage, and pork ribs drenched in BBQ sauce, and while the brisket was yummy, I will admit it wasn’t quite as strong as many of the other briskets on the list. The rotisserie has its weaknesses. That said, it still had a distinct black bark and a nice, fatty taste. The ribs also had a nice bark and a solid rub on them. The sausage was the weak spot of the plate, sliced thin without much distinct flavor. The green beans were a solid side, though. 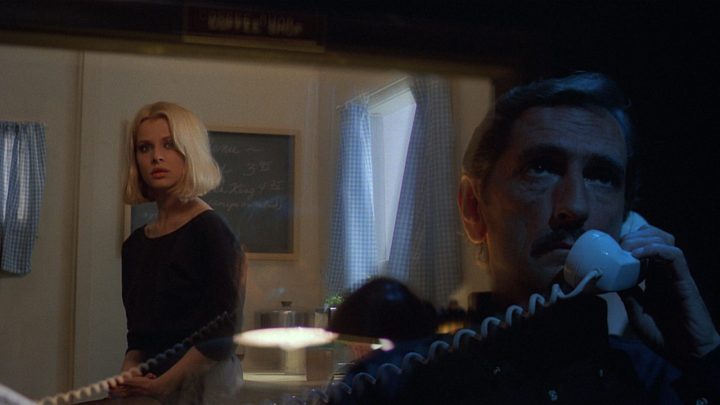 You may wonder why a film entitled Paris, Texas is being chosen for Hondo, especially if you’re familiar with Texas geography at all. Paris, even the Texas version, is far away from Hondo. However, the film itself never goes to the town of Paris, which is part of the message of the film. While Paris, Texas never explicitly stops in Hondo either, it is a road film that goes through west Texas as well as the Hill Country  before closing in Houston. Hondo’s status as a road trip stop makes Paris, Texas — a Texas road trip film — a worthy pairing for this meal.

The film is directed by Wim Wenders and follows Travis Henderson (Harry Dean Stanton), who starts the film in a fugue state in west Texas before being picked up by his brother. The film becomes Wenders’ musings on America, both as a fantasyland and a wasteland. Henderson ponders his wounded past and relationships with his ex-wife and son, and the desolate landscapes of Texas make a perfect setting for this personal journey. Wenders emphasizes old rusted railroads, signs, and run-down motels. The film dives into grime yet emphasizes the beauty of the state.

Paris, Texas is a quiet and cathartic experience. Harry Dean Stanton does a brilliant job in the lead role, unwrapping layers of emotion while wrestling with demons. The symbolism of dealing with a place of fantasy and allowing it to be a home of rebirth for Stanton’s character brings tears to one’s eyes. The relationship between father and son is another brilliantly affecting part of the film. 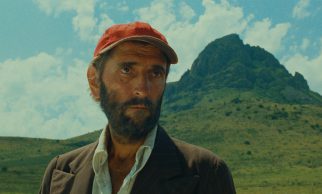 The film is a very Texan picture on the whole. While it may seem more suited to west Texas, including the way it showcases specific parts of the western panhandle such as Terlingua and Marathon, it also makes much of Houston and other points along the way. The themes resonate with other movies in this series, making it a welcome companion on this journey.

Not that we can see.