Flickchart continues its BBQ-fueled cinematic trip across that state of Texas! We’re sticking to the southern part of the state and venturing back down to the border of the US and Mexico for our last spot in the south Texas area. 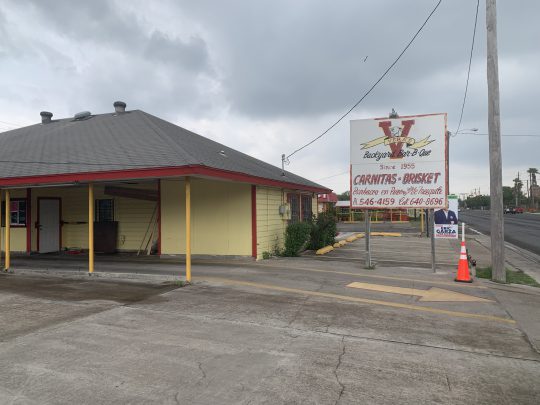 Like nearby McAllen, Brownsville is a southern Texas city defined by its location. It has that year-round warm weather, being closer to the equator than anywhere in Texas. Sitting right on the border, Brownsville is home to a large Hispanic population, and it wears its culture proudly from the food to the architecture to the types of businesses around town. Spanish on menus and signs is often unaccompanied by English translations, and Spanish-language radio stations dominate the bandwaves.

The city was founded in 1848 by entrepreneur Charles Stillman, who developed a successful river boat company, it was named after a major who served as an American soldier during the Mexican-American War. It is home to multiple battlefields and is dotted with National Historic places as well as state parks full of wildlife. Government is one of the area’s largest employers, though there is a growing space and aerospace sector. Brownsville is also home to a deep-water port. Despite all this, Brownsville has one of the highest poverty rates in the United States.

It should be no surprise that Brownsville’s top-50-ranked BBQ spot, Vera’s Backyard Barb-B-Que, reflects the city’s Hispanic culture. Its main culinary offering is barbacoa. We mentioned barbacoa last time when we visited Smolik’s, but let’s dive a little deeper. Just what is barbacoa?

The term originated in the Arawak-speaking Caribbean among the Taíno people, and it is the origin of the word barbecue. It is also the origin of Texas-style barbecue, along with German and Czech influences. Barbacoa as it exists today refers to a brick-lined underground oven where meat is smoked over wood coals. The most popular kind is “barbacoa de cabeza” where the entirety of the cow’s head is placed in the pit. Most modern commercial barbacoa today is cooked on a stove, though.

Vera’s Backyard Barb-B-Que is 65-years-old and the only restaurant in all of Texas that’s still allowed to cook barbacoa the old-fashioned way. Modern health regulations prevent the commercial use of the underground style, making Vera’s the last of an old era. It was opened in 1955 by the father of the current owner, Mando Vera. It’s still a family operation run out of a small wooden house on the side of a street. The menu is in Spanish and most people go through the drive-through, taking their meats to go. Cachete, or cheek meat, is the most popular offering, though they sell many different types of barbacoa that you’d be hard-pressed to find anywhere else unless you make it yourself or know someone who knows what they’re doing.

Being a brave soul, I ate a variety of the barbacoa they had available. This included the cachete, the lingua (or tongue), and the ojo (eyeball). All were various shades of dark brown and came with salsa and a package of tortillas. I forked the warm meat onto the soft tortilla and topped each with salsa to make a nice little meal. Each was unique in flavor, with ojo being the richest tasting meat. Each had a wonderful flavor, unique among the offerings on this road trip so far. The best of the bunch was cachete, with a pleasant melt-in-your-mouth tenderness that allowed the salt and pleasant heat of the salsa to mix together. This is the only place I didn’t try brisket or any part of the Texas BBQ “holy trinity.”

All the same, this is a unique and must-try experience in American dining. Vera’s has rightfully earned a James Beard Foundation distinction of “American Classic.” I award all of the varieties of barbacoa 4.5 cabezas out of 5, and I award Vera’s 4.5 smokers out of 5! 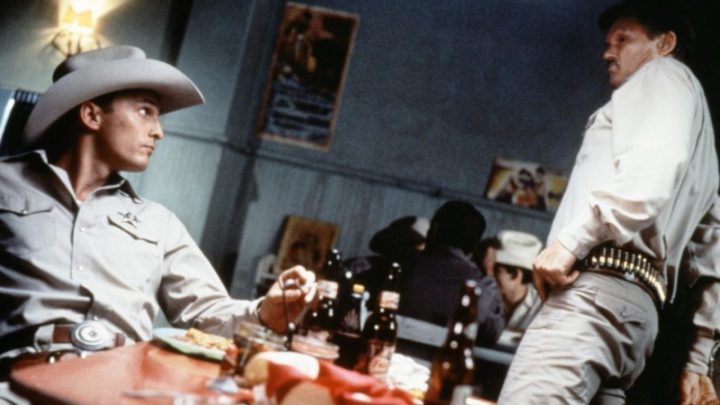 What better selection pair with Vera’s Backyard Bar-B-Que than John Sayles’s Lone Star? Though the film is set in the fictional town Frontera of the fictional Rio County, it is defined as a south Texas border town and was almost certainly a stand-in for Brownsville, or at least Laredo (it was partially filmed in Laredo). Either way, it is a perfect film to match with Vera’s. As is typical with Sayles’ work, Lone Star wears its Texan culture loud and proud. Lone Star has a firm sense of place and makes references to Austin, San Antonio, Houston, and other Texas cities throughout the film. These aren’t mere name drops, but come with commentary on the particular culture of each city, at least as it existed in the 90s. Lone Star also addresses racial relations in south Texas and the way Texas grapples with its own history.

Sayles uses these elements to ground a complicated story. The plot focuses on Chris Cooper as a small-town sheriff dealing with the legacy of his father, a beloved sheriff played in flashbacks by Matthew McConaughey. The bones of a third sheriff are uncovered, raising questions about the mystery of Cooper’s direct predecessor, played by Kris Kristofferson, who mysteriously vanished along with $10,000 many years prior.

The film is a beautiful examination of legacy across time. It falters in places with some lackluster pacing and flashbacks to the past that are not always clear, but Sayles immerses the audience in the sense of place and the realism of the situation. The performance from Chris Cooper is excellent as his character grapples with revealed truths about his father and the community around him. 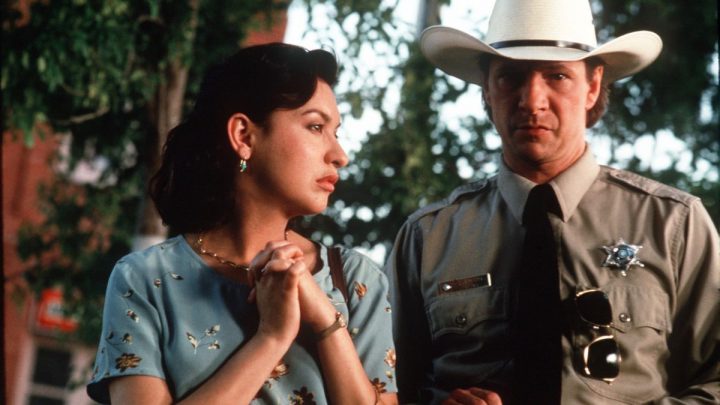 Sayles captures small moments really well. A moment of intimacy in which a couple dances together, resparking an abandoned romance, brims with eroticism and amour. Everything from the music to the coloring and staging of the scene exemplifies the power of the film. It manages to be a work of little moments while still threading together a long two-hour plus narrative.

Legacy and race are built into the framework of the film without ever being too obvious. It’s a film of both the past and the present. For a commentary on Texan culture on the border, Lone Star is simply one of the best movies out there. It captures something uniquely Texan while still offering a story that can move people in any state.

Though there were some good opportunities, nobody eats BBQ in this one.