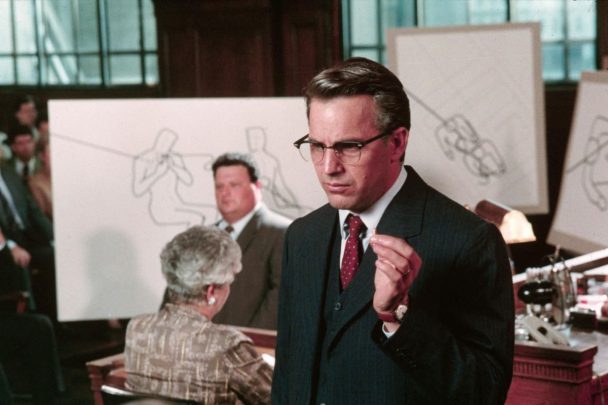 On the road again, we just can’t wait to get on the road again for our Flickchart Texas BBQ Road Trip! We’re not really traveling far, just jumping from the suburbs of Dallas and straight into the Big D’s downtown. 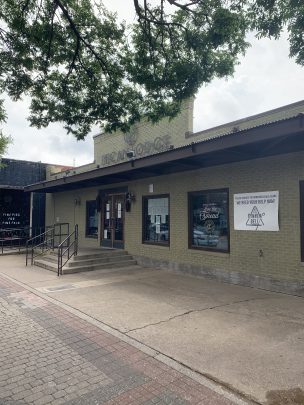 Dallas. Just the word conjures up many images. Ten-gallon hats. Sharply-dressed businessman wearing those hats. The Cowboys. Flash and glamour. Though only the third-largest city in the state of Texas, the Dallas-Fort Worth metro area is one of the most populous in the nation and a major economic center for both Texas and the southern United States as a whole. Notably, it is the largest metro area with no connection to the sea. Like several other spots in Texas, Dallas’s history reveals the diversity of the state of Texas and its famous Six Flags. The area has been occupied by a variety of cultures over the centuries, including the Caddo people before the Spanish crown occupied the area, as well as the French.

The US and Spain established a treaty defining the Red River as the boundary of American and Spanish territory, but the city of Dallas wouldn’t come along until after both Mexican and Texan independence. After surveying the area a few years earlier, John Neely Bryan would officially establish Dallas in 1841. The origin of the name remains in dispute, with several theories competing on where the name came from. Dallas was formally incorporated as a city in 1856 after Texas had become a state in the US.

As with many economic giants of the 19th century, Dallas becoming a railroad center helped turn it into economic power. An industrial center, people traveled from all other the South and Midwest to live in Dallas and do business. It became home to the first skyscraper west of the Mississippi in 1909. It would later play home to several notable historical events including a visit by the Mexican President in 1921, and of course the assassination of President John F. Kennedy in 1963, an event that has rocked the American psyche. Dallas has remained an economic force in Texas throughout the decades since. 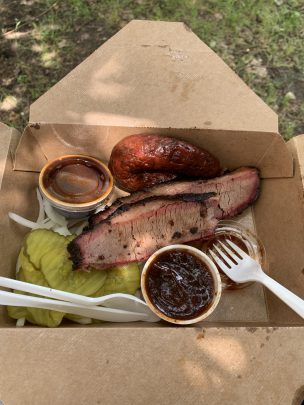 Naturally, it is home to several BBQ joints in the midst of this BBQ boom. Dallas is not a BBQ town in the way central Texas is. Its own BBQ revolution occurred in the 2010s, can largely due to Pecan Lodge. Opened in 2010 as part of the Dallas Farmer’s Market, Pecan Lodge soon ensured that north Texas would have a spot in the BBQ Golden Age. Named after the owner’s grandfather’s farm in Abilene, the joint serves no pecan products. But it does serve delicious smoked meats, prepared in offset smokers by pitmaster Justin Fourton over post-oak and hickory. Fourton opened the place with his wife, changing careers from consulting together to serving delicious food.

I, for one, am quite pleased with their career change. They offered some of the best brisket on this list with perfect slices of beef sporting bright red, distinct smoke rings and a thin yet superbly peppery bark. Each bite was a wonderful trip to flavortown. But let’s not forget the wonderful handmade sausages; packed with flavor, jalapeno-cheese to be exact, they utilize the wonderful cheesy-heat of the filling while also retaining a distinct smoky flavor that is often forgotten in these flavored sausages. Top it off with some wonderful, thick, almost KC-style sauce, and Pecan Lodge carves a niche in Texas BBQ that makes it well worth visiting. 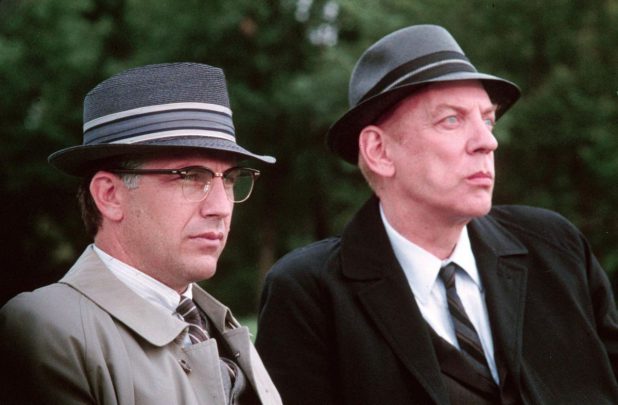 As mentioned above, one of the most notable historical events that occurred in Dallas was the assassination of President John F. Kennedy. While a dark event in the city’s history, it is an important one and there are a multitude of films exploring the event. Oliver Stone‘s JFK is one such film. It doesn’t entirely take place in Dallas; it cuts between Kevin Costner‘s work as a New Orleans district attorney and his visits to Dallas, D.C., and other places. But because many parts of it were filmed in Dallas at the actual historical spots, Stone’s film is a suiting accompaniment for this BBQ pit stop.

Stone’s film on the assassination of JFK has been thoroughly discussed, as has the assassination itself. Almost as soon as the dust settled on that day, theories about the killing began to fly. Conspiracies about more than one shooter, CIA coverups, mob involvement, and more were all put forward. Oliver Stone takes all of those theories and ideas and pairs them with research he did to create an opus on the impact of the death and his take on why JFK was killed. While the movie may veer too far into conspiracy land, Stone’s film is directed well. Constructed as a mystery, the opening uses news footage to set up the themes before we are introduced to our main character reckoning with the the assassination on the day of.

Slowly but surely, Cosnter’s DA begins to suspect something is amiss, and he begins to put pieces together indicating the official story of JFK’s assassination doesn’t add up. One of the script’s sloppiest bits introduces a giant exposition dump in the middle of the film via a droll Donald Sutherland as a “Deep Throat”-like character. But aside from this giant stop, Stone paces his movie well, slowly giving more and more facts and building tension and unease.

JFK also has a massive cast of talented actors. Aside from Costner’s spirited lead, Michael Rooker impresses as another member of the DA’s office. Tommy Lee Jones plays an odd businessman in a role not so typical for him, but it’s fun seeing him take on a different kind of role. Some other stars include Gary Oldman, Kevin Bacon, Laurie Metcalf, Sissy Spacek, Joe Pesci, Jack Lemmon, Walter Matthau, Wayne Knight, John Candy, Vincent D’Onofrio, and Brian Doyle-Murray. All of this acting talents makes even the most minor roles shine, and adds to the film’s epic feeling.

Even with little storytelling flaws, and an awkward ending that attempts to provide some larger moral justification to the exercise, JFK is an entertaining and well-constructed film. It leans into the on-location shooting to provide realism to back up the more extravagant parts of the story. Whether there is some nugget of truth here or not, JFK makes you believe it.

There are a number of different meals, but no BBQ.