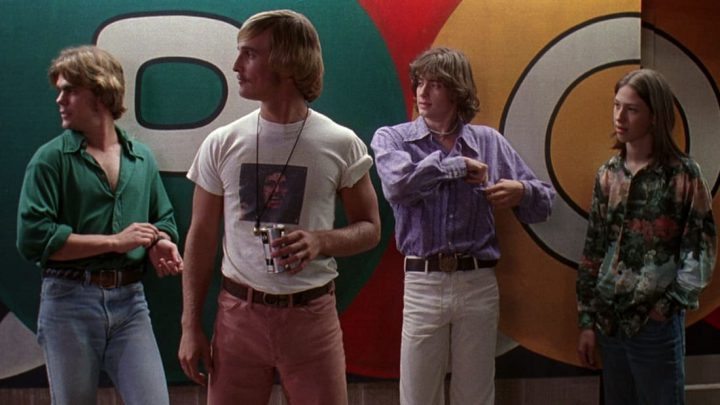 Flickchart continues to do its best to bring you a cinematic and BBQ filled trip across Texas, even in these tough times. It helps that we are slow to record our BBQ adventures and can bring you several trips from before the spread of COVID. We stay in Austin this time around, traveling to the northern part of the city to a BBQ place that has a picture of our featured film on its wall. 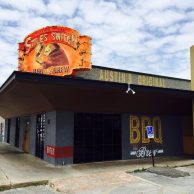 The northern parts of Austin are becoming increasingly popular as Austin continues to develop and grow as a city. With so many people moving there, housing prices are rising and people are looking for new places to live that aren’t so expensive. The suburbs of Leander, Round Rock, Cedar Park, and Georgetown all are providing attractive alternatives to those who used to live in the city. Where we journeyed today, the North Lamar area, is still in Austin proper, but it’s certainly different from south Austin. North Austinites are proud of their shopping centers, comparatively cheaper real estate, hiking and biking trails at Walnut Creek Park, and of course, some good food. Tucked into the Violet Crown Shopping Center (a name which dates back to ancient Athens) is Stiles Switch BBQ.

In 2011 Shane Stiles brought pitmaster Lance Kirkpatrick out of the fine dining world to bring his talents to a Texas staple. Kirkpatrick is as a student of Bobby Mueller of Louie Mueller Barbecue, a legendary BBQ joint that we will visit later in the series. With a row of smokers, he churns out all of the Texas staples: brisket, sausages, beef ribs, as well as smoked pork ribs, pulled pork, turkey, and even Frito pie. They also run a variety of daily specials and have a bevy of side dishes, sorted helpfully on their menu into hot and cold.

The interior of the restaurant features tan brick, neon lights, and lots of wooden tables. It provides a communal atmosphere, fit for large families and other groups. It matches the atmosphere of most of these places and is full of the smell of smoking wood. In this case it’s post oak and the meats are smoked using an indirect heat pit.

When I visited, I enjoyed the brisket and pulled pork (they were out of beef ribs, unfortunately). The brisket had a nice peppery bark and wonderful smoke ring. Despite its location in a shopping center, it matches some of the best brisket in the state. It melts in your mouth and goes well with the spicy red BBQ sauce they provide. The pulled pork was a surprise as well, nice and fatty and surprisingly similar to Carolina-style pork, with a vinegary seasoning to it. I also enjoyed some wonderful sides of mac and cheese and potato salad. The potato salad was unique and made with a sour cream-dill base, giving it a distinct and delicious flavor. And, as always, there were white bread, onions, and pickles.

The Film: Dazed and Confused

One of several films that is distinctly Austin in character, Dazed and Confused has long been heralded as a coming-of-age classic. Though when you ask director and writer Richard Linklater where exactly its supposed to take place, his answer is rather nebulous. The film takes place in Anytown, Texas, or even as far east from Austin as Huntsville. Still, the film was shot in Austin, and the hippie attitudes of many of the late-70s Texans in it match Austin’s reputation as a place for “weird” people. “Keep Austin Weird” is a beloved slogan of the city, even as it continues to grow and commercialize. Though Dazed and Confused could be paired with any of the Austin joints, Stiles Switch BBQ does have a picture from the film on its wall, so that makes it a natural pairing. 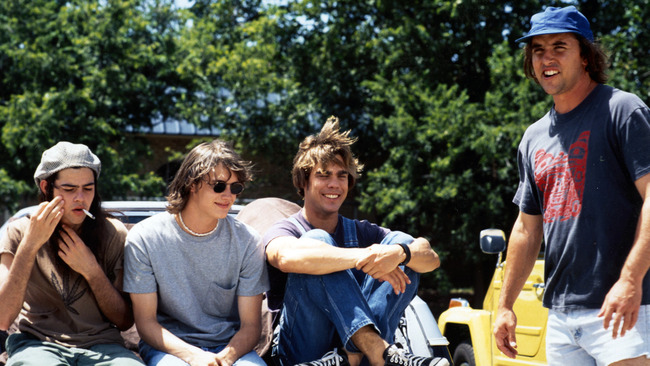 While these Austin teens do not do what one might except typical Texas teenagers to be doing (perhaps cow-tipping, rope-jumping, hunting, or fishing?), the film is still pretty Texan in character. From the famous “alright, alright, alright” drawl of Matthew McConaughey’s first major film role to its depictions of seniors paddling freshmen, it does capture a few Texan distinctions. The cast of this film is notable for the huge number of actors that would go on to become stars after the film, including Ben Affleck, Milla Jovovich, Adam Goldberg, Parker Posey, Marissa Ribisi, Anthony Rapp, Cole Hauser, and Renée Zellweger in a blink and you’ll miss it role. The film feels very authentic in its treatment of high schoolers. It also finds authenticity in avoiding trying to sum up some giant coming-of-age experience. Like American Graffiti and a few others before it, the film takes place in one day, the last day of school, and features the trepidation of middle schoolers going to their first day of school, juniors feeling the weight of becoming seniors, and seniors facing the prospect of entering the real world.

Linklater’s script wisely avoids pontificating or trying to hammer home any of the arcs too hard. This can leave Dazed and Confused feeling loosely edited at times as the film sometimes just wanders around from character to character, and incorporates a few repetitive scenes.  Even so, it does capture the listlessness of youth and adolescence well and the setting of the suburban surroundings of Austin adds to this character. It hones into the suburban nightmare trope without ever drawing attention to it or being obvious about it, as many of these films do.

As this time of quarantine has shown us, life can indeed be dazing and confusing, and Linklater managed to commit that genuine experience to film. It’s not the most mature of his work, perhaps deliberately so, and it’s comedic side-tours keep it from resonating as deeply as the aforementioned American Graffiti. But Dazed and Confused is still a great Texan film and a herald of Linklater’s coming greatness. He may feature again in this project, given his proclivities for his home state, the home of this Flickchart Road Trip. 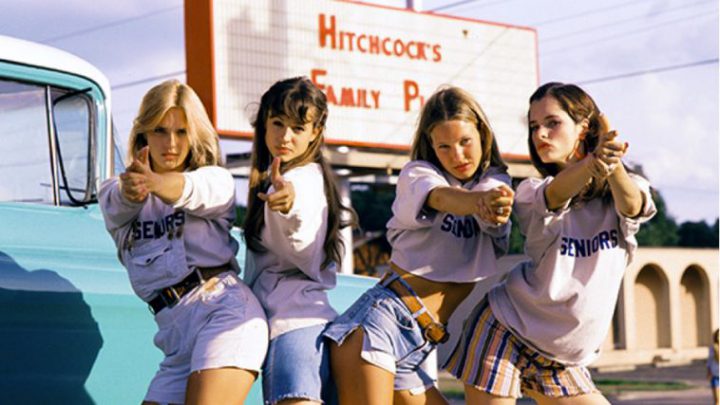 Does anyone eat barbecue in this film?

Sadly, no, still no BBQ this time!