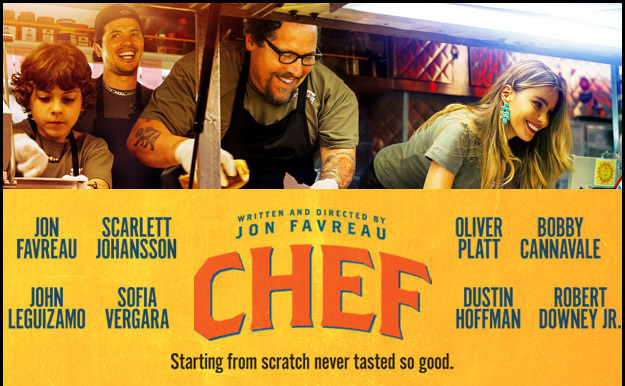 We may be premature in declaring a potential mountaintop trip here, but to be fair, today’s destination is not the #1 rated destination on the Texas Monthly list. Flickchart is visiting one of the undisputed kings of Texas BBQ today, just east of I-35 in Austin. We are visiting James-Beard winner Franklin Barbecue! 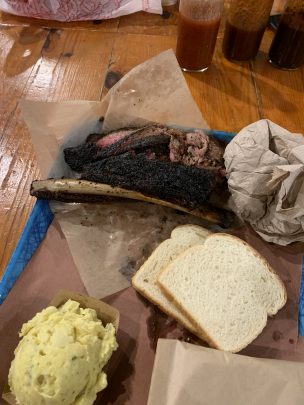 We may not be able to add much more to the conversation when it comes to Franklin Barbecue, because when you’re one of the best, you get lots of ink (digital or otherwise). Aaron Franklin is a name that BBQ aficionados say with near-religious reverence. He’s written books, made YouTube videos, been featured on cooking show after cooking show, and is the only BBQ master to show up in a film you can rank on Flickchart. Franklin is not a storming-angry British chef or a prissy French gourmet, though. He’s a humble guy who got his start throwing backyard cookouts for his family and friends. Steeped in a central Texas tradition that had somewhat fallen by the wayside by the 90s and 00s, Franklin returned classic Texas BBQ to the limelight.

He opened his trailer in 2009, and soon there were endless lines. He moved to his current location a few years later, and the lines followed. With a 60s chic style, speakers blasting laid-back country classics, cement floors, and a distinctive light-blue sign, Franklin is a place worth waiting for. Usually the wait is anywhere from 3 to 4 hours. One might wonder if any food is worth that wait. I’ve been three times.

Like many of the places on Texas Monthly‘s list, Franklin smokes with post oak and uses an indirect-heat pit. So why is this particular BBQ so coveted?

Franklin utilizes only a specific breed of beef, a grass-fed line from Montana that is hormone- and antibiotic-free. He has attained a level of consistency and quality that is amazing and hard to match. He goes to work at 3 AM to prepare for the next day. His staff match his attitude both in dedication and friendliness. They pre-tally what people in line want, and they are careful never to over-promise or make you wait in line for meat you can’t get. Free samples are sometimes handed out as well.

In addition to the usual brisket, Franklin offers pork ribs, beef ribs, pulled pork, turkey, sausage, and chicken. One fault to find, if you’re looking for a negative, is that Franklin doesn’t make his own sausage, instead sourcing it from elsewhere in town. He also gets a variety of small pies (pecan and bourbon banana in addition to a specialty) to help round out your meal, as well as white bread and traditional sides of potato salad, mac and cheese, and cole slaw.

On my most recent visit I had brisket, beef ribs, and pulled pork. The brisket is, in a word, divine. It is the epitome of what you want from your Central Texas brisket. The bark is one of the most flavorful bites of food you will ever consume in your life, and every bite is equally tender and flavorful. This brisket is simply unbeatable. The beef rib was fall-off-the-bone tender and delicious, though perhaps not quite matching Pinkerton’s beef rib for flavor. The pulled pork has a wonderful, Carolina-like vinegary flavor, and is succulent and tender. The potato salad, a mustard-base, manages to exude quality even against the lineup of meats. Finally, the pies are fantastic as well. 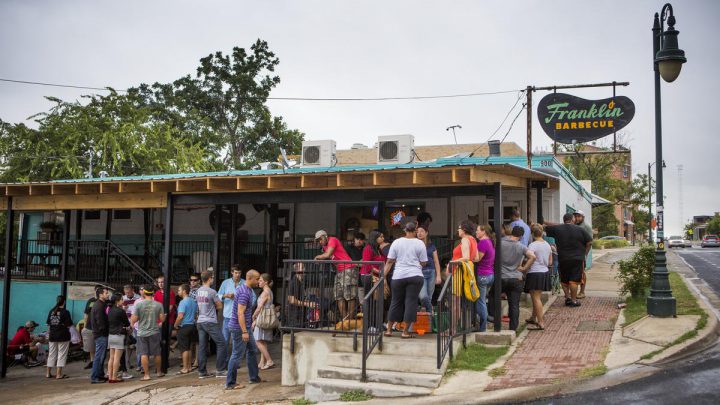 Like last time’s Frank, Chef is a bit of a cheat as an Austin, but is also perhaps the most on-theme movie in this Road Trip. Jon Favreau, who also directs, plays a talented chef who falls into a creative rut with his cooking and his relationships. The film takes place in a variety of locations, centered around California but with a road-trip element in the second half in which a food truck visits several U.S. cities. One of those is Austin, where the characters visit Franklin Barbecue. Aaron Franklin plays himself and lets Favreau use some of his briskets in the food truck. Therefore, Franklin Barbecue earns the distinction of being the only BBQ spot on this list to be featured in a film. 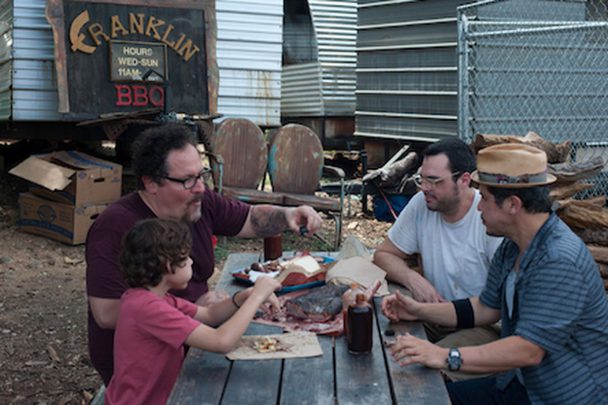 As for the film itself, I liken it to a nice piece of store-bought cake. It’s easy to eat, nice and sweet, even if ultimately not too remarkable and a bit too fluffy. The movie is something of a reflection on Favreau’s experience working for the Marvel/Disney films. Favreau’s chef is commanded by a fun, curmudgeony Dustin Hoffman to cook what sells well and what people like. The chef feels his creativity is cramped and wants to cook his own unique dishes (read: Favreau wants to direct quirky indie films again and escape Iron Man). It’s a simple enough story arc, but Favreau’s charisma makes you care about his character.

The direction isn’t anything too awe-inspiring, but Favreau keeps a nice sense of pacing, and seeing his relationship progress with his child is cute. We also get some of Favreau’s Iron Man regulars in small parts, including Scarlet Johansson as Favreau’s head of house and fling and Robert Downey Jr. as one of his wife’s rich, quirky boyfriends. Some of the other supporting cast include Bobby Cannavale (Chef Jeff from Master of None, which is fun), Sofía Vergara as Chef’s wife, and John Leguizamo as Chef’s lovable sidekick. All offer solid performances and make for a fun group of characters. 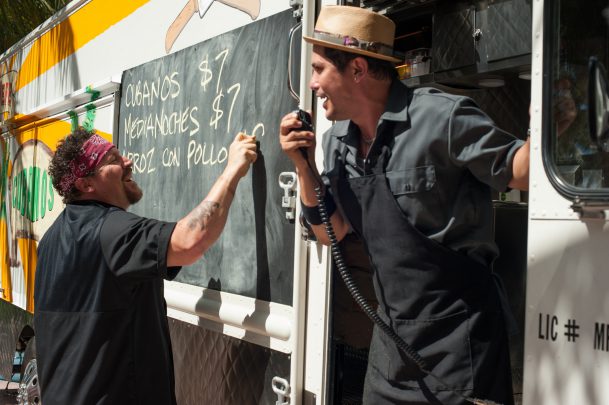 Chef is a film that will leave you with a big grin by the end as you enjoy the great soundtrack, and interesting family dynamics keep it from being overly-cliched despite a predictable ending. It may not be the masterpiece that Franklin Barbecue is, but it’s a good accompaniment to some great comfort food.

Yes! As mentioned, Franklin Barbecue is featured prominently in the film and is eaten on-screen.