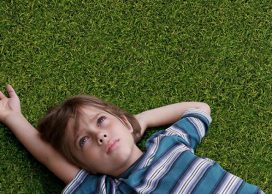 Welcome back to Flickchart’s BBQ Road Trip across Texas. We remain in central Texas this time around, hopping onto I-35 and heading south of Austin towards one of the many towns between Austin and San Antonio in the long suburban sprawl along the highway. 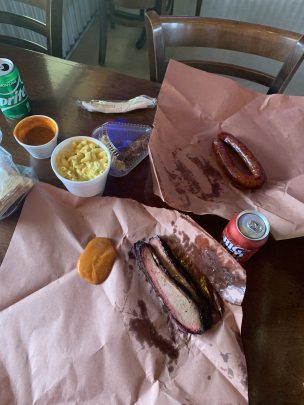 San Marcos (that’s pronounced San Marcas for all you non-Texans) is the county seat of Hays County. Founded on the banks of the San Marcos River, archeological evidence suggests that some form of human habitation has been on the site for over 10,000 years. That means humans have been potentially smoking meat there since then, making it one of the oldest homes to BBQ in the Americas. The river has never been known to go dry. The area earned its name when Spaniard Alonso de Leon lead an expedition through the area in the late 1600s and reached the river on the feast day of St. Mark, giving the river its name. Later in the 1800s, groups of Mexican families settled at a nearby crossing and named the area San Marcos.

In 1846 when Anglos moved in, the Texas Legislature made the town of San Marcos county seat. The current town center was laid in 1851 and soon became a center for milling and ginning. One of the earliest settlers of this town was Texas Revolution hero Edward Burleson, who helped dam the area. Cattle and cotton would later become a source of growth following the arrival of the railroads. The town has continued to grow in the decades since with universities, military bases, and even a theme park. Nearby Austin’s growth has affected San Marcos as well, and it is now one of the fastest-growing cities in America. Multiple national publications have named it one of the best small cities in America and a great place to raise a family.

Hays County BBQ is a joint to match its town. It has continued to grow since first opening its doors in 1994. Taken over by the Hernandez family in 2007, they changed the name in 2011. Dominated by neon light and wooden tables, the wide open space reflects the character of a modern BBQ joint. Pitmasters Michael Hernandez, Aaron Hernandez, and Omar Serna cook out back with a typical post oak indirect-heat pit method. One thing you’ll immediately notice are the cheap prices. Many of the places on this list charge a prestige price, but a small meal for two people here was just over 20 dollars. An entire ring of the delicious jalapeno-cheese sausage was about 4 bucks. We also tried brisket, as well as the restaurant’s hatch green chile mac & cheese. 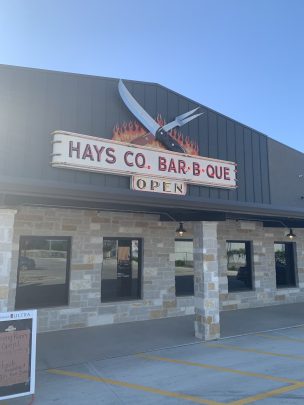 The sausage was delicious, with melty cheese and jalapeno peppers providing a poppy flavor. Smoky undertones made it a piece of fine BBQ. The brisket was also on-point with a nice dark bark and bright pink smoke ring. With thin, long slices, each bite of the brisket was flavorful and full of that peppery, smoky taste. The side was a highlight in of itself; the mac and cheese had a wonderful blend of cheesy flavors, and the addition of green chiles took it over the top. This was surely one of the best sides on our BBQ trek.

Boyhood would fit well with a couple of different spots on this list. Chronicling the boyhood of one, you guessed it, boy, and famously filmed over 12 years so as to allow us to watch the boy grow up on screen before us, the whole film takes place in Texas. They move multiple times throughout the movie, living in Houston, an unnamed small town, and finally moving to San Marcos. Boyhood doesn’t hide any of its Texas qualities, with the Texan geography playing a key role in the film. They go to an Astros game, visit the University of Texas’s campus in Austin, and more. The movie is from director Richard Linklater, a Texas native who also directed an earlier entry in this project, Dazed and Confused. 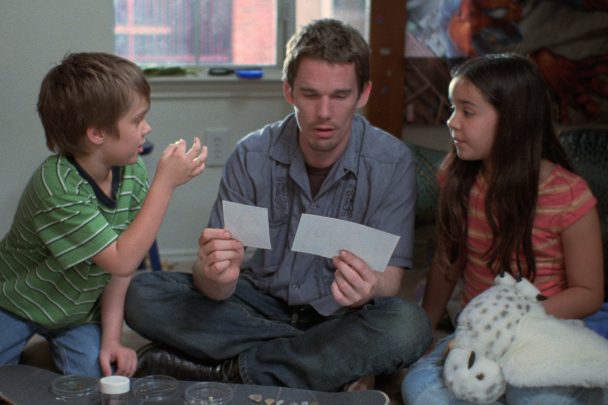 Much was made of this movie’s filming process when it released. Linklater was lauded for this amazing look into a lead protagonist growing up on-screen. It is indeed an amazing effort to put this much dedication into capturing the genuine look of a child growing older before your eyes. But does this actually benefit the film itself and create a great story worth telling?

For the most part, yes. While the script perhaps suffers a tad by incorporating the child’s actual real life interests, creating an uneven arc at times, Boyhood is a moving and powerful film about the traumas and ups and downs of life. Plenty of accolades should go to the amazing performances from Ethan Hawke and Patricia Arquette. Seeing them age and mature onscreen is almost more compelling than the boy. Hawke’s character is well-written, and the arc he takes throughout the film is heartbreaking in some respects. You see a man grapple with the loss of his childhood dreams and become responsible. Admirable for sure, and seeing the positives it brings to his life are great, but there’s also a sense of something lost.

That’s all reflected into the central boy, played well by Ellar Coltrane as he ages and begins to wonder about the big questions of life. His struggles with purpose and meaning become haunting and daunting questions. But for those who think this is going to be some dreadful, existential nightmare of a film, don’t be deterred. There is plenty of joy in Boyhood as well, and seeing characters find their purpose is all the more gratifying due to the struggles at hand. 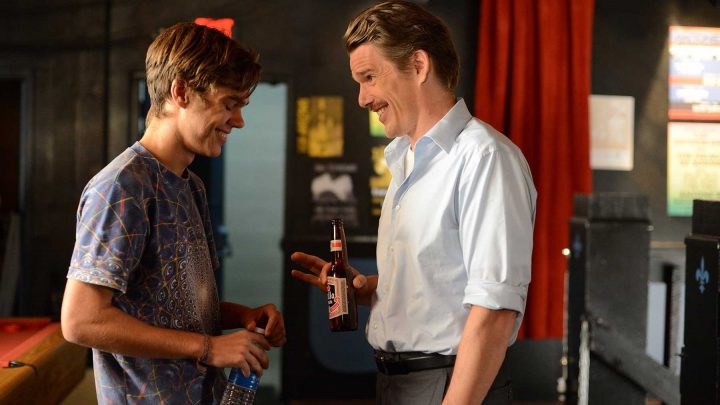 Watching the child growing into an emo photographer feels a little less satisfying, and the script ends the film with a very on-the-nose scene that spells out the themes of the film. But the strengths of Boyhood are apparent. It’s a very powerful work that resonated a lot for me as a child born in 1994; I looked up the actor’s birthday, and he is only two weeks younger than me. This is my boyhood in so many ways. From watching Dragonball Z as a kid, to dealing with the unknown terror of 9/11 as a small child, to the Bush years and the Obama years and a growing cynicism among people even as technology seemingly brought them closer together. As a child of a split household, Linklater captured a truth of my life that I’m sure resonated with many. And this film smartly avoids any stereotypical depiction of Texas, and instead shows us a real part of Texan life, at least for many. Boyhood is a film of life, both good and bad.

Surprisingly, no. There were many meals eaten in the film, but none included BBQ.