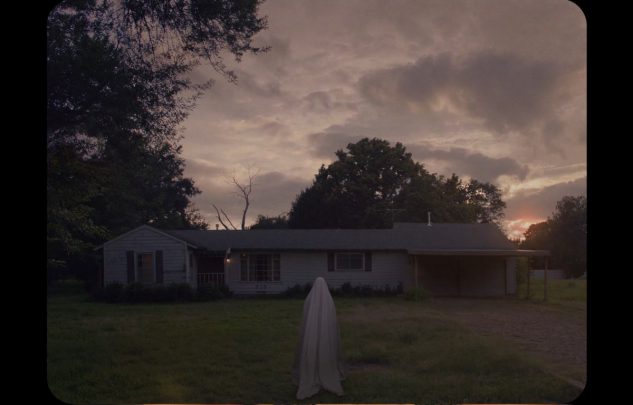 Welcome back to the Flickchart Texas BBQ Road Trip. This time we’re making a drive that thousands of people make everyday, along the stretch of highway from Dallas, through Arlington, and into Fort Worth! Does it ever cross your mind? 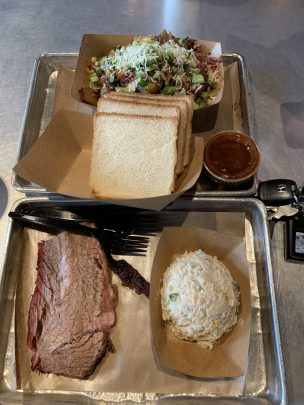 While Dallas is certainly the name that more people know, the Dallas-Fort Worth metropolitan area is a huge business center and Fort Worth is the “other” half of it. Home to multiple universities and the corporate headquarters of multiple multinational corporations, Fort Worth is a prosperous metropolitan city. It has what is widely considered one of the best art museums in Texas, the Kimbell Art Museum, which is also considered one of the best architectural achievements of the modern era.

Fort Worth was established in 1849 by the United States military as the northernmost of a series of forts following the Mexican-American War. Known as where the West begins, it was a marker to define and protect Americans among the western frontier from Native American attacks. Though the fort itself was flooded in its first year and entirely abandoned by 1853, Fort Worth continued to prosper as a city due to the influence of the cattle trade. Soon earning the nickname Cowtown, the Fort Worth Stockyards became a center of the cattle trade, and it still has occasional cattle drives go through it.

While times changed, Fort Worth managed to remain an economic power during the West Texas oil boom in the early 20th century and the 1970s, bringing new wealth into the city. Like many places in Texas, Fort Worth earned its own distinction as the fastest-growing large city from 2000-2006. It was voted as one of America’s Most Livable Cities.

Therefore, it is only natural that Fort Worth has become home to one of Texas’s top barbecue restaurants. Heim Barbecue isn’t a long-standing tradition in the area like some of the other places on our list, though the owners talk about their family tradition of cooking. Travis and Emma Heim parked a truck in 2015 and started selling so fast that they were offered a spot on fast-growing West Magnolia by 2016. They quickly exploded onto the Texas BBQ scene, increasing their staff, getting a bar, and earned the distinction of being put on the Texas Monthly list in 2017. Heim cooks using oak and with an indirect-heat pit and has its own niche item, bacon burnt ends. 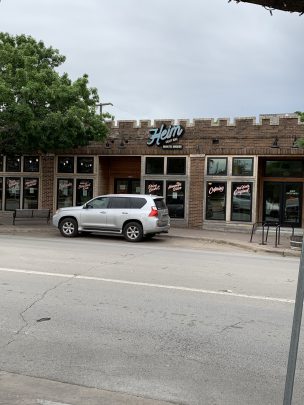 I didn’t get to try the bacon burnt ends, but I did try a nice slice of thicker brisket. Unfortunately that was the only meat option I got to eat, due to how late in the day I visited. But what a slice it was! While it lacked a distinct bark, it was well-smoked with a thin yet bright-red smoke ring. It was cut long and broad, but made a tasty bite every time. I got to accompany the brisket with a delicious sour-cream-based potato salad that was fantastic. I also tried some bites of my girlfriend’s Frito pie BBQ delight.

I award the brisket 4 slices out of 5, and Heim Barbecue 4 smokers out of 5!

The Film: A Ghost Story 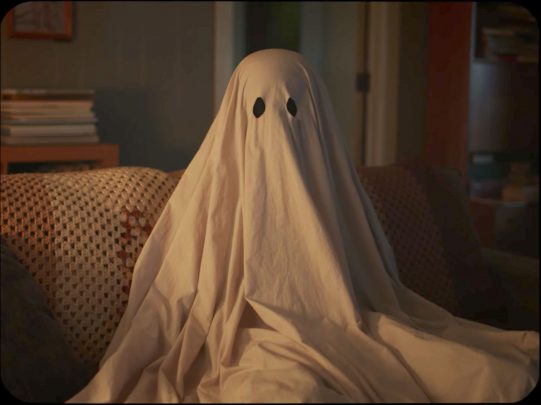 A Ghost Story is perhaps far from anyone’s mind when it comes to a stereotypical Texas film. It’s probably far from anyone’s mind about what a regular film is, for that matter. But director David Lowery is a native Texan (technically born in Milwaukee) and grew up in and around the Dallas-Fort Worth area, specifically in Irving. While no part of A Ghost Story specifically makes a nod to the fact that its in Fort Worth, Lowery filmed large parts of the film there and the film does touch on the urban emptiness that many feel in a giant metro area like DFW.

Depicting the marriage of Casey Affleck and Rooney Mara, Lowery loves long, slow, static scenes of characters doing very little. But this approach lends itself to powerful moments such as an early scene of the couple in bed together in each other’s embrace. The shot lasts close to five minutes, but it lets every little tender touch and kiss get captured. This is a type of scene we just don’t typically see in most cinema. The film doesn’t really “get rolling” until Casey Affleck dies in a car crash and returns as the titular ghost.

A Ghost Story is a haunting (pardon the pun) exploration of loss and what we leave behind on earth. Many may find the depiction of the ghost in the film a tad goofy; it’s just Affleck walking around in a plain white sheet with two eyeholes. But despite how silly it sounds, it’s highly effective at setting the tone of film, and it even becomes creepy at times. This isn’t a horror film by any means, but the endless quiet of death does become unnerving, and Lowery does create some scenes where the ghost suddenly appears that cause a jump.

Affleck’s character is forced to see the world around him change after he’s died. His wife grieves, things change, and the film dives into those existential questions of existence and the point of it all. While many may find the slow static shots unbearable, it allows A Ghost Story to become truly quiet and contemplative. The one point of arguable sloppiness is a scene about 2/3rds through the runtime where a character at a party gives a long monologue that basically spells out the themes of the film. It’s a touch on the nose, though credit to the speech itself being interesting and well-delivered. 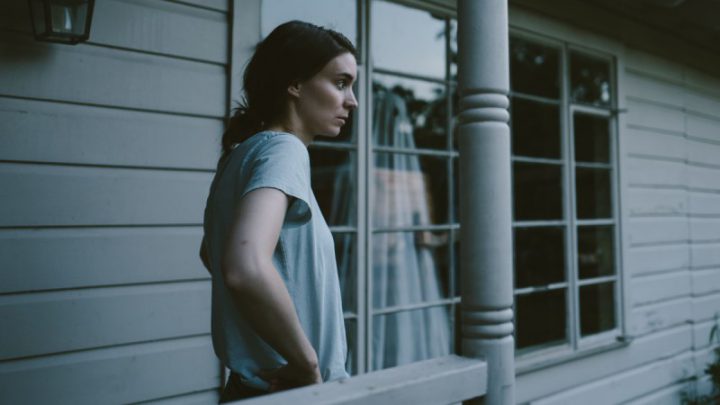 This film isn’t a traditional actor’s showcase, but Casey Affleck does a great job with what little time you see him onscreen, as does Rooney Mara. A Ghost Story left me thinking deeply about the questions posed and moved me on a deeper emotional level. You may not see Texas flags waving around, but the film displays the life and after-life of suburban Fort Worth residents struggling with the fundamental questions of existence. The, at-times, seemingly soulless endlessness of Texas suburbia is as good as a setting as any for that, and A Ghost Story is an excellent film to explore it.

A number of different meals, but no BBQ.