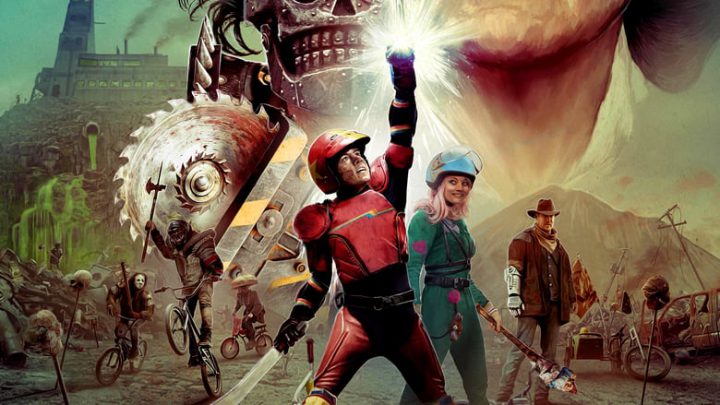 There are no rules, no gasoline, no water, and no mercy. The world needs a hero and his name is Turbo Kid.

Turbo Kid‘s bodacious blend of action, adventure, and comedy hit theaters in 2015 after debuting at the Sundance Film Festival. Reception was exceptional, but it was overlooked by the public at large. Even three years later, fewer than 300 Flickchart users have ranked it. Turbo Kid is a wicked ride through nostalgia and deserves to be seen!

Turbo Kid follows a young man called simply “The Kid.” He is surviving day-to-day in a post-apocalyptic world on his own, scavenging whatever he can find just so he can trade things for a simple bottle of water. Throughout the film we see vague flashbacks about his younger self and the reasons he’s alone.

This eroded world is under the thumb of an evil warlord named Zeus. He is played by Michael Ironside and he has an army of sadistic henchmen and a machine that grinds people into water.

Throughout the film, The Kid teams up with a sweet and naïve girl named Apple and a cowboy named Frederic. Together the three of them attempt to take down the ruthless warlord.

A crucial element that many films today struggle with is characters. Turbo Kid has very simple yet effective characters, starting with the hero and the villain. The Kid is hopeful, diligent, intelligent, and aware, but also fearful. Zeus is tyrannical, psychotic, and mysterious. Apple is brave, comedic, friendly, loyal, yet weak-minded; one reason she’s a great character is the fact that she’s not just “the love interest.” There is more to her than the audience knows at first. She can actually hold her own, and is in some ways a tougher character than The Kid. Frederic is witty, strong, charismatic, and always up for a fight. Then there is Zeus’s most reliable henchman, Skeletron. Although his character says absolutely nothing throughout the film, his movements and murderous intent are enough to signify that he is a pure sociopath. There is enough development and attention to detail in the characters that when they clash we are emotionally invested in the outcome. Plus, everyone rides bikes.

The acting is quite fair, but what elevates it is the skittish yet well-executed dialogue. Most of the best lines come from Apple, who delivers quotables like “This is my gnome stick” and “Ready to become a master of kicking ass?”

Turbo Kid is beautifully shot and has a lot of colors that pop on screen against the dreadful look of the wasteland. The action sequences are vibrant, and the movie is a total bloodbath. It is easily one of the bloodiest films of 2015; limbs are sliced off, there’s impalement, explosions, body parts flying. The violence is so excessive that it is humorous. Anytime someone loses a hand or even a jaw, a hose unleashes. The gore is absolutely magnificent.

Last but not least, the soundtrack: listening to the score of the film is an express ticket to nostalgia town. Its synth-pop soundtrack makes you feel like you’re watching a B-movie straight from the 1980s.

Turbo Kid is a charming film that needs more recognition. From its popping characters to its exaggerated violence, it is definitely something that we don’t get enough of. 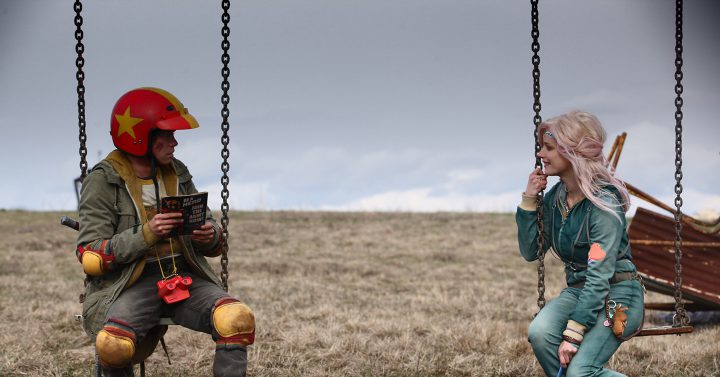 As a genre exercise, Turbo Kid is surely is not for everyone, but for open-minded movie fans who want an exciting break from the world of sequels, remakes, and reboots, it might remind you why you love movies.