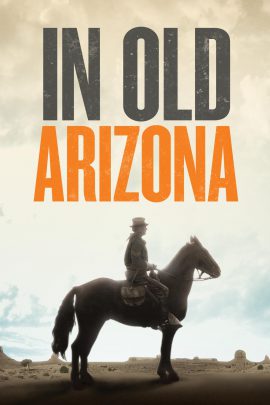 “Anybody can make a mistake. That’s why they have rubbers on lead pencils.” – Sergeant Mickey Dunn

I’ve recently become enamored with the Western genre. As a child, my parents’ television set was usually tuned to either a soap opera or a western, depending on which parent had the remote. My father loved western TV series such as Bonanza, The Rifleman, and Big Valley. He also was a big fan of Western superstars like John Wayne and Clint Eastwood. Through him, I developed an appreciation of the genre. So in a wave of nostalgia, I started doing more extensive research on the genre, and ended up watching the first spoken-word western film, and the first “talkie” to be shot outside of a studio: In Old Arizona.

The Genesis of the Western

The first actual western ever put to film was Annie Oakley, filmed in 1894 by Thomas Edison’s production company. It was a 20-second short that featured the real Annie Oakley, legendary markswoman, shooting at targets. The entire film can be viewed online here. Between 1894 and 1929, there were hundreds of short, silent, sometimes episodic serial westerns. 1928-29, when talkies became a thing, the western soon jumped on the bandwagon. In Old Arizona was the genre’s first full-length, full-sound movie. 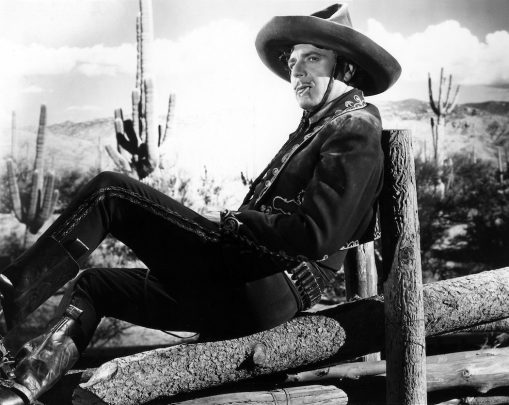 Released in 1929, In Old Arizona starred Warner Baxter, Edmund Lowe, and Dorothy Burgess, and was directed by Irving Cummings and Raoul Walsh. Warner Baxter plays a Robin Hood-like bandit called the Cisco Kid who robs only from banks and never from individuals. His goal is to get money for himself and his love, Tonia Maria played by Dorothy Burgess. Unfortunately, the military gets involved and Yankee-turned-sergeant Mickey Dunn, who is played by Edmund Lowe, is charged with bringing in the Cisco Kid dead or alive.

The film was nominated for 5 Academy Awards including Best Director, Best Writing, and Best Actor, the latter of which Warner Baxter won. The movie also created the notion of the singing cowboy, with several scenes involving the Cisco Kid singing and/or serenading his love Tonia. The singing cowboy went on to become a staple in many early westerns, and made Gene Autry and Roy Rogers household names in the 1930s and 1940s.

One might think that due to its age and the primitive film techniques available at the time, this film would be a poor representation of a good western. In actuality, this is a very entertaining and engaging western film.

Baxter is a charismatic actor, adding energy to each of his scenes. His a character is technically an outlaw, but also a sympathetic protagonist; the Cisco Kid doesn’t want to hurt anyone, he just wants to get enough money so that he and his love Tonia can travel to Portugal and live happily ever after. Burgess is wonderful as the beautiful-on-the-outside-but-not-on-the-inside love interest. Gunslingers, cowboys, and soldiers don’t stand a chance against our protagonist, but a woman can hurt him in the worst possible way. Edmund Lowe’s character brings humor to the film; his first meeting with the Cisco Kid provides a wonderfully funny introduction. The plot, it must be said, is a bit thin, but strong character moments and a satisfying ending make up for the simplicity.

How it Ranks As a Western

A singing protagonist, gunfights, a bar scene, a horseback chase: with this many western tropes, In Old Arizona might feel old-hat, but remember its age. In Old Arizona currently ranks at #9624 globally on Flickchart, just inside the global top 10,000, but within the Western genre it ranks at somewhat respectable #277 out of 1897.

Have you seen In Old Arizona? Have another favorite early western? Let us know in the comments below!