A Flickchart Guide to TCM in February

There’s no better time for this feature to return than February, the annual occasion of TCM’s 31 Days of Oscar tribute to Academy Award-winning films. Despite the recent and understandable tendency to denigrate the Oscars as too white, or too male, or too middle-brow, or just plain irrelevant, taking the entire history of the awards into account and including not just winners but nominees gives TCM a great excuse to play a month’s worth of stone-cold classics. And if you’re an obscurity lover, there may be fewer of them in February’s programming, but they are still there! For those of us still with big gaps in our classic film viewing, 31 Days of Oscar is a perfect chance to fill some of them.

You really can’t go wrong with most any of the programming this month, and you can see the full schedule starting here. But here are five absolute must-sees and five hidden gems that should definitely be on your viewing shortlist if you haven’t seen them. 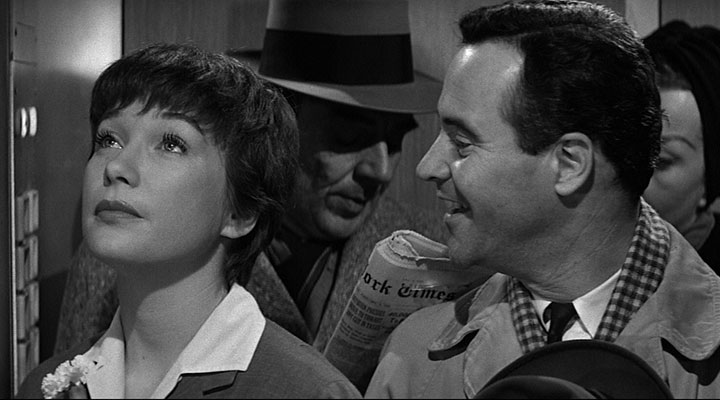 It’s one of the most low-key great movies ever, and Flickchart users agree, placing it at #27 on the global chart! Insurance agent C.C. Baxter (Jack Lemmon) hopes to climb the corporate ladder by providing his apartment to executives for their illicit trysts, which seems to be working out great for him until he discovers big man Sheldrake (Fred MacMurray) is using it to see comely elevator operator Fran Kubelik (Shirley MacLaine), whom Baxter secretly loves. The film deals with some surprisingly dark subject matter for 1960, including an attempted suicide in addition to the serial adultery that centers the plot. Lemmon strikes the perfect balance between humor and sadness, while MacLaine makes a strong case for the dark side of the Manic Pixie Dream Girl trope. Director Billy Wilder could do everything from film noir to farce, but here he simply makes one of the best human dramas ever put on film. 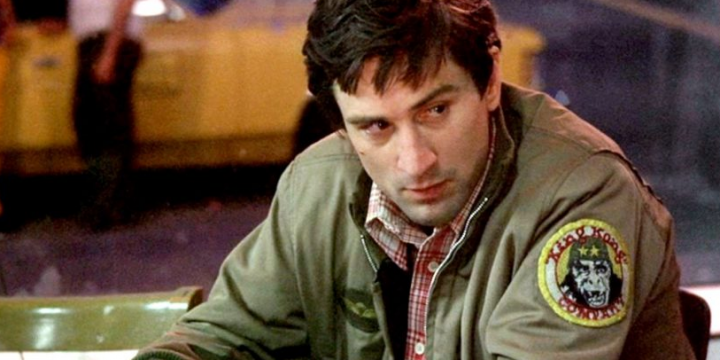 Many people are looking back at Taxi Driver and The King of Comedy as influences on Todd Phillips’ Joker, and with that film up for a ton of Oscars this month, what better time to revisit Martin Scorsese’s classic look at the destructive mayhem that can be caused by maligned and unhinged masculinity. Travis Bickle is a complicated and tragic figure in a way, which neither totally explains nor excuses his actions, but what can’t be denied is the electricity with which De Niro portrays him, and Scorsese’s deft direction. The film is still shocking in many ways, and it provides the template for characters described as “misunderstood” and all the complexity that surrounds that idea. The template, and to be honest, probably the best and most nuanced version of it. If you stay tuned after this you can get a really oddly wonderful double feature of 1970s greats, with Young Frankenstein playing next. 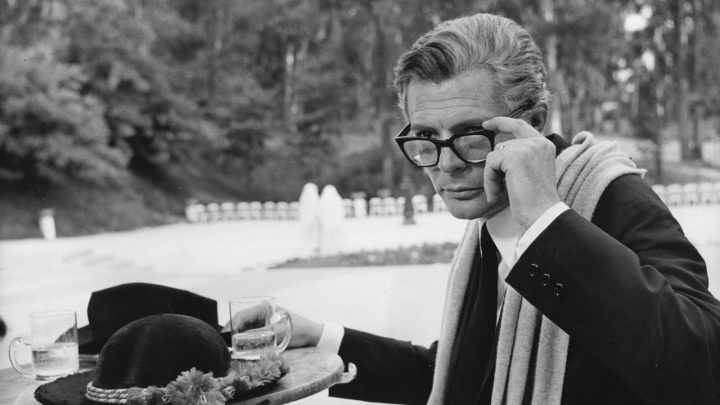 Thank goodness for that Best Foreign Film Oscar, which makes sure TCM brings some international flavor to the month’s programming. Topping the list for sure is Federico Fellini’s 1963 Oscar winner 8 1/2, a film about a film director’s inability to make a film. Spoiler, the filmmaker is a stand-in for Fellini. Must be nice to make one of the most highly acclaimed films when you’re struggling through making a film at all. The director in the film, played by Italy’s favorite son Marcello Mastroianni, searches for inspiration and a solution to his creative block through a series of his former lovers, who have in the past acted as his muses. Plus there’s a whole dollop of surrealism for good measure. 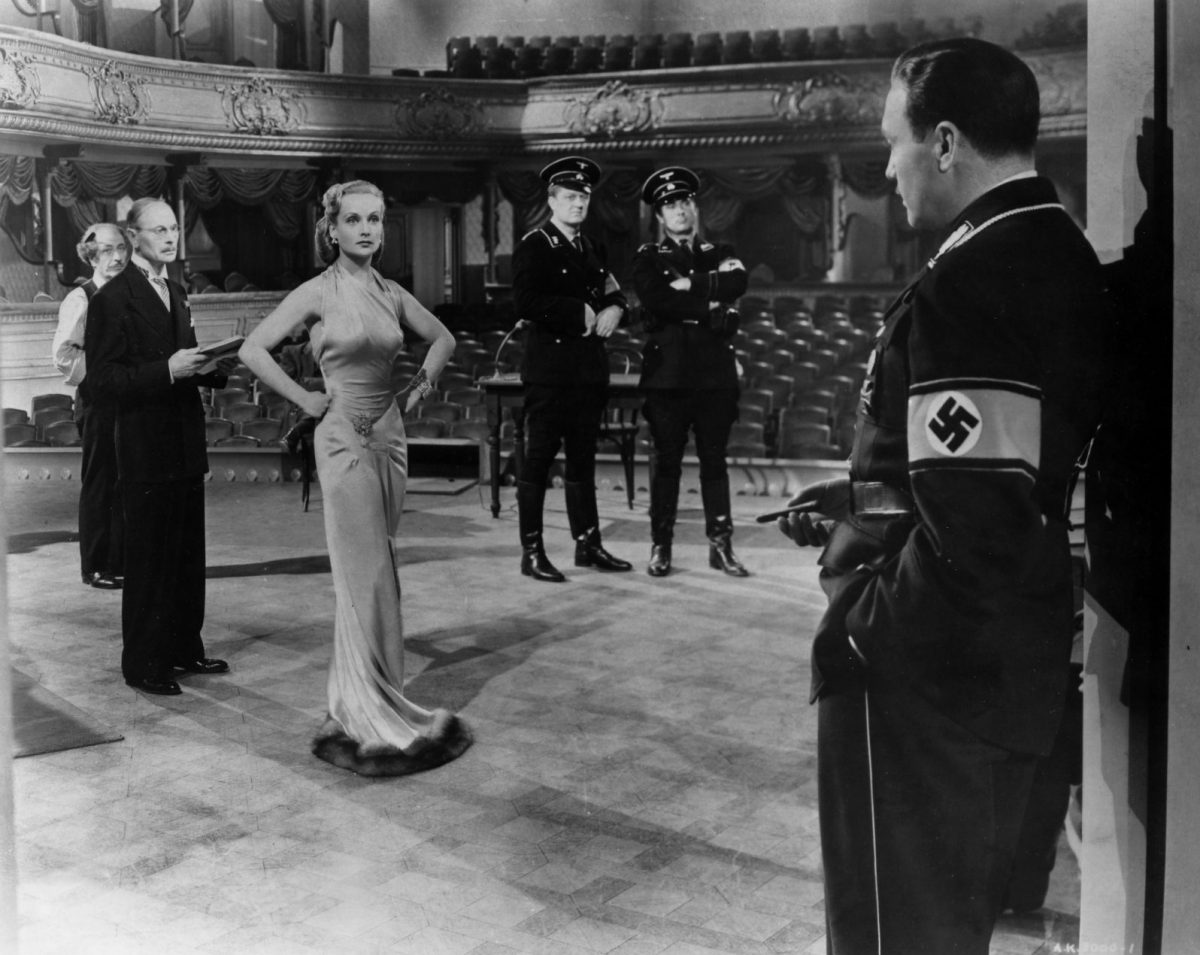 Known for frothy comedies employing “the Lubitsch touch,” a particular combination of innuendo and sophistication, Lubitsch turned his style to a slightly more serious subject without losing his signature flair with To Be or Not to Be. An Eastern European Shakespearean acting troupe led by Jack Benny is engulfed in Hitler’s conquering of Europe. Balancing the plot of Benny’s wife Carole Lombard cheating on him with a young army pilot against the plot of the troupe putting their acting talents to use as spies is no mean feat, and Lubitsch handles it perfectly, with a tone that deftly goes from farce to despair and back again. 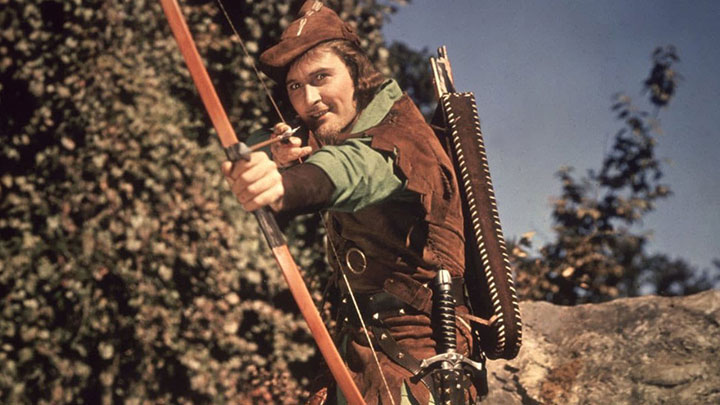 Silent film fans will argue with me, but for the sound era at least, The Adventures of Robin Hood is the quintessential ur-adventure film, and eighty years of cinema hasn’t bettered it. (Fight me.) Errol Flynn’s combination of compassion for the poor folks oppressed by the Sheriff of Nottingham and confident bravado against all comers — and good temper when he’s bettered, as by Little John who becomes his bosom friend — is utterly winning and has remained the dominant conception of Robin Hood. I would also argue that this is the first film that really shows the glory of three-strip Technicolor, with lush and deep colors that fairly pop off the screen. It’s also a really great introduction to classic cinema for kids, so huddle the whole family around TCM tonight. 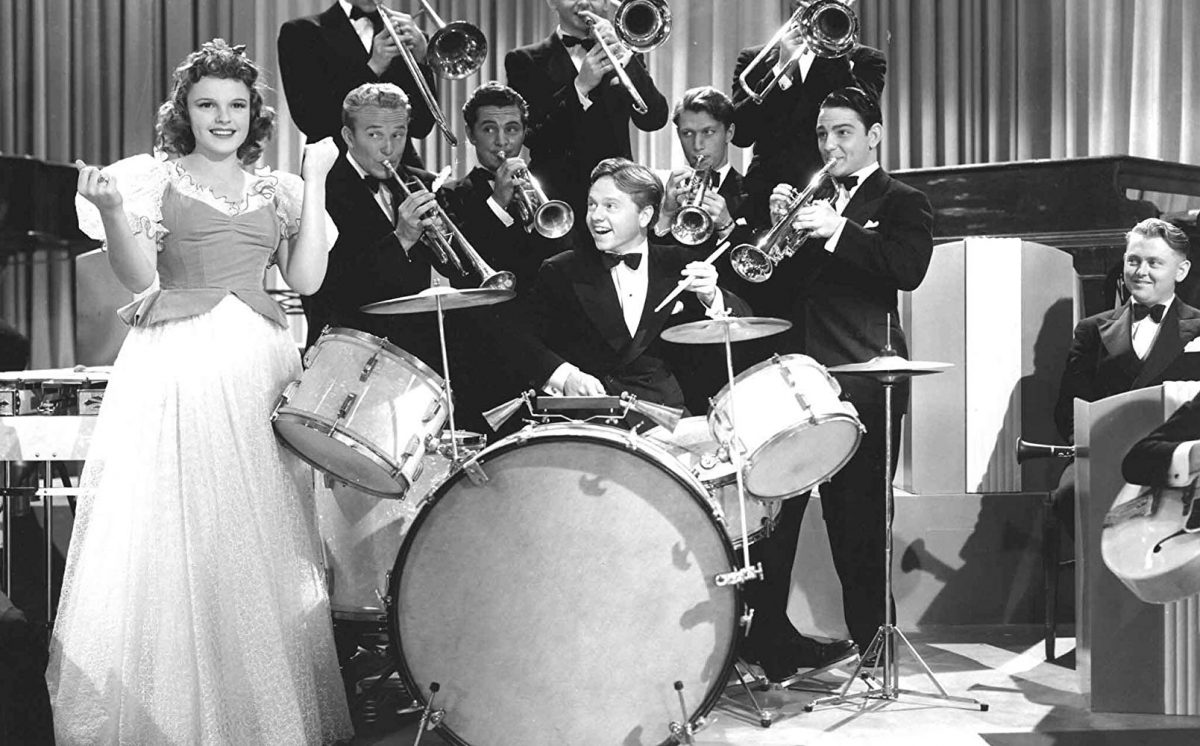 I’m pretty sure I’m featured 1943’s Girl Crazy on this blog before as the best of the ten films Judy Garland and Mickey Rooney made together, boosted by a Gershwin score and a grown-up Mickey/Judy, but of the films they made as basically kids, I’d put in a vote for Strike Up the Band. It’s a typical “let’s put on a show” plot, but this time it’s related to big bands rather than just backyard musicals, and that gives it a slightly larger scope that’s welcome. With Paul Whiteman’s Orchestra onboard and Busby Berkeley directing, this one is a lot of fun. 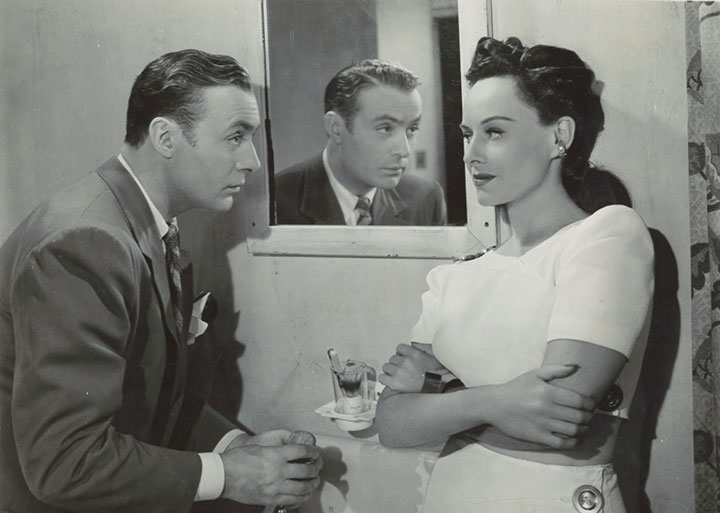 I’ve boosted this one before on the blog, but I’m going to do it again. It’s not quite as hard to find as it used to be, thanks to a recent Arrow Video blu-ray release (with a great essay from Farran Smith Nehme included that’s worth the purchase price), but it’s still great to see TCM continue to program it from time to time. One of the last films that Billy Wilder wrote without directing, it’s a wartime story with Boyer trying to emigrate to the US and looking for someone to marry to do that. Difficult immigration situations would’ve been fairly common at the time as Europeans tried to escape the Nazi regime (Wilder himself had done the same a decade earlier), but they weren’t as common on film. 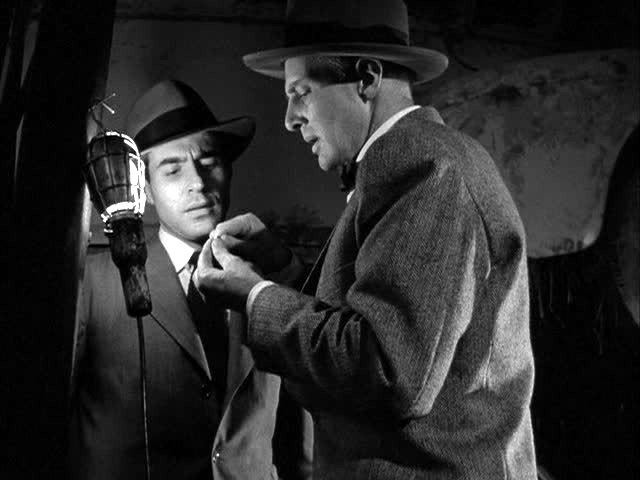 Speaking of things uncommon in film at the time, this detective noir starred Ricardo Montalban as a Puerto Rican detective in Massachusetts, which isn’t even plot-related — he just is. That’s unusual in 1950. This film also brings together the police with Harvard professor to investigate a washed-up body using the newly developing field of forensics. This is a nearly forgotten, fairly low-budget noir, but those two elements make it really interesting, and it’s a well-done little flick that really deserves to be more remembered. 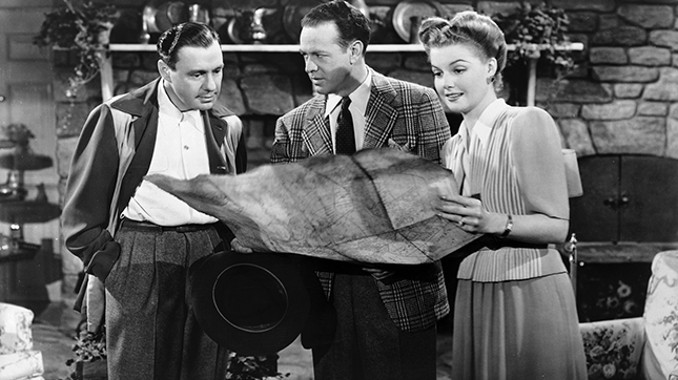 What is this, a second Jack Benny film in this post? Possibly these are the only two Jack Benny films I’ve even seen, but here they are. Many classic film fans are familiar with Mr. Blandings Builds His Dream House, which sees Cary Grant deal with a horrific home renovation project, and modern film fans will be familiar with Tom Hanks doing the same thing in The Money Pit, but this take on that idea predates them both. Benny is convinced by his wife to buy a rundown country house that George Washington allegedly once slept in. It’s pretty delightful. 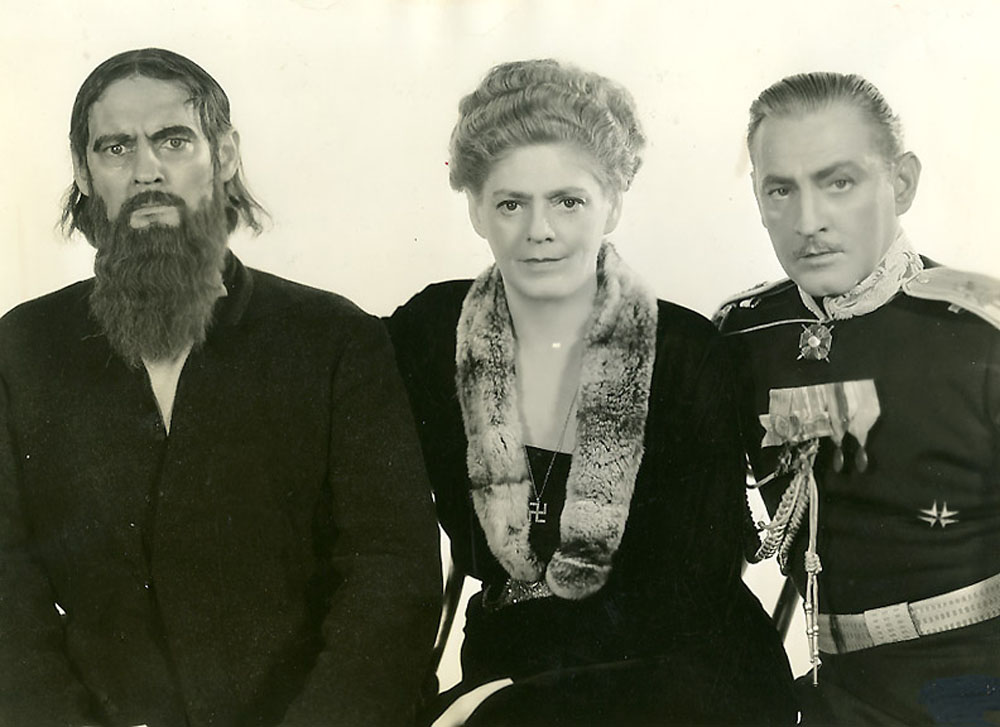 The Barrymore family continues to be one of the longest-lasting families of the silver screen, with Drew Barrymore carrying the torch into the modern era, but the family has been around since the silent era when John Barrymore was the matinee idol known as The Profile, Lionel Barrymore was maybe the most scene-stealing actor ever, and Ethel Barrymore stuck mostly to the stage except for a few scattered and quite memorable roles. Though John and Lionel starred together several times (John was usually upset at how much his older brother upstaged him), this film was the ONLY time all three siblings appeared together on screen, with Lionel as the mad monk Rasputin, reputed to be a cause for the discrediting of the Russian Tsardom and a catalyst of the eventual Russian Revolution.

Rank all films ever — prove us wrong — on Flickchart!