Almost every year this feature has run, at least one of the selected celebrities has still been living, their 100th birthday just days, weeks, or months away. This year it was almost Betty White. Sadly, the beloved TV and internet icon passed away on the last day of 2021, less than three weeks from her centenary. We can still celebrate her incredible career, and the lasting legacies of other stars born between January 1 and December 31, 1922, not only on their birthdays but all year long. Here are this year’s honorees and their highest-ranked Flickchart titles: 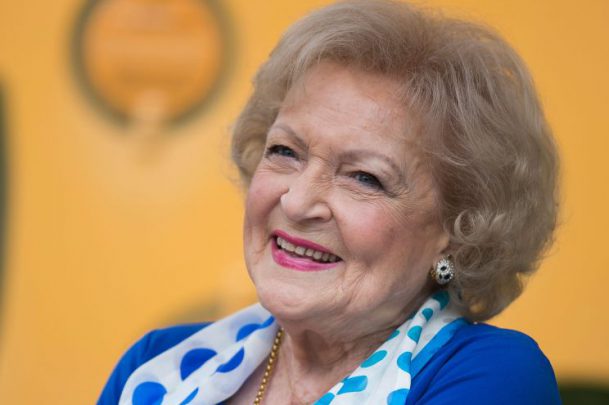 Betty White is famous for her television career, from talk shows and game shows in the 1950s, 60s, and 70s to the sensation that was Golden Girls in the 1980s and 90s. We’re a movie site, but we can’t help but put her on this list anyway. She does have a number of movie credits, but no matter the size of her screen she was pretty much always the same Betty White: kind, approachable, and sometimes surprisingly off-color. Her apparently genuine, unguarded persona helped made her an abiding media success story and ultimately elevated her to the role of proxy grandmother for an unlikely fanbase of millennials and Gen-Z-ers.

Among White’s last credits was a Pixar short co-starring Carl Reiner, who also got his start in midcentury television and would have turned 100 this year had he not passed away in 2020. White’s Golden Girls co-star Bea Arthur was also born in 1922, though she died in 2009. White was one of the last of a robust generation of funnywomen and men, and her January 17 birthday is a chance to remember them all.

If stars share a birthday we get to double up. Telly Savalas and Paul Scofield, both born on January 21, 1922, are a fitting pair: both were nominated for Oscars, Emmys, and Golden Globes, and they also bagged a Grammy and a Tony between them. The roles they got, though, were as different as can be. For the bald, heavy-browed Savalas it was often menacing outcasts: a prisoner on Alcatraz; a James Bond villain in a remote mountain lair; a maniacal, court-martialed soldier. For the theatrically-trained Englishman Scofield it was usually sober men of letters and high principles who cast judgmental eyes on the world around them: the martyred saint Sir Thomas More; the scholar Mark van Doren; the aged patriarch King Lear; a judge at the Salem witch trials. Both men brought shades of complexity to their roles, even for characters who represent extremes of good and evil. Savalas died in 1994 and Scofield in 2008. 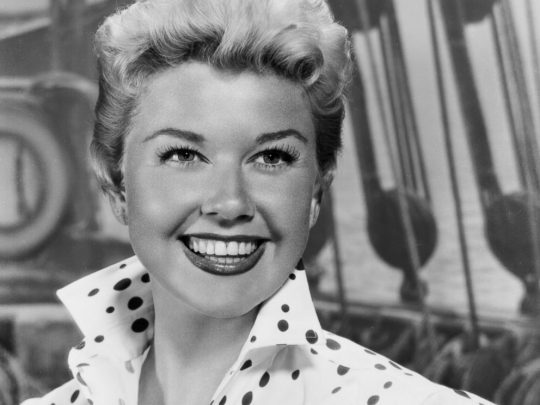 Bright and sunny, Doris Kappelhoff’s stage name Doris Day was imminently suitable to her on-screen persona. She shone in roles that called for girl-next-door charm, especially if the girl next door needed to sing. In fact, Day was arguably as well-known for her musical career as her movie roles, and that’s despite being the #1 box office star for several years in the 1960s. She recorded two number one hits, including the now-classic “Sentimental Journey,” before she ever appeared in a film. Once she broke into Hollywood she was a smash success, working with directors like Alfred Hitchcock and Michael Curtiz and appearing alongside leading men like Ronald Reagan, Rock Hudson, Frank Sinatra, and James Stewart. Her rendition of “Que Será, Será” in Hitchcock’s The Man Who Knew Too Much won an Oscar for Best Original Song. Day later transitioned to television and anchored her own shows. Day was also an animal welfare activist, devoting much of her sizeable California home to rescue pets. She died in 2019 at age 97. 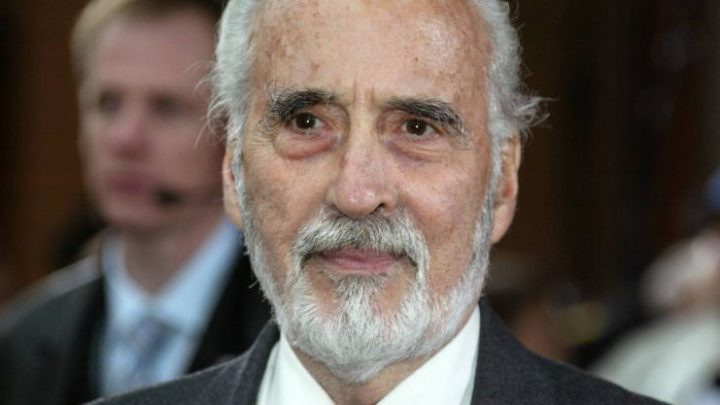 Sir Christopher Lee was the kind of man who seemed like he could have been successful in any walk of life he chose. Fortunately for us, he chose acting, and this resulted in an unparalleled film legacy spanning seven decades and nearly 300 film and TV appearances. His face, gaunt yet aristocratic, and his full, deep voice qualified him for the plummest roles in genre fiction, from Sherlock Holmes and Sherlock’s mysterious brother Mycroft to a Sith Lord to the fallen wizard Saruman. Like fellow would-be centenarian Telly Savalas, Lee also had his turn as a nemesis of James Bond. But it was the role of Count Dracula that he defined, and that for many years defined him; he played the world’s most famous vampire no fewer than 10 times. Lee was generous with his talent, speaking often and thoughtfully about his roles and treating each one with utmost seriousness. He worked right up to the end, with several of his final projects released after his death in 2015 at age 93.

* Note: Because Flickchart cast lists are generally limited to top 5 billed, the Lord of the Rings films do not appear on Christopher Lee’s actor page. 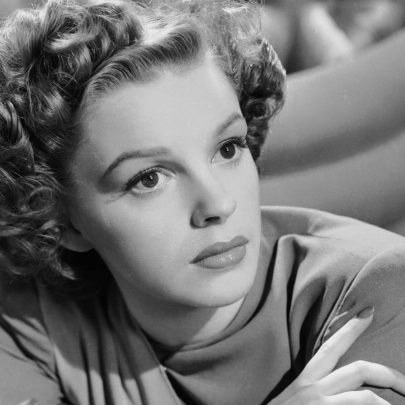 Seeing Judy Garland’s name on this list is a bit startling; is there a parallel world, somewhere over the rainbow, where she is still with us and just six months shy of her hundredth birthday? It’s difficult to think of her as belonging to the same generation as Betty White and Christopher Lee — being slightly younger than them, in fact — because she left us so long ago and shot to fame at such a young age. That combination of youth and fame proved a toxic combination for Judy’s health and happiness, but in her comparatively brief career she turned in more than her share of outstanding performances. Beginning with The Wizard of Oz and the musicals she made with Mickey Rooney and her second husband Vincent Minnelli, and continuing through darker fare like A Star is Born (the 1954 version) and Judgment at Nuremberg, Garland proved again and again that she was not some pigtailed flash-in-the-pan. She never stopped expanding her range and honing her craft, and her star has not dimmed. Garland died in 1969 at age 47. 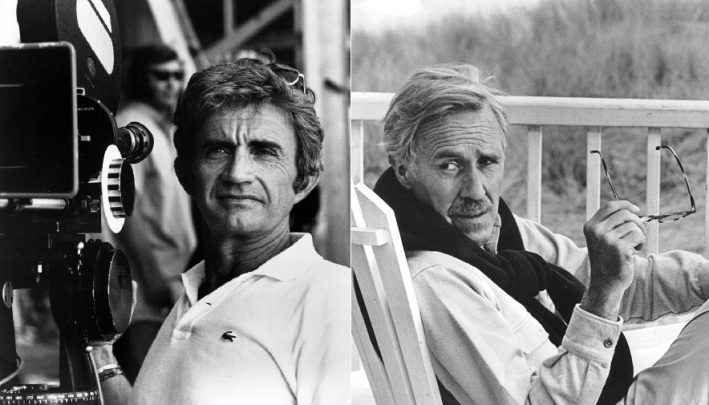 For those in the know, director Blake Edwards’s name conjures images of slapstick shenanigans, slightly-ribald capers, and star-studded dramedies. He was responsible for bringing iconic characters Holly Golightly and Inspector Clouseau to the screen, and he gave Tony Curtis, Jack Lemmon, Peter Sellers, and his wife Julie Andrews some of the funniest, smartest material of their careers. Edwards transposed silent-era comedic sensibilities into the Technicolor period, and he moved fluidly between genres, finding both laughs and heartfelt moments wherever he looked. He also worked closely with composer Henry Mancini, whose scores won four Oscars and 20 Grammys. Edwards died in 2010 at the age of 88.

Jason Robards, born on the same date as Blake Edwards, had a method actor’s brooding intensity in an era when winking charisma was still a surer route to box office success. Robards was the kind of character actor who could steal a scene and a movie even from powerhouses like Katharine Hepburn or heartthrobs like Robert Redford. His gravely voice and piercing eyes, as well as a masterful understanding of characters and dialogue honed in the theater, earned him steady work from the 1950s through the 1990s. During that time he received two Oscars and more Tony nominations than any other actor to date. Robards died in 2000. 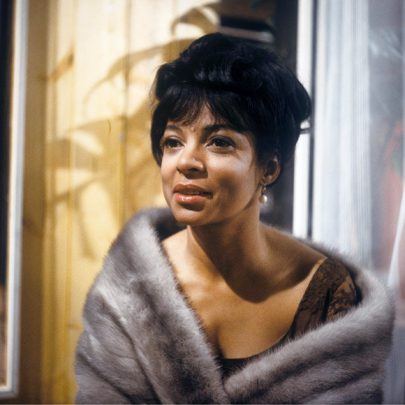 Ruby Dee came up in Harlem and its short-lived but influential American Negro Theater, which also helped launch the careers of Sidney Poitier and Harry Belafonte. Talented and beautiful, she quickly landed roles on Broadway and television. She appeared in the original stage run of Lorraine Hansberry’s A Raisin in the Sun and reprised her role, along with most of the rest of the cast including Poitier, in the 1961 film adaptation. Dee and her longtime husband Ossie Davis combined their busy entertainment careers with committed activism, helping to carry out the 1963 March on Washington and supporting their friends Malcolm X and Martin Luther King, Jr. during one the most tumultuous periods of the Civil Rights movement. In the latter part of her career Dee lent her matriarchal presence to the films of a young Spike Lee, son of a family friend. Though frequently in the conversation, Dee’s lone Oscar nomination came almost at the end of her career, for a supporting role in Ridley Scott’s American Gangster (2007). She is currently the second-oldest nominee in the history of the Supporting Actress category. Dee passed away in 2014. 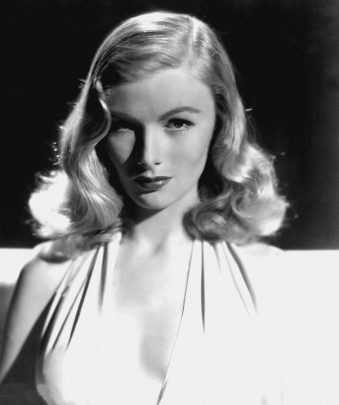 Younger moviegoers may have missed the reference when, in 1997’s neo-noir L.A. Confidential, the plot hinges on a Veronica Lake doppelganger played by Kim Basinger. Basinger ultimately won a Best Supporting Actress Oscar for the role, and while she was not technically playing Lake, this was a strange sort of tribute to a woman who was once a quintessential pin-up girl and one of the most marketable femmes fatale in the business. Born Constance Frances Marie Ockelman, Lake’s identity in Hollywood was carefully manufactured and controlled, which may have contributed to her struggles with self-doubt and addiction. Still, during her brief acting career she turned in memorable performances in a number of thrillers, comedies, and crime films that remain highly acclaimed today. Lake died in 1973. 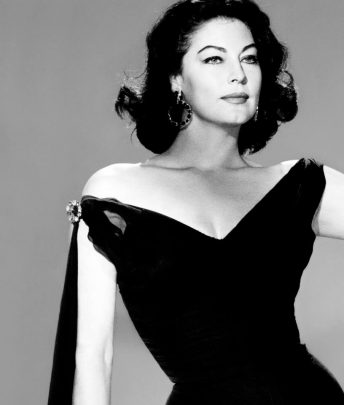 A brunette bombshell with fearsome acting chops, Ava Gardner was a movie mainstay from the 1940s through the 1970s. Her breakout role was in 1946’s hardboiled crime flick The Killers, which also launched the career of Burt Lancaster. Gardner made a habit of appearing in exceptional projects from some of the finest storytellers in Hollywood, including films by John Huston, John Ford, Vincente Minnelli, Joseph Mankiewicz, and Stanley Kramer based on works from the likes of Ernest Hemingway, Tennessee Williams, and Fyodor Dostoyevsky. Gardner brought a cool strength and confidence to characters both good and rotten, and she exhibited the same powerful sense of self in her personal life; she forged close relationships with Hemingway, Howard Hughes, Frank Sinatra, and others that lasted decades, with mutual loyalties lingering even after romances ended. Gardner died in 1990 at the age of 67 after suffering a series of strokes. 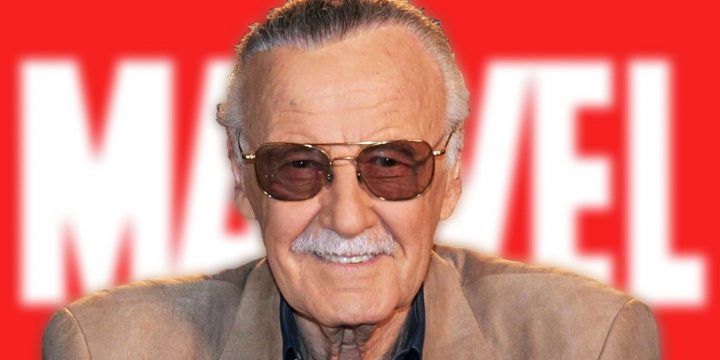 Stan Lee may have been just one part of a team of writers and illustrators who created the “Silver Age” of comic book superheroes, but he was destined to become the face of the Marvel Franchise. He lived long enough to see the characters he co-created, including Spider-Man, the X-Men, Iron Man, and many more now-household names, make the jump from subculture to culture thanks to Marvel Studios and its hegemonic cinematic universe. Lee relished the spotlight that found him in his final years, and he can be glimpsed beaming and joking in nearly every major Marvel movie filmed prior to his death. His catch-phrase “Excelsior!” became a calling card, almost as recognizable as his ever-present sunglasses and slick-backed white hair. Though advanced fans quibble about the relative contributions of Lee and his colleagues Steve Ditko and Jack Kirby to Marvel’s menagerie of heroes, long life and a screen-friendly persona ensured that Lee would be the one to bask in the glory of their collective achievement. He died at age 95 in 2018. 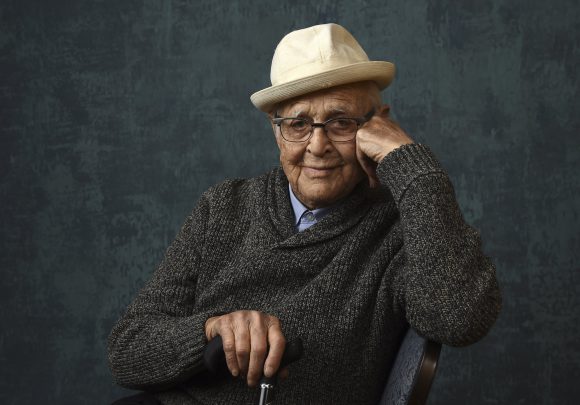 Norman Lear is a straight-up TV man, but we would be remiss not to mention him here, especially because he is (at press time) still alive and being excellent. He is known for the socially-conscious yet compulsively-watchable sitcoms he helped create, especially the interrelated cycle of All in the Family, Maude (which starred would-be centenarian Bea Arthur), The Jeffersons, and Good Times. Lear also had a hand in the creation of Sanford and Son, whose star Redd Foxx also would have turned 100 this year. Here’s to you, Mr. Lear, and happy birthday!