In 1919, while the eyes of the world were fixed on a palace outside Paris for the signing of the Treaty of Versailles that formally ended “the war to end all wars,” a disaffected German veteran named Adolf Hitler gave his first political speech in Munich. Meanwhile, in Moscow, the young Soviet government under Vladimir Lenin formed an organization called the Comintern in order to advocate for international communist revolution — it was just the latest of several similar organizations, and not the last. These events, minor in themselves, were stepping stones to two of the 20th century’s most earth-shattering events, World War II and the Cold War, but it would be decades before the significance of each was fully recognized.

Within the film industry, 1919 saw the formation of a new and instantly-powerful studio, United Artists, headed by silent-era stars Douglas Fairbanks, Charlie Chaplin, Mary Pickford, and director D.W. Griffith. Movies were an increasingly booming business in 1919, but few knew that the sound-on-film technology developed that year would change the industry forever in the coming decades.

Naturally, the talents of ten babies born in 1919 were completely unknown to everyone — most of all to the babies! None of the following ten stars who would have turned 100 this year are alive today, unlike some of the ones highlighted in this feature in 2015, 2016, and 2018, but we can celebrate their centennials anyway by watching the movies that made them immortal.

Here they are, in birth order:

Red Buttons won the Best Supporting Actor Oscar for 1957’s Sayonara, and outside of his substantial stand-up comedy work he would always be best known as a supporting actor. More than for Sayonara, most people today probably recognize him as one of the survivors of The Poseidon Adventure, as a villain in the original Pete’s Dragon, and as one of the older contestants in They Shoot Horses, Don’t They?‘s brutal endurance contest. Buttons’ subplot in the epic war movie The Longest Day is one of the movie’s most memorable; he plays a paratrooper who accidentally lands on a church steeple. Buttons died in 2006. 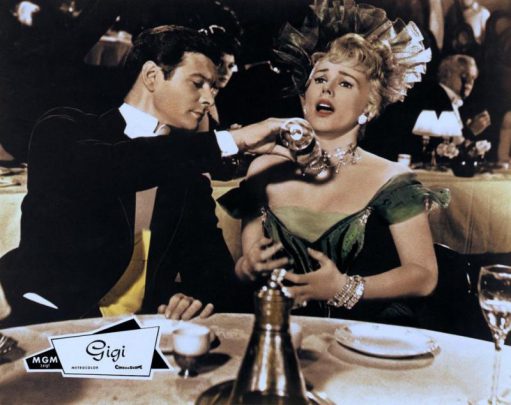 The youngest Gabor sister became a household name thanks to her fish-out-of-water role on the TV series Green Acres, but movie fans have reason to remember her as well. Born in Hungary, she started acting after moving to the United States at the outbreak of World War II. Gabor filled bit parts at first, but got more substantial roles in the 1950s and 1960s in films like the Best Picture-winner Gigi. She was a knockout beauty, but ironically her most enduring contribution to the big screen was as a voice actor: she provides the voice of Duchess in Disney’s The Aristocats and of the crime-solving mouse Miss Bianca in The Rescuers and The Rescuers Down Under. These animal avatars play on Gabor’s image as a continental socialite. Despite the air of exoticism and old money about her, Gabor always came across as fundamentally likable; she was a 1-percenter you could make friends with and that an Average Joe might even manage to marry. She passed away in 1995.

Born Volodymyr Palahniuk in Pennsylvanian coal mining country, the man who would become Jack Palance never seemed destined for silver screen stardom. After a few years in the mines, he escaped life underground by becoming a professional boxer, and then joined the military during World War II. Somehow he emerged from each of these dangerous professions relatively unscathed — though in later years his press agents spread the myth that his face had had to be surgically reconstructed after he bailed out of a bomber. Palance certainly owed a measure of his success to his eyes and cheekbones, however he came by them. After becoming an actor during his postwar college days, he quickly gained fame working for director Elia Kazan in Panic in the Streets, terrorizing Joan Crawford in Sudden Fear, and toting a gun in Shane. Palance would go on playing mostly cold, menacing types into the 1980s and 1990s, including a role in Tim Burton’s Batman as a mob boss who becomes one of The Joker’s first victims. Palance died in 2006. 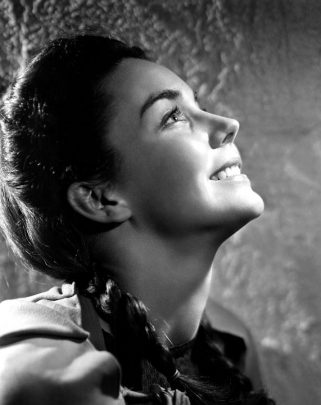 Jennifer Jones received 5 Academy Award nominations, winning the Best Actress trophy once for The Song of Bernadette. She was married to producer David O. Selznick from 1949 until his death in 1965, and most of her major work took place during their relationship. Jones followed up her Oscar win with the acclaimed Western Duel in the Sun, and her beauty and mystique led the British director duo Powell and Pressburger to cast her in Gone to Earth. Jones’ youth helped her play against older costars like Laurence Olivier and Humphrey Bogart throughout the 1950s, but she practically retired from acting after Selznick passed away. One significant late-career entry in her resume is the disaster film The Towering Inferno, which was a smash success at the box office and earned her a Golden Globe nomination. Jones died in 2009. 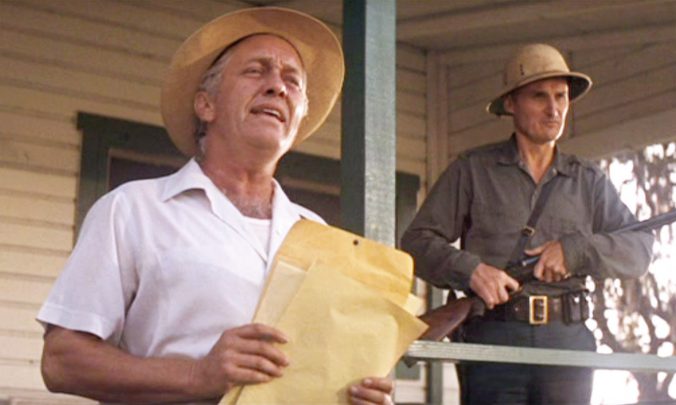 “What we have here is… failure to communicate.” Strother Martin delivered one of the most recognizable lines in cinema history as “The Captain” in Cool Hand Luke. His nasally, pedantic demeanor in that moment stands in striking juxtaposition to the dark shadow he casts off-screen in the rest of the film, and that contrast is a good summation of Martin’s screen persona. He was a bit of an effete man, but was used to good effect in hypermasculine films such as Kiss Me Deadly, McLintock!, and The Wild Bunch. With supporting roles in prestige Westerns like The Man Who Shot Liberty Valance and in more lighthearted adventures like True Grit and Butch Cassidy and the Sundance Kid, the prolific Martin made a mark on some of the most popular and critically-acclaimed movies of the 1960s. He died in 1980. 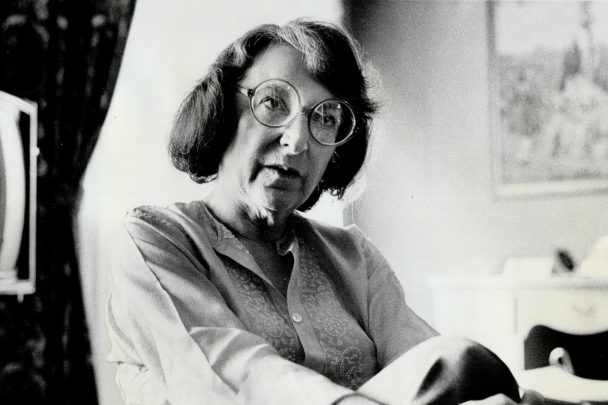 Pauline Kael had no part in the making of movies, but she can boast a strong impact on the way we watch and think about them. She was a film critic, an endlessly controversial one, and she helped shepherd the art of criticism into the modern era through her conversational, caustic, and revelatory style. It is impossible for anyone other than Kael to agree with all of Kael’s opinions, which were gleefully contrarian, but it’s difficult not to become absorbed in them. If she liked a movie she defended it passionately, and if she didn’t she raked it and its creators mercilessly (Clint Eastwood received particularly pointed scorn.) Through her books Kiss Kiss Bang Bang, I Lost It at the Movies, Deeper Into Movies, and others, she influenced not only later critics like Roger Ebert but even filmmakers. Wes Anderson and Quentin Tarantino are among those who have cited her as a major influence on their filmic sensibilities. Kael died in 2001. 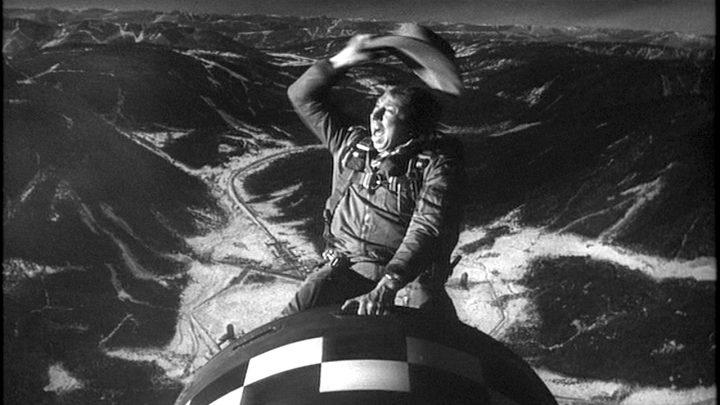 Slim Pickens may only be remembered for two movies, but they’re enough to secure his place on any number of top 10 lists. He’s the cowboy-hatted major who rode the bomb down to earth in Dr. Strangelove, his “yahoo”s echoing in the hush before the nuclear winter. That alone is enough for immortality, but Pickens renewed his legend status a decade and change later when he had to “Go back and get a shit-load of dimes” in Mel Brooks’ Blazing Saddles. Pickens (not his real name) started off as a rodeo rider and clown, but at the outset of World War II his recruitment officer misheard his profession as “radio” and he spent the war at a broadcast station stateside. He transitioned to film after the war and worked almost right up to his death in 1983. 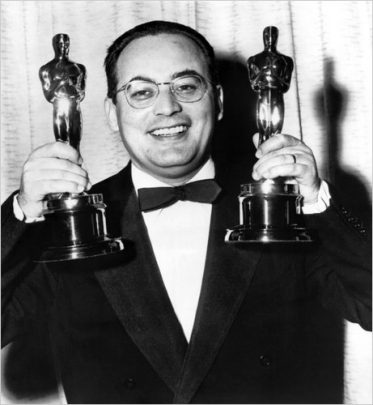 A spaghetti salesman turned international producer extraordinaire, Dino De Laurentiis’s name appears at the beginning of a mindboggling array of films from the 1940s through the first decade of the 2000s. He financed some of the Italian neorealist movements’s hardest-hitting dramas, like La Strada and Nights of Cabiria, then decamped to Hollywood where he backed war films, Westerns, and paranoia thrillers. In the 1980s the De Laurentiis company got involved in horror and sci-fi, helping to realize such films as Dune, The Evil Dead II, and numerous Stephen King adaptations. The two-time Academy Award recipient died in 2010. 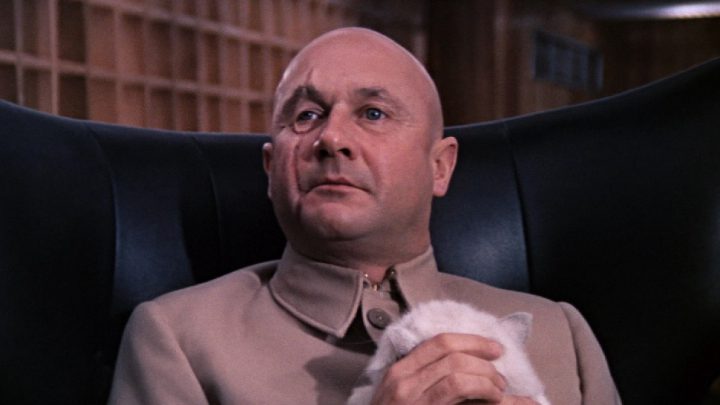 Donald Pleasence wasn’t too picky about his projects. With 234 acting credits to his name, there are plenty of what-was-he-thinking-and-how-much-were-they-paying-him titles in his filmography. Yet he hit pay dirt more often than most actors. Pleasence could do drama, like The Great Escape in which he plays a blind prisoner of war. He could do sci-fi, like George Lucas’s THX 1138 and two different productions of George Orwell’s 1984. He could do horror, tying together five films from the Halloween franchise as Dr. Sam Loomis. And, of course, he could do campy, like in the James Bond film You Only Live Twice when he was the penultimate supervillain: a bald, cat-stroking man with a Napoleon complex bent on world domination. Like many English thespians, Pleasence was also active on the stage, receiving four Tony Award nominations. He died in 1995. 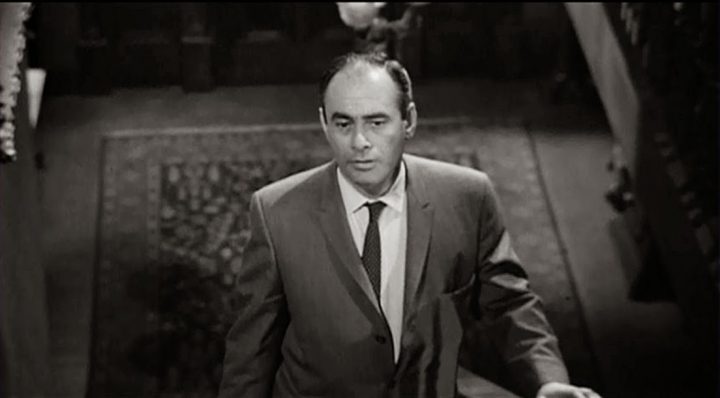 Martin Balsam excelled at playing men in over their heads. Often seen in a nondescript suit and hat and wearing an expression of resignation, he was an everyman caught in exceptional or trying circumstances. Accordingly, he was the perfect pick for Juror #12 in 12 Angry Men, a role that required an aura of anonymity and a projection of vague annoyance. Balsam also had a key role in Alfred Hitchcock’s Psycho as the detective who investigates the Bates Motel without ever understanding what’s really afoot, as Hercule Poirot’s less-clever sidekick in Murder on the Orient Express, and as the base commander at Pearl Harbor who only dimly perceives the coming Japanese attack in Tora! Tora! Tora!. Balsam could occasionally play a bit savvier, too, as he did in Breakfast at Tiffany’s and The Taking of Pelham One Two Three. He received a Best Supporting Actor Oscar for A Thousand Clowns in 1965, and passed away in 1996.

Did we leave off one of your favorites? Maybe Lawrence Tierney, who almost got in a fist fight with Quentin Tarantino on the set of Reservoir Dogs? Howard Keel, star of many an MGM musical? Eileen Heckart, another Oscar winner? Let us know in the comments below!

Rank all of the films mentioned in this article, and every other movie ever made, on your personal Flickchart!